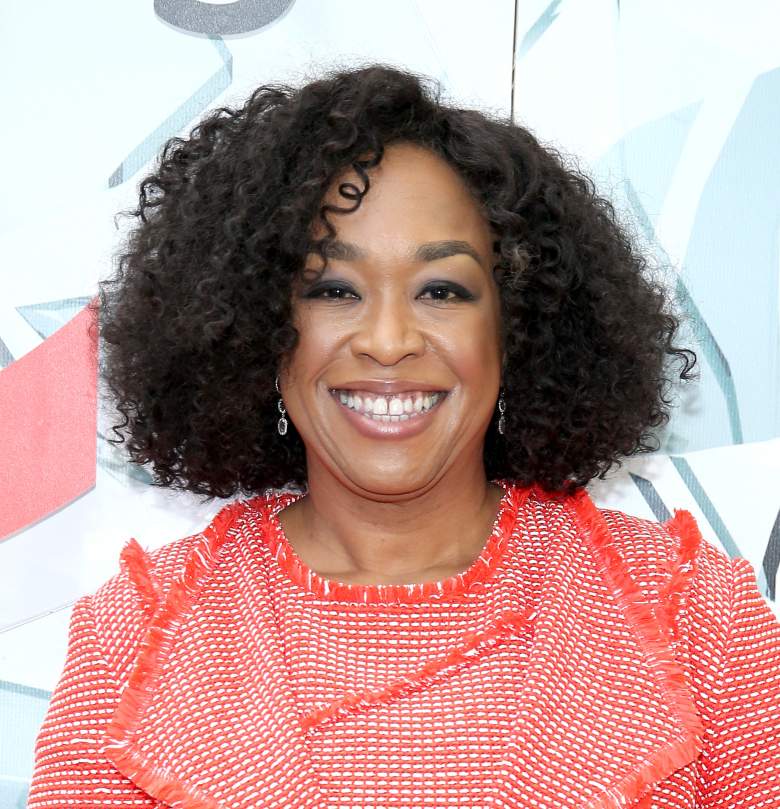 Producer and writter Shonda Rhimes attends EMILY’s List Breaking Through 2016 at the Democratic National Convention at Kimmel Center for the Performing Arts on July 27, 2016 in Philadelphia, Pennsylvania. (Getty)

Shonda Rhimes is the creative mastermind behind many of television’s most popular shows, and she has received a number of awards to honor her hard work. Recently, it was announced that the Golden Globe winner and three-time Emmy nominee is turning Luvvie Ajahi’s, “I’m Judging You: The Do-Better Manual”, into a comedy series. Every Thursday, you can see some of Rhimes’ writing and producing as part of ABC’s Thursday #TGIT lineup– Grey’s Anatomy followed by Scandal followed by How to Get Away With Murder.

Read on to learn more about Shonda Rhimes.

1. She Is the Creator, Head Writer, Executive Producer, and Showrunner of ‘Grey’s Anatomy’, ‘Private Practice’ and ‘Scandal’ 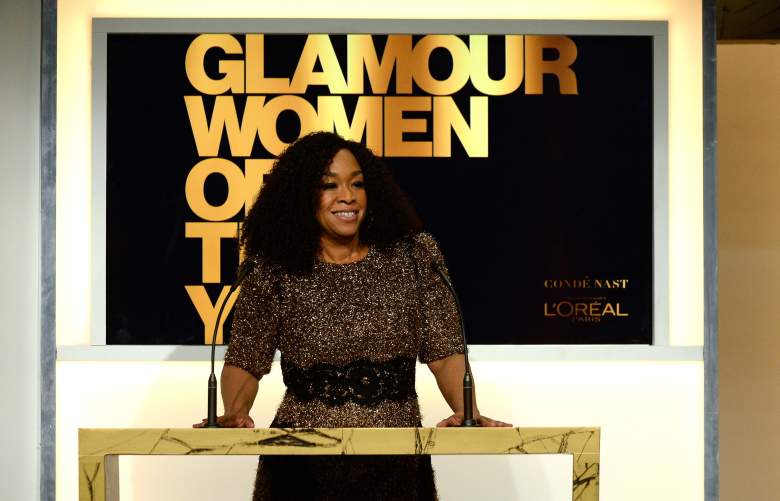 Rhimes serves as the creator, head writer, executive producer, and showrunner of Grey’s Anatomy, Private Practice, and Scandal. She is also the executive producer on Off the Map, How to Get Away with Murder, and The Catch.

In a December interview with Fortune.com in which she discussed her career, Rhimes said, “Having a strong sense of self is fundamental to you, no matter what you’re doing. I don’t care if you’re a stay at home mom raising kids or if you’re the CEO of a corporation. It’s really important for your survival.”

2. She Majored in English at Dartmouth College 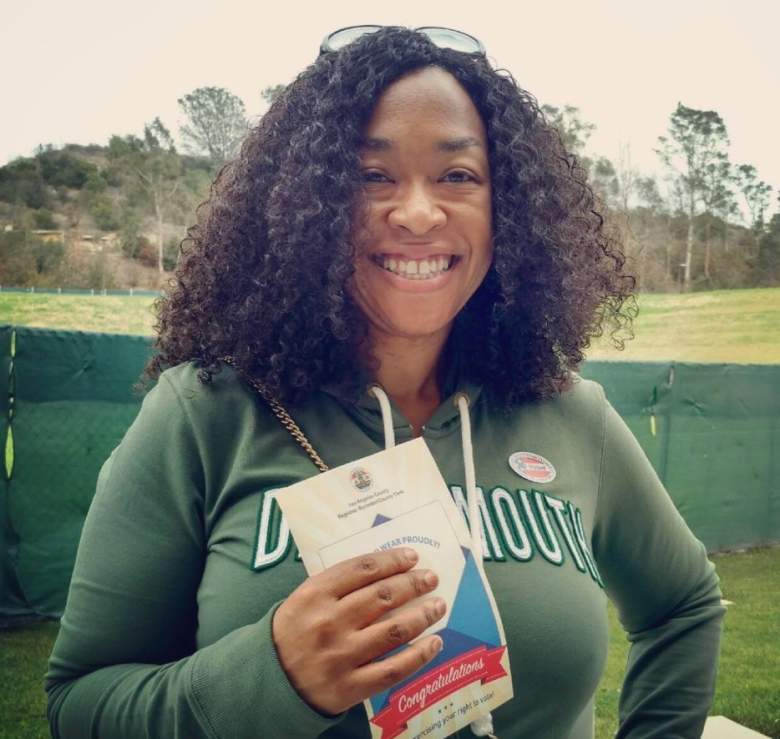 Rhimes was born on January 13, 1970, in University Park, Illinois. The youngest of six siblings, her mother was a university administrator and her father was a college professor. As a child, Rhimes demonstrated a proclivity for storytelling. In 2015, she told NPR, “We had a little kitchen pantry and it was filled with canned goods and I have really vivid memories of my mother in the kitchen, the television on playing the Watergate hearings, and me inside the pantry playing my own little version of … the Watergate hearings … with the cans.”

A bright student, Rhimes went on to develop her storytelling skills at Dartmouth College, where she studied English literature and creative writing. In 2014, she delivered the main address at Dartmouth’s Commencement ceremony.

After graduating, Shonda earned her MFA from USC’s California School of Cinematic Arts, where she received the Gary Rosenberg Writing Fellowship.

3. She Adopted Two of Her Three Daughters

In June 2002, Rhimes adopted her first daughter, Harper. She adopted her second, Emerson Pearl, in 2012. In September 2013, she welcomed her third daughter via gestational surrogacy.

Speaking to US Magazine after adopting Emerson, Rhimes said, “I’ve been writing adoption into story lines on my shows and only a few people close to me knew about my plans. I think the response was ‘oh my goodness’ from a lot of people.”

In an interview with People last year, Rhimes revealed how proud she is to be raising three strong women. “They couldn’t be more different from one another, but they’re all stubborn — and I mean that in the best way. No one will ever take advantage of them. They will always go their own way because they have decided they’re going to.” 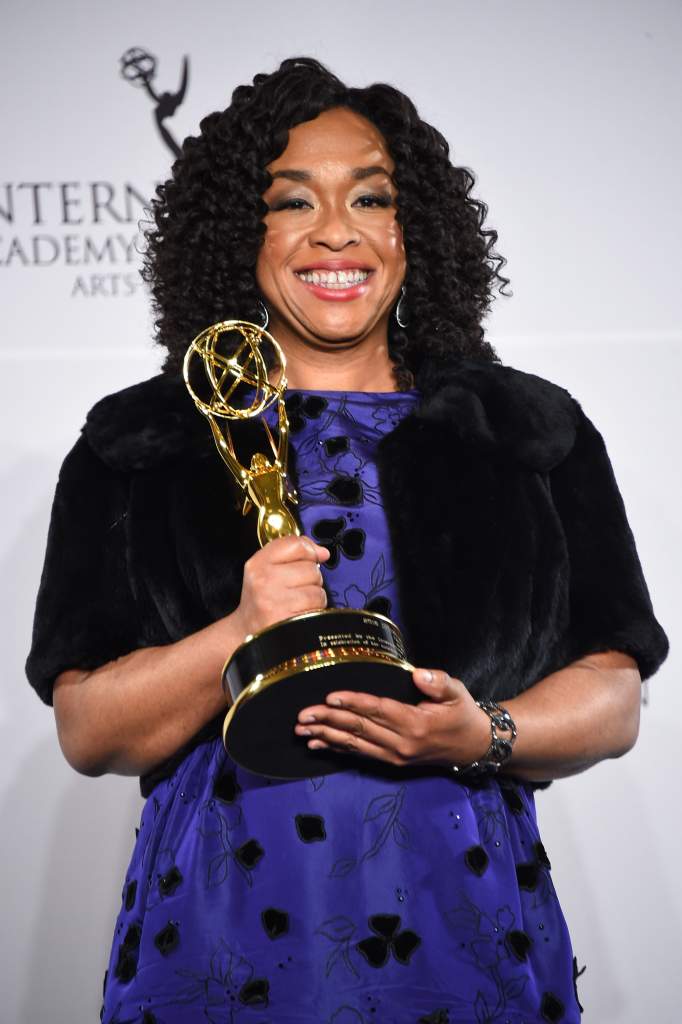 Shonda Rhimes pose with the “Founders” award in the press room during the 44th International Emmy Awards at New York Hilton on November 21, 2016 in New York City. (Photo by Michael Loccisano/Getty Images)

In 2004, Rhimes created her own production company, Shondaland. Originally founded to be one of the production companies for Grey’s Anatomy, Shondaland has gone on to produce Private Practice, Scandal, and Rhimes’ other productions like Off the Map, How to Get Away With Murder, and The Catch.

The first thing guilty people do is try to blame somebody else… Worth repeating, yes? #HTGAWM #TGIT

Thursday nights (which is already a big night for TV as it’s the last time for advertisers to reach a large audience before the weekend), should, in the words of the Associated Press, be called “Shonday”– Rhimes’ name is attached to three successive primetime shows on ABC.

In 2015, Rhimes published a memoir titled “Year of Yes”. Variety writes, “The premise is simple and an interesting business strategy: In December 2013, the “Gray’s Anatomy” and “Scandal” creator, who was also a self-proclaimed introvert, was challenged to say “yes” to anything unexpected for an entire year. Rhimes’ book is a result of her transformative journey into agreement.”

Speaking to the outlet, Rhimes said that saying yes for an entire year is one of the best things she’s ever done. “It was also a little insane, a lot terrifying and sometimes wildly embarrassing. So this is not a story I ever planned to share with anyone. However, once Simon & Schuster asked me, I had no choice – what else could I say but yes?”