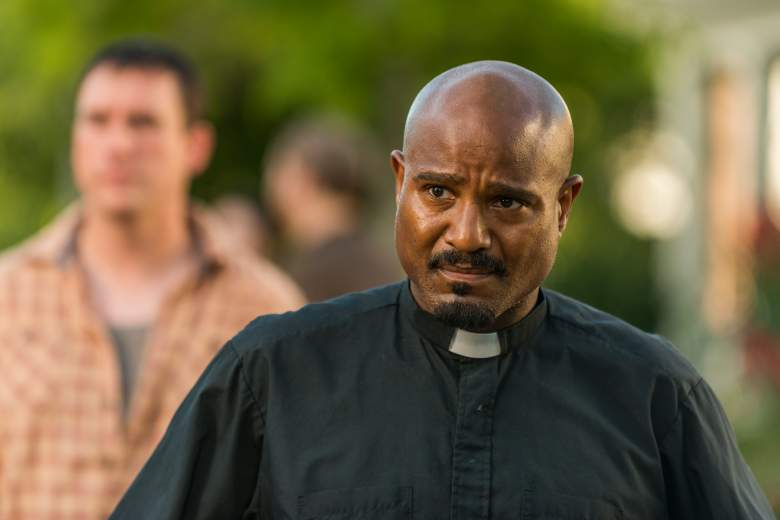 Things seemed to be going pretty well for Rick and his group during the midseason premiere of The Walking Dead. Yes, they are still in big trouble and were left in a very tense situation at the end — but at least they have a glimmer of hope. Meanwhile, no one is quite sure what happened to Gabriel. He disappeared in the night, while he was supposed to be watching the gate, and Rick and company went after him when they realized he was missing. Here are the top clues and theories about what happened to Gabriel, along with photos and screenshots from when he left. There are spoilers through the midseason premiere, Season 7 Episode 9. After you read the story, tell us what you think happened in the poll at the end.

At the very beginning of the episode, Gabriel took off under the cover of darkness. First, he was shown reading the Bible and seeming to be very contemplative about what he was reading. This wasn’t a decision he made lightly or in the heat of the moment, it appears. 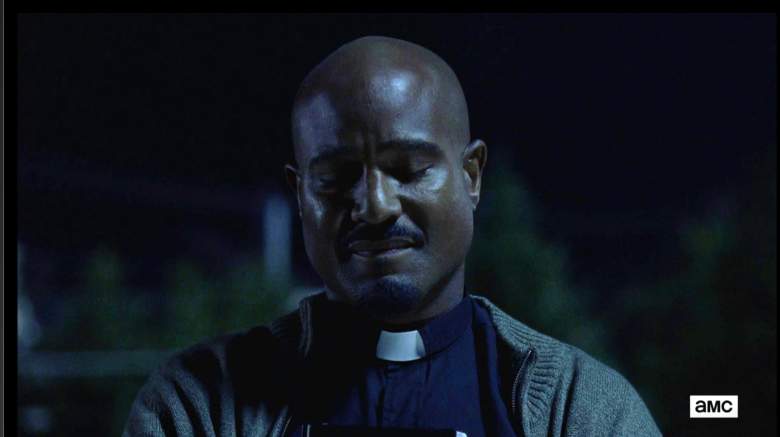 Gabriel left the Bible face down on the ground. It appears he may have left it to a page that would have provided a clue about what happened. Unfortunately, that clue was not noticed, except for Rick noting that it was strange that he left his Bible behind. 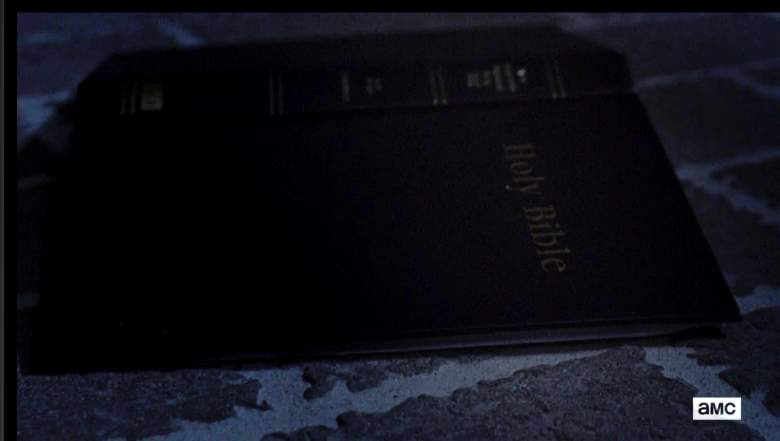 Gabriel took supplies with him. He cleared out the pantry and took most of the weapons with them, loading them up into the trunk and back seat of the car that he took. 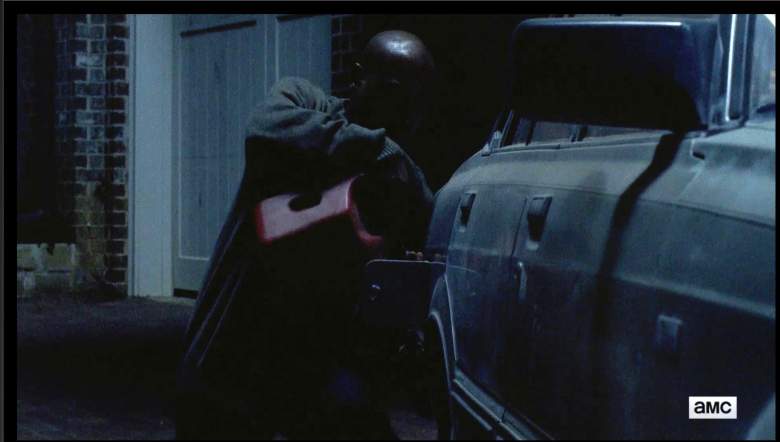 Gabriel loaded up his car with gas and supplies. (AMC/The Walking Dead)

He was very methodical about what he was taking, seemingly checking Alexandria’s notebook where all the supplies are noted, to make sure he was taking the right things. 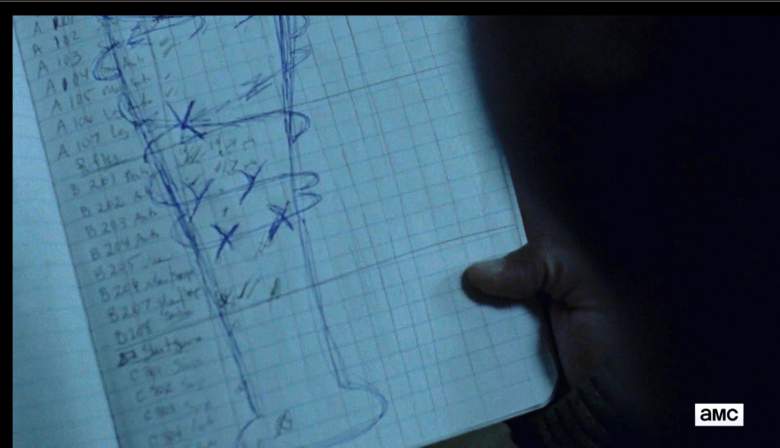 Rick later discovered that Gabriel left a note with just the words “BOAT” in the notebook. It reminded some fans of a certain moment from Lost:

However, while fans are getting angry at Father Gabriel for stealing Alexandria’s food and weapons and taking off, yet again, it’s possible that we shouldn’t be so quick to judge him. When he was driving away, alert viewers noticed that it looked like there was someone in the car with him:

Anyone else notice that someone is in the back seat as Father Gabriel drives off? #TheWalkingDead #RiseUpForTWD pic.twitter.com/l8wFXaZvEd

If you recall, a hooded figure was stalking Gabriel while he was on lookout at the very end of the midseason finale. So what happened now took place just a few minutes later.

It’s possible that Gabriel took off on his own, only to find someone hiding in the backseat of his car as he drove away.

But considering how far Gabriel has come, it’s more likely that something else more sinister was going on. If you look at how stressed out and scared Gabriel looked, it seems likely that someone was threatening his life or the lives of everyone at Alexandria, and he felt like he had to do what he was told and leave with the person and the supplies.

What do you think? Let us know in the poll below.

New Group at the End of ‘The Walking Dead’: The Photos You Need to See