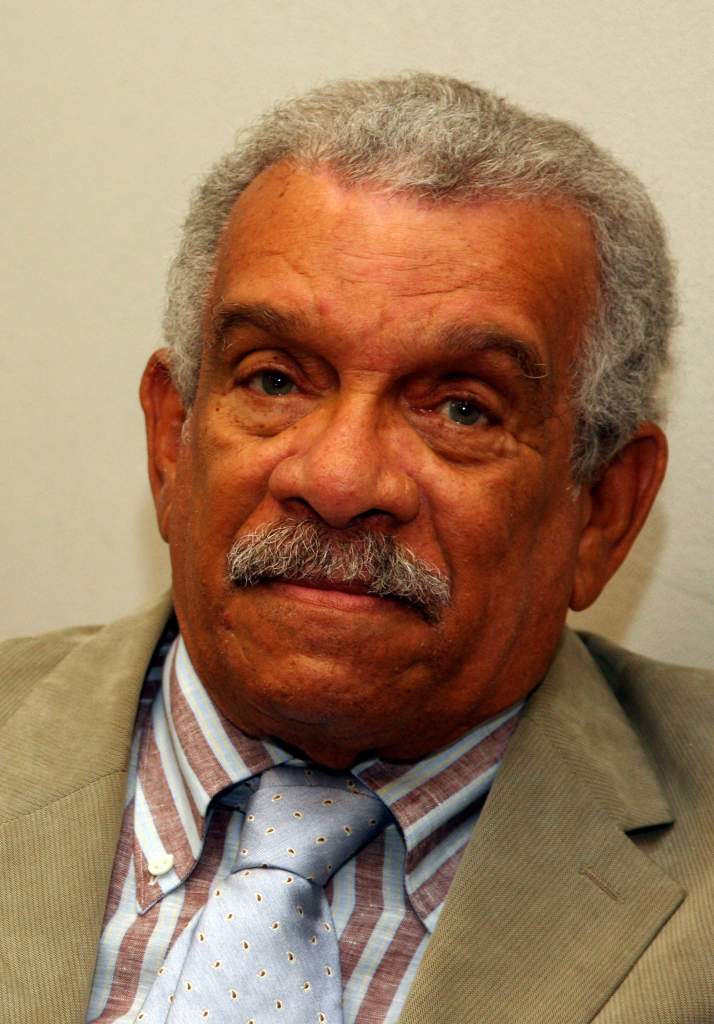 Poet and playwright Derek Walcott passed away in the early morning hours of Friday, March 17. He was 87.

Read on to learn about the writer’s accomplishments.

Heartbroken to hear that Derek Walcott has died. Remember him with his tremendous ode to being at home in ourselves https://t.co/TdYY3VdTlb pic.twitter.com/C3htaDMgzz

St. Lucia news outlets have reported that Walcott passed away in his home at about 7:30 am after a “prolonged illness.” He was 87.

Relatives and sources close to the poet confirmed to the St. Lucia Star that Walcott had been suffering from health issues.

This post will be updated with more information as it becomes available.

2. He Received the Nobel Prize in Literature in 1992

Derek Walcott, a Boston University English professor, sits in his home office in Brookline, MA after winning the Nobel Prize for Literature 08 October, 1992. Walcott, who was born in the West Indies, teaches literature and creative writing. (Getty)

In 1992, Walcott became the second Caribbean writer to receive the Nobel Prize in Literature. The first, Saint-John Perse, received the award in 1960. According to Poetryfoundation.org, the Nobel committee descried Walcott’s work as “a poetic oeuvre of great luminosity, sustained by a historical vision, the outcome of a multicultural commitment.”

In 2009, Walcott accepted a three-year distinguished scholar in residence program at the University of Alberta. His love for teaching then led him to the University of Essex, where he was a Professor of Poetry.

In February 2016, St. Lucia News Online reported that he would be honored as one of the first knights of the Order of Saint Lucia. 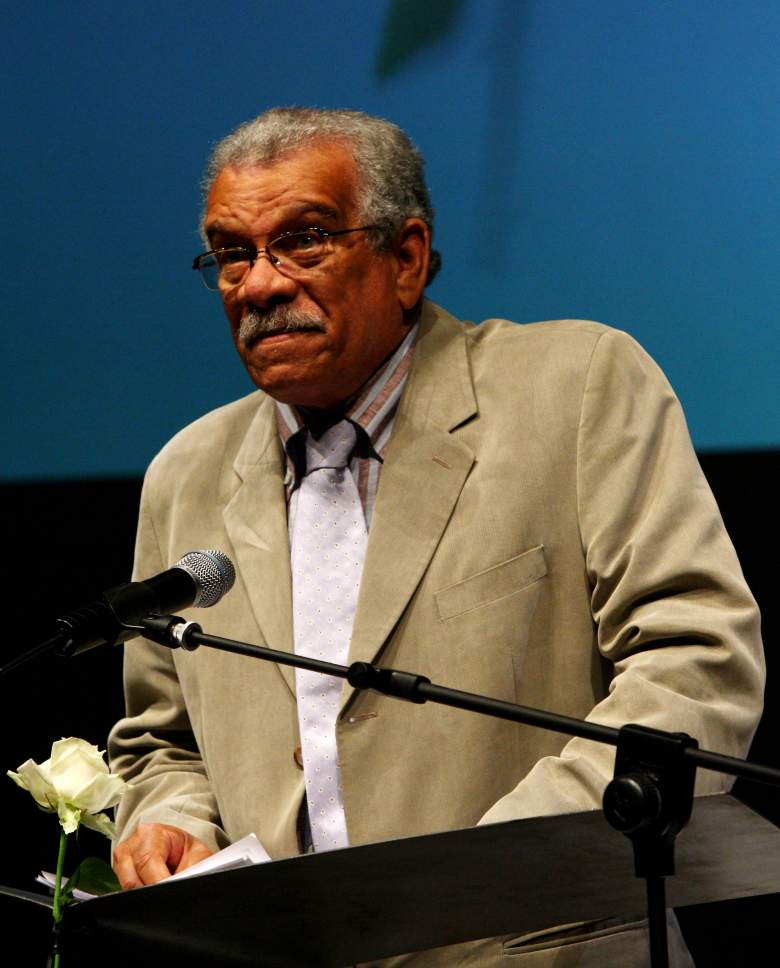 Walcott was trained as a painter, but soon turned to writing. At age 14, he published his first poem in his hometown’s local newspaper. Five years later, Walcott made his official writing debut with his first collection of poems, called 25 Poems, which he handed out to readers on street corners.

Walcott gained public recognition after releasing In a Green Night: Poems 1948-1960 in 1962. Eight years later, the writer came out with his play Dream a Monkey Mountain, which was produced on NBC-TV in the USS. The show then went off-Broadway in New York City, where it won an Obie Award for “Best Foreign Play”.

Walcott’s largest achievement is considered by many to be Omeros, an epic poem reimagining the Trojan War. The poem was listed by the New York Times Book Review as one of the Best Books of 1990.

4. He Was Born and Worked in St. Lucia 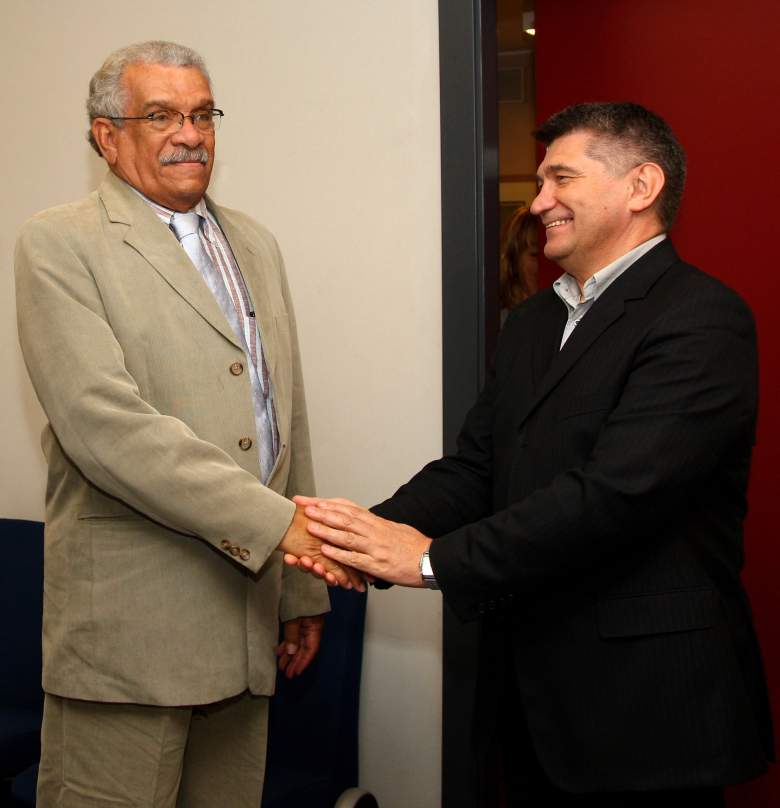 Walcott was born in 1930 in Castries, St. Lucia. According to NobelPrize.org, his father was a Bohemian watercolorist, and passed away when he and his twin brother were young. His mother was in charge of the town’s Methodist school.

Walcott studied at St. Mary’s College in St. Lucia before moving to Jamaica, where he studied at the University of the West Indies. In 1953, he made his way to Trinidad, where he worked as a theater and art critic. He founded the Trinidad Theater Workshop in 1959, which was responsible for producing many of his early plays.

5. He Has Three Children 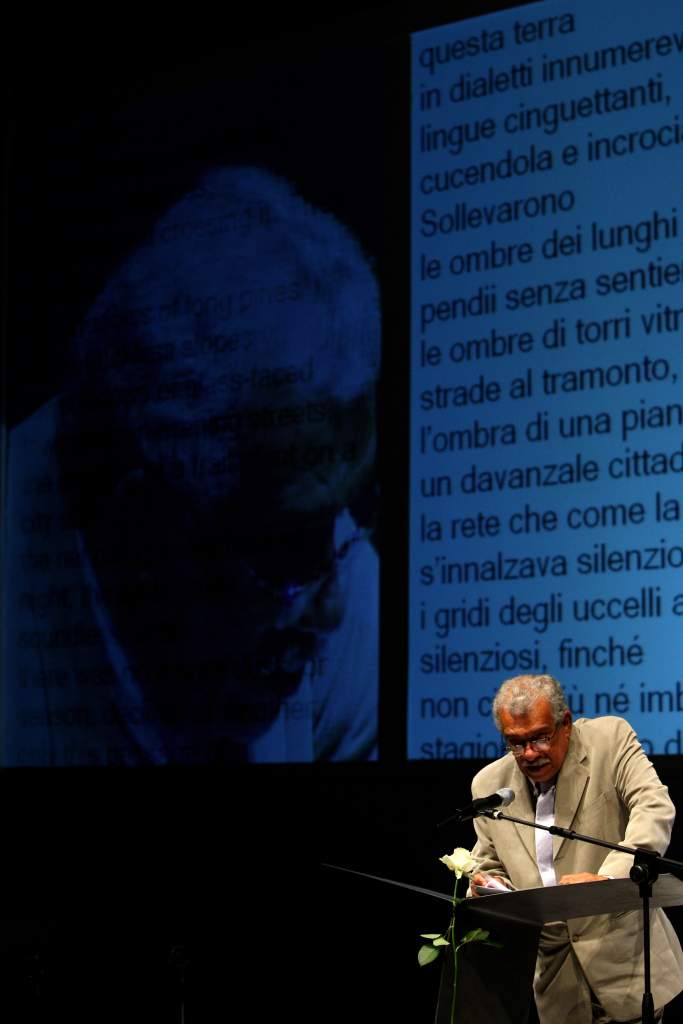 Walcott was married three times and has three children: Peter, Elizabeth, and Anna.

The writer divided his adult life between Boston, New York, and Saint Lucia. He taught literature and writing at Boston University for more than 20 years. 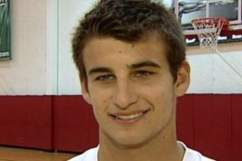