Actor, singer, and entertainer Tyrese Gibson took to social media late Thursday night with a lengthy–and for some, controversial– message. Gibson said that he overheard a group of women talking about how “men are stupid and will sleep with and marry damn near anything,” and clearly felt some type of way about it.

“I just feel the need to send a message to all of these “type” of ladies all races of ladies who just think Dudes are just STUPID??……. WE KNOW the difference in real hair and fake clips on’s we know eye lash extensions,” writes Gibson, “We know fake hard t**ties pointing in 4 directions with your ribs showing in the middle.” The Fast & Furious star continued his rant by saying “IM NOT trying to be mean I’m just sending a message that US REAL MEN SEE THE BULLSH*T and IF He decide to rock with you it’s just cause they wanna get one off no one will EVER take you serious like that or really make that move……….. Cause you look like a manufactured clown – Some of you have convinced yourself that it’s OK cause of how many dudes be trying to get at you.”

He closed out his message with decidedly more kind words, writing that “If your beauty has been purchased that’s fine…. own it, enjoy it…. Just know that us REAL ones out here see the REAL….” Needless to say, the post has caused quite the stir on social media, as many have taken sides on whether Gibson was out of line or preaching the truth. Check out some of the divided reactions below.

Y'all still listen to what Tyrese has to say? pic.twitter.com/hyP8p4mCmH

That part @Tyrese ??????Open up "your" thought process of beauty Not bash any woman who does what she wants w/her coin ?????? @djHDliketheTV https://t.co/tQp2jCteNd

Tyrese married right? Worry about ya chick bruh bruh. Thats only woman he needs to worry about honestly

Tyrese don't have no advice for the men on why they're still single? pic.twitter.com/SsD0ytBPzo

Tyrese's is just saying be yourself ladies. It's not that serious.

Wait so all the men are saying that @Tyrese is speaking "truth" but yet all the IG models with altered bodies followers are 1mil?#HowSway pic.twitter.com/EgEtxC0GJD

Although I agree with Tyrese to some degree, there's also so many women who have been degraded for actually being themselves.

The only women mad at Tyrese are the ones he's talking about lmao ??? pic.twitter.com/DFFVzAorDh

Seems @Tyrese Is Being The Voice For MEN It Looks Like.. And Hes 100% CORRECT. Yall Needa Chill, He Hit U With The Truth lol; It Hurts Huh?

Tyrese isn't speaking on ALL women, but is embracing natural beauty and the fact that you should be true to yourself. 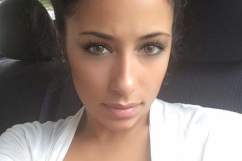