“My name is Meg Gill, and I love beer.” That how Viceland’s new show Beerland begins as host Meg Gill begins her journey across America in search of the best home brewers in the land. The best brewer will get the opportunity to make their own beer at Meg’s brewery.

Meg, 31, is the president of Golden Road Brewing in Los Angeles. The company was founded in 2011 and in 2015 was purchased by Anheuser-Busch. That was the same year that Meg was featured in Forbes’ 30 Under 30 with the feature remarking on how she was the youngest female brewery owner in the country. The article also noted that by 2018, Golden Road was predicted to be selling 140,000 barrels of their suds across the U.S.

Heavy.com was lucky to get the chance to talk to Meg about brewing and her new show.

1. Meg Trained For Olympic Swimming Trials Prior to Getting Into Beer

BEERLAND (Series Trailer)Beerland follows Golden Road brewery founder, Meg Gill, as she sets out on a cross-country journey to meet with home-brewers and find the best brews in each city she travels to. Along the way, we get a taste of the communities that come together around beer. The winning beer will have the chance to be distributed by Golden Road. BEERLAND premieres April 27 on VICELAND. Subscribe Now: http://bit.ly/SUBSCRIBE-TO-VICELAND Follow VICELAND: VICELAND.com | https://www.viceland.com VICE Video | https://video.vice.com Full Uncensored Episodes on iTunes: http://itunes.com/Viceland Facebook | https://www.facebook.com/VICELANDTV Twitter | https://twitter.com/viceland Instagram | http://instagram.com/viceland Newsletter | http://bit.ly/1kpnyN62017-04-06T18:00:10.000Z

While a student at Yale, Meg was a swimming star. Her profile remains on the school’s website. That bio gives her preferred stroke as the butterfly and her hometown as Chester Virginia. Meg tells Heavy, “I was swimming and thought I could be a professional swimmer. Turns out, that doesn’t make much money.”

After school, Meg moved to Boulder, Colorado, where she worked a variety of jobs while also training for swimming Olympic trials. She says it was “seeing what beer could do in a small town in Colorado” inspired her to pursue a career in craft beer. At 22, Meg says she saw “craft beer as the American dream.”

2. The Thing Meg Took Most From Her Time at Yale Was Debt

In addition to swimming at Yale, Meg studied classics and worked various jobs to help pay for her education. Meg says, “I don’t think Yale necessarily prepared me for business or for beer but the debt Yale put me in put me in a position where I needed to figure it out.” She jokingly adds, “I can thank them for that.” Though Meg says that it does provide some gravitas and creditability when she goes into meetings with millionaire distributors. “[The Yale degree] helps because I don’t look like I should be in the beer business.”

Meg’s Golden Road brewery is based in the “late bloomer market” of Los Angeles, not a city synonymous with the craft beer revolution. She thinks that because of the bureaucracy involved in living in major cities, sometimes it can be hard to get small breweries up and running. As regards LA, Meg says, “I think being between San Francisco and San Diego helped LA understand craft beer, once the local producers started it was easy for us to get into the market… People knew craft beer, they just knew they didn’t have anything that was from LA.”

4. Meg Says She Has Received a Little Beer Nerd Backlash Since Selling to Anheuser Busch

Since the September 2015 sale of Golden Road to Anheuser Busch, Meg says there’s been something of a backlash from beer nerds. “A lot of those same nerds drink beers by companies that have private equity firms and big banks backing them,” Meg tells me. She adds, “But for me to sell to strategic partner is a problem for them.” Meg doesn’t seem too deterred by the haters. She believes that as long as the passion and excitement remains for the beer and the brand, then it doesn’t matter who the investors are. Not to mention the fact that beer nerds make up a small part of Golden Road’s customer base.

5. Meg Feared for Her Safety ‘a Little Bit’ During the Filming of Beerland

Golden Road Brewing: Point the WayCheck out this video that we premiered at the 2013 Craft Brewers Conference in Washington DC created by and starring our awesome GRB Team.2013-03-29T16:45:34.000Z

Meg tells me that during the filming of the show’s first episode in New Mexio, she feared for her safety, “a little bit.” Meg explains that while drinking with the cowboy, the party moved from beer to whiskey. “I didn’t think we were ever going to get out of his saloon,” due to the fact that Meg and other decided to embark upon a full whiskey tasting after filming wrapped.

While there were also bad hangovers during, “The good news was there was more beer every day to get through the hangovers.” 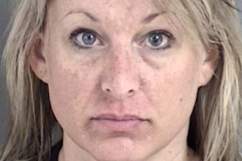