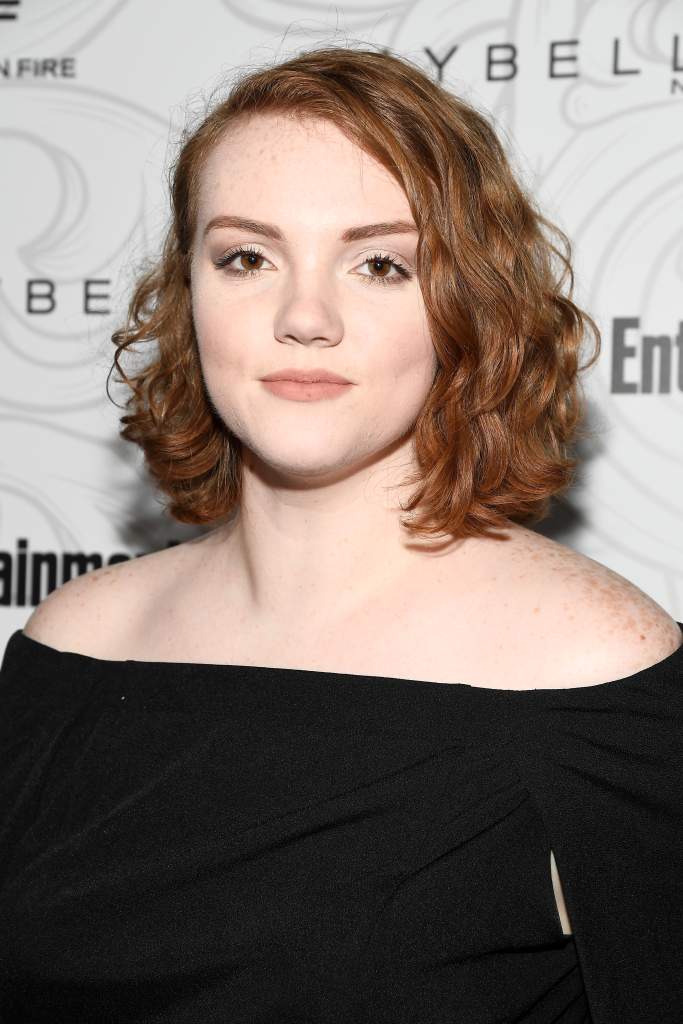 Shannon Purser soared to international fame after Netflix released one of its most popular shows to date, Stranger Things. She has since been cast in a number of popular television shows and films, and most recently, has made headlines for coming out as bisexual on Twitter.

Want to learn more about Shannon Purser, the actress behind Barb on Stranger Things? Read on.

1. She Recently Came out as Bisexual

On Wednesday morning, Shannon Purser came out on Twitter as bisexual. She posted the above note after the show Riverdale received backlash for “queerbaiting”. In the teen drama, two of the show’s female leads share a kiss, but nothing comes of it– LGBT fans argue that this was in poor taste.

@shannonpurser @colesprouse beronica fans are frustrated because they were blatantly, undeniably queerbaited into watching the show

In response to the accusations, Shannon then took to Twitter with the above Tweet, writing, “I don’t normally do this, but I figure now is as good a time as any to get personal. I’ve only just recently come out as bisexual to my friends and family.” She says it’s still something she is trying to process and understand and that she doesn’t like talking about it.

2. She Plays Barb on ‘Stranger Things’ 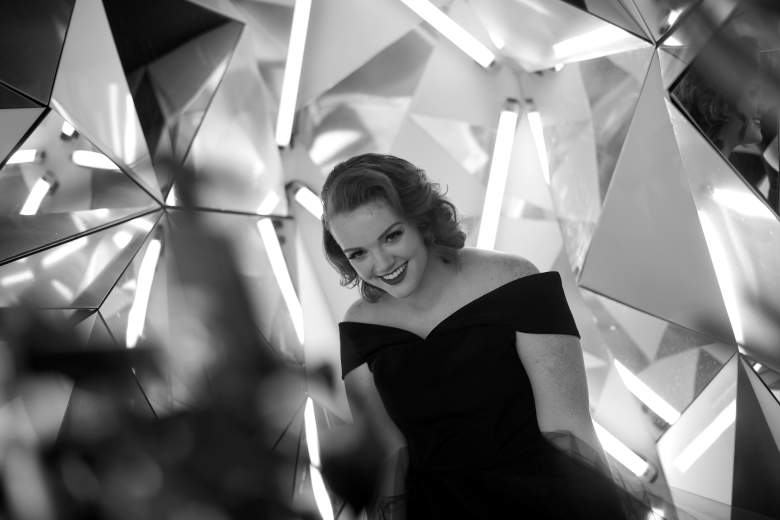 Purser only has two television credits to date: Stranger Things and Riverdale. The two movies on her resume, Wish Upon and Life of the Party, are currently in post-production.

Purser’s character on Stranger Things became one of the most beloved by fans, taking the actress by surprise. Social media completely went nuts over Barb, too, spurring an onset of memes and fan-art. In an interview with Paper, Purser was asked why she thinks Barb has struck such a cultural chord. She responded:

Yeah, I think it’s amazing how people have taken a hold of her and see themselves in her. And I love that there’s a hashtag going around #WeAreAllBarb. I think people are attached to her and care about her so much because they do relate to her and she’s an easy person to relate to. We all at some point in our lives have felt that we weren’t at the top of our social circle, or that maybe we needed our friends more than they needed us, and feeling overlooked. I think a lot more people feel a little bit insecure and a little bit hungry for love and acceptance. It’s definitely something I relate to personally and I’m really glad that the fans feel the same way about her. 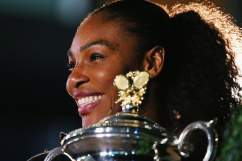 3. She Worked at a Movie Theater Before Being Cast in ‘Stranger Things’ 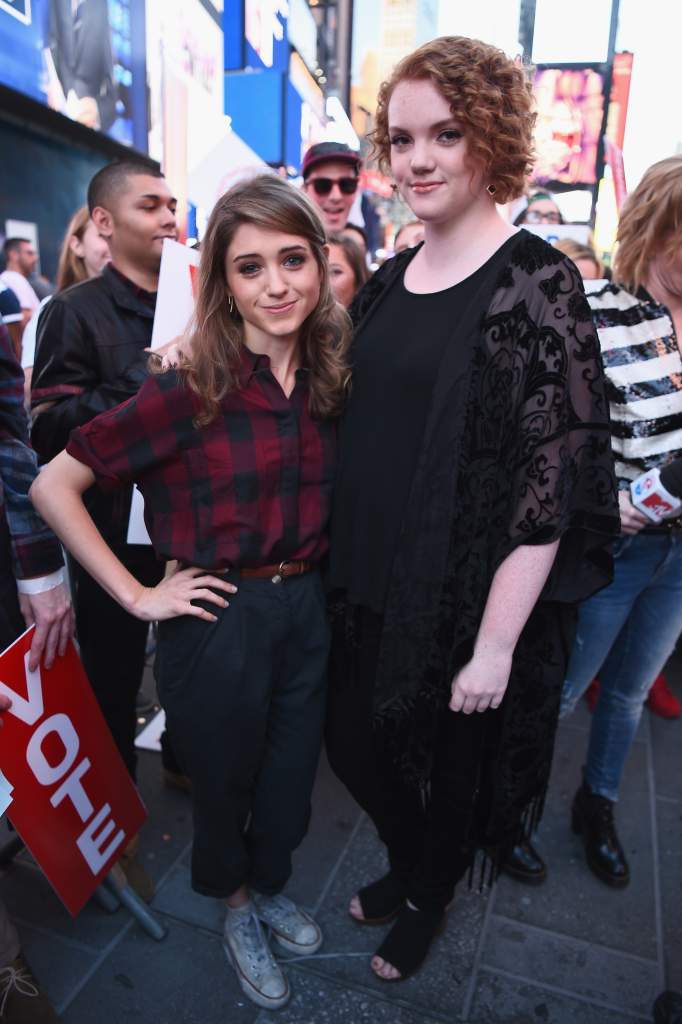 Purser is originally from Atlanta, and as of last August, was taking online classes at Kennesaw State University.

Prior to being cast in Netflix’s hottest show, Purser worked at a movie theater. According to Glamour, she was actually forced to give up her side job because of the fans who showed up at work. “People started showing up at work, and I figured maybe I should lay low for a while. [Laughs] But it’s been a really good job!”

4. She Plays Ethel Muggs on ‘Riverdale’

On Riverdale, Barb plays Ethel Muggs, who she describes as being more “sassy” than Barb. “She survives more than three episodes, fortunately,” the actress jokes with The Guardian.

When asked by Entertainment Weekly what she’s most excited about when it comes to playing Ethel, Purser said, “There’s just so much potential for her. She’s such a strong and kind person but we can tell pretty quickly that there’s some stuff going on in her life that the other kids either don’t know about and going into her past. So I’m really just excited to see what they’re going to do with her because she could go in a lot of very interesting paths.”

Riverdale premiered on January 26, 2017, and was renewed for a second season on March 7. The show is based on Archie Comics, and is executively produced by Jon Goldwater, Sarah Schechter, Greg Berlanti, and Roberto Aguirre-Sacasa.

5. She Has Opened up About Self-Harming Herself on Social Media

Fans of Shannon Purser have appreciated her transparency on social media. On Twitter, she’s opened up about personal obstacles and things she’s dealt with– even talking about past struggles with self harm.

*TRIGGER WARNING* I haven't self-harmed in years, but I kept this around, "just in case." I forgot it was there & now it's in the trash. pic.twitter.com/C0oAQTL0IM

In one post, Purser uploaded a photograph of a razor blade, writing, “*TRIGGER WARNING* I haven’t self-harmed in years, but I kept this around, ‘just in case.’ I forgot it was there & now it’s in the trash.” She then followed up on a more optimistic note, writing, “Recovery is possible. Please don’t give up on yourself.”

Recovery is possible. Please don't give up on yourself.

Purser has admitted she relates to Barb a great deal. Speaking with Glamour last August, she said, “I’m definitely a Barb. I don’t have a problem with that. I think she’s great. I totally am dorky and weird, and that’s fine with me.” 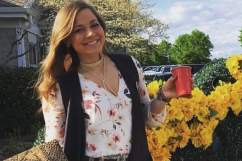