The Dance Moms host has been slapped with charges of fraud and failing to reports assets amounting to $800,000 in 2016. On Monday, May 8th, she was given her official sentencing, which could’ve been up to 30 months in prison. Entertainment Online reports that Miller was understandably “nervous” heading into court, and that she was seen wiping tears from here eyes.

Now that the official sentencing has been announced to the public, here are five fast facts you need to know about Miller, her legal situation, and the amount of time she will have to spend behind bars.

The Dance Moms star, 50, filed for bankruptcy last year, but, according to The Inquisitr, the judge who heard her case “thought something was amiss when he noticed she was starring on a hit television series.” After a lengthy investigation, it was revealed that Miller had actually been hiding most of her assets and therefore had committed fraud.

The extent of her fraudulent activity tallied up to $800,000 in assets, with concealed Masterclass dance session and ticket and apparel sales of $28,837.06. She ultimately pled guilty to not reporting an international monetary transition and one count of concealing bankruptcy assets in June of 2016.

The majority of children that follow me may be fast asleep, however now is the critical time to make the following statement: I WILL NO LONGER TAKE PART IN DANCE MOMS. FOR THE PAST SIX YEARS/ SEVEN SEASONS I HAVE ASKED, BEGGED, AND EVEN DEMANDED CREATIVE CREDIT FOR ALL THE IDEAS, AWARD WINNING ROUTINES, THEMES, AND COSTUMING – TO NO AVAIL! TODAY, I WAS SO PROUD THAT I WENT AGAINST THE PRODUCER'S IDEA (ONCE AGAIN) TO ENTER A COMMAND PERFORMANCE OF ONE OF MY FAVORITE NUMBERS… "WHERE HAVE ALL THE CHILDREN GONE?" ALONG WITH THREE BEAUTIFUL SOLOS! I don't have a problem working with any kid, I love children and have dedicated my life to making other people's children successful! I JUST HAVE A PROBLEM WITH BEING MANIPULATED, DISRESPECTED, AND USED – DAY IN AND DAY OUT BY MEN WHO NEVER TOOK A DANCE LESSON IN THEIR LIVES AND TREAT WOMEN LIKE DIRT! #dancemoms #season7 #ALDC #aldcalways #newbeginnings #aldcla #alllovedancecourage

Miller announced her departure from Dance Moms on Instagram this past March, writing “For the past six years/seven seasons I have asked, begged and even demanded creative credit for all the ideas, award winning routines, themes and costuming– to no avail! I don’t have a problem working with any kid, I love children and have dedicated my life to making people’s children successful.”

She went on to say: “I just have a problem with being manipulated, disrespected and used day in and day out by men who never took a dance lesson in their lives and treat women like dirt!” In the wake of her legal issues, however, many believe that this was merely a cover up explanation. Read the full post above.

3. She Is Fearful of Serving Jail Time

Earlier this year, Miller voiced concerns over serving jail-time in an interview with People magazine: “I’m afraid of being physically abused or raped… I think the prosector [Assistant U.S. Attorney Gregory Melucci] is trying to make an example out of me.” She added that “It’s out my hands” and that “I made mistakes and trusted people, but ultimately I have to take responsibility.”

Conversely, Melucci told Deadline that “It is apparent that Miller is not easily deterred by threat of criminal prosecution, even standing before a federal judge. A guideline sentence is a sufficient but not greater than necessary sentence in this case.” Miller further explained her emotional fragility as a result of these charges, telling People “I have to stay busy. If I thought about it every day, I’d just sit around and cry.”

According to Radar Online, Miller’s Dance Moms co-stars Christi Lukasaik and Kelly Hyland are currently present at the sentencing. Contrary to what some may believe, however, they are not on her side. A photo from CBS reporter Lynn Hayes-Freeland said: “Dance Moms show up in court for Abby Lee Miller’s sentencing. They aren’t supporting Abby.” Miller famously fought with Lukasaik in the finale of season 4 when the she called Lukasaik’s daughter Chloe “washed up.” Lukasaik also claims that Miller made fun of Chloe’s medical condition, saying ‘Actually, Abby actually made fun of Chloe’s face caused by a medical condition there.

As for Hyland, she got into a physical altercation with Miller when she accused her of trying to replace Brooke and Paige Hyland with another dancer. “Get your finger out of my face!” Hyland reportedly yelled in the midst of their fight. Watch it in its entirety above.

5. She Will Serve A Year In Prison

#ad lol we all know that none of us stuck to their diets this weekend ? I’ve been sharing my health journey with you lately and using the @flattummytea detox to get my tummy feeling good and I’ve got to tell you that if I didn’t have this I’d still be battling my food coma. It's 20% off today for Cyber Monday, GO GET IT! #ALDC #aldcla #aldcalways #abbyleeapparel #dancemoms #season7

The Inquisitr reported that leaked documents revealed that the state of Pennsylvania was looking to give Miller a punishment to the full extent of the law, but that her lawyers were pulling for a probation sentence, claiming that the creditors she defrauded did not actually lose money due to her actions. The state felt otherwise, claiming that Miller had intended to harm creditors in the ballpark of $356,466.52. She was facing up to five years in prison.

According to Deadline, however, who announced her verdict on Tuesday, May 9th, Miller will be getting off relatively easy with a sentence of one year and one day in prison. The verdict, which comes with two years probation, was handed down by Chief Judge Joy Flowers Conti. 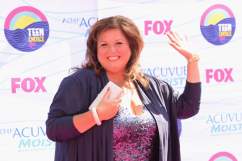