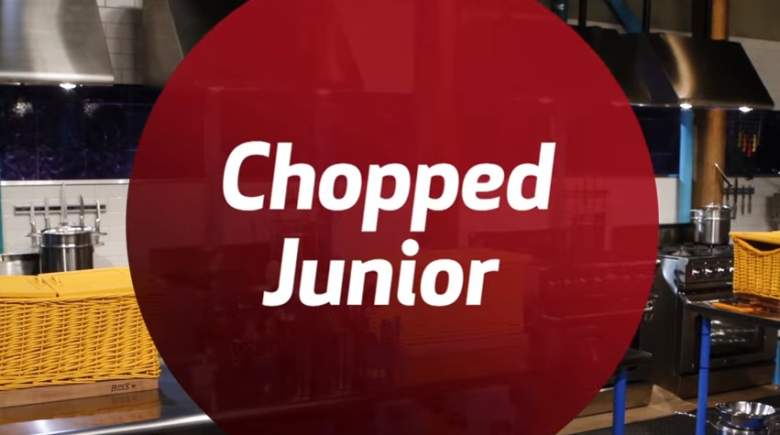 Chopped Junior: Champions is underway, with 16 young cooks in the mix. The contestants will appear in groups of four, to create appetizer, entree and dessert dishes for a rotating panel of judges. These judges include Maneet Chauhan, Alex Guarnaschelli, Kristen Kish, Marc Murphy, Marcus Samuelsson and Dale Talde. The winner of each heat will then compete against each other in the grand finale episode, which will air on Tuesday, June 27, 2017. The ultimate winner will then walk away with $25,000 as the grand prize.

Here’s the rundown of each episode:

Champions: Part 1 – Tuesday, May 30, 2017
In the first battle of the show, the competitors get a French delicacy and a crunchy snack for the appetizer round. For the second round, one cook has never worked with pork tenderloin before, but must use it from the entree basket. Finally, the dessert round was the last test. The judges for this challenge are listed as Alex Guarnaschelli, Kristen Kish, and Marcus Samuelsson.

Champions: Part 2 – Tuesday, June 6
Another round of contestants compete with an infamous Chopped ingredient in their appetizer basket. Then steak is a major ingredient for the entree round. As for the cooks who make the dessert, they have to use a tangy fruit and a deep-fried treat. The judges for this episode include Alex Guarnaschelli, Marc Murphy, and Marcus Samuelsson.

Champions: Part 3 – Tuesday, June 13
For the third battle episode, the youngest group of champions must cook with a delicate seafood and a tasty pork product for the appetizer round, according to the Food Network. Chocolates in disguise are a surprise for the cooks when it comes to the entree baskets. Then, coffee and chili flakes must be used for the dessert round. Judges for this episode are Maneet Chauhan, Marc Murphy, and Marcus Samuelsson.

Champions: Part 4 – Tuesday, June 20
Four more junior chefs compete in the final episode before the grand finale. Slender peppers and scrumptious rolls are included in the appetizer round this episode. And, for the entree round, the cooks must incorporate a snack with venison. When it comes to the dessert round, there are quite a bit mistakes that leave judges Maneet Chauhan, Marc Murphy and Dale Talde with some serious decisions to make.

Champions: Finale – Tuesday, June 27
The four winners from the previous episodes make their way to the finale for another win, the title and a $25,000 prize! The first basket is a major one, which includes a wild jerky and a protein that many Americans probably have never eaten. The second basket is a big one as well, with cream puffs and a non-traditional ketchup. Then, for the final dessert round, the contestants must include a “kid-friendly bubbly.” Judges for the finale include Maneet Chauhan, Marc Murphy, and Marcus Samuelsson.

So, who are the contestants competing on the show?

Cassidy – She previously won the episode titled “The Big Stink”.

Jack – The episode “Shake It Up” was his big win.

Caroline – Caroline was previously on the episode “Donut Sweat It” and won.

Henry – He was the winner of the episode “Chasing Rainbow Bagels”.

Buck – Previously, Buck was the winner of the episode called “Thanks Kidding”.

Claire – Viewers may remember Claire as the winner of the episode titled “Cuteness Overload”.

Lucy – She was the winner of the episode “Rattled”.

Mischa – This contestant was previously the winner of the episode “Lemon Meringue Why?”

Emma – Emma has been on the show before and won the episode “Halloween Party!”

Haley – Prior to this season, Haley was a winner on the episode “Dough Business”.

Jack – Another Jack is on the show and viewers may know him as the winner of the episode “Sloppy Apps”.