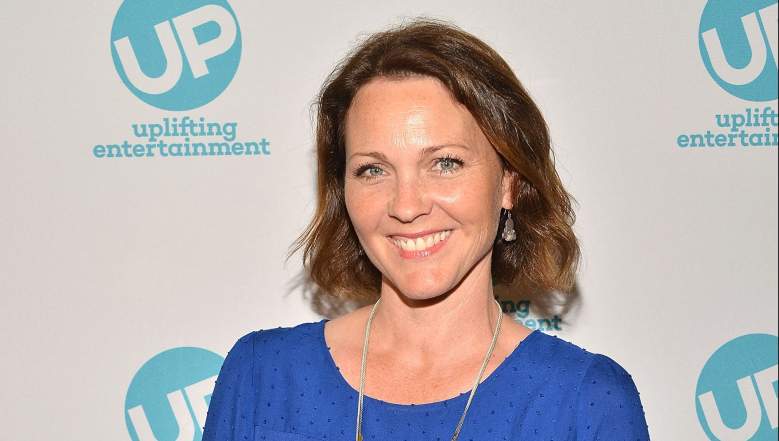 The second new Lifetime movie debuting tonight is Mommy’s Prison Secret, which stars Kelli Williams as a suburban mom with a criminal past that comes back to bite her. The film debuts on the main Lifetime channel at 10:04 p.m. ET on Saturday, June 10. Read on for a preview.

Kelli Williams plays Taylor Reynolds in Mommy’s Prison Secret. Taylor thought she had her criminal past behind her. After spending three years in prison for a DUI and drug possession charges, she was finally getting back in the good graces of her husband Jeff (Justin Mader) and daughter Bianca (Niamh Wilson). But just when she thought she was out, they pull her back in!

Suddenly, Meghan Flanagan (Sarain Boylan) shows up. She’s a career criminal and knew Taylor when she was running with a rough crowd. Now that she’s out of prison too, Meghan wants Taylor to explain how Taylor got out of prison early. That could mean alienating her family once again.

The film was previously titled Early Release and is still under that title on IMDb. But “Mommy” and “Secret” are keywords Lifetime loves to have in its movie titles, so they changed it to Mommy’s Prison Secret. It was directed by Canadian director John L’Ecuyer.

Star Kelli Williams should be familiar to Lifetime viewers, since she starred in Army wives from 2012 to 2013 as Jackie Clarke. Williams also played Lindsay Dole on The Practice from 1997 to 2004. She has had recurring roles on The Fosters, NCIS and The Ties That Bind. In 2016, she appeared in a Law & Order: SVU episode.

PLOT: “Taylor Reynolds, a typical suburban mom, made some bad life decisions and was sentenced to three years in jail for a DUI and possession of drugs. After her release, Taylor fights the stigma of her past misdeeds, works to regain the support of her daughter Bianca and husband Jeff, and once again becomes a contributing member of society. But just when Taylor’s life is getting back on track, her former cellmate and career criminal, Meghan Flanagan, unexpectedly appears and invades Taylor’s world. Meghan has a devious plan. She wants Taylor to come clean and confess the truth behind her early release. Taylor will stop at nothing to keep her family safe from Meghan, even if it means stepping back into the world she ultimately escaped.”

Read More
Lifetime, TV
Mommy's Prison Secret is a new Lifetime movie starring Kelli Williams as a mom who hides her prison past from her family. Find out when it debuts tonight.