Netflix has released its new movie, Okja, which is described by CNN as “an animal-rights message as well as cautionary warnings about corporate greed.”

The movie comes from South Korean co-writer/director Bong Joon Ho, the creative mind behind “Snowpiercer”. The movie was screened at Cannes Film Festival, and reflects the company’s ambitious and experimental foray into what some would say are films most networks wouldn’t pick up.

Read on to learn more about the cast of the film.

Swinton has won two BAFTA Awards, one BIFA Award, and Oscar for Best Supporting Actress, and has received three noms for a Golden Globe Award. She made her big screen debut in Caravaggio in 1986, followed by War Requiem, and The Garden.

In 2001, Swinton was nominated for a Golden Globe for her work in The Deep End. Later that year, she appeared in Vanilla Sky, followed by Adaptation, Young Adam and Constantine. She will be appearing

Ahn is a South Korean actress who has been acting since she was a young girl. In 2008, she played a role in The Housemaid, followed by a role in Single-minded Dandelion.

Ahn, 13, has an array of film credits that include Man of Vendetta, The Yellow Sea, Champ, Monster, and The Divine Move among others.

Lily Collins is a British actress who made her first screen appearance at the age of 2 in the BBC series Growing Pains. The studied broadcast journalism at the University of Southern California and when she was a teenager, she was a contributing writer to Seventeen magazine, Teen Vogue, and The Los Angeles Times.

In 2009, Collins worked as a guest star in the sci-fi horror film Priest. In 2012, she appeared in Stuck in Love, followed by The English Teacher in 2013 and Love, Rosie in 2014. Her newest film To the Bone, can be viewed on Netflix. 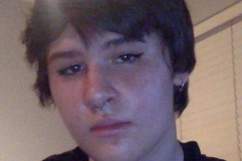 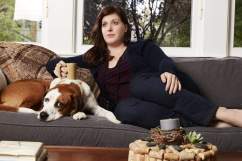