Getty Chester Bennington pictured during a concert in Paris in 2007.

Linkin Park lead singer Chester Bennington was open during his life about his struggles with drug and alcohol dependency. TMZ was the first to break the story that Bennington died after hanging himself at a home in Los Angeles County on July 20. He was 41 years old. Bennington was a close friend of former Soundgarden singer Chris Cornell who committed suicide in May 2017. Cornell had also struggled with addiction during his life. Bennington died on what would have been Cornell’s 53rd birthday.

Bennington has said that after his parents divorced when he was 11, he began using drugs. During his teenage years, Bennington says he used meth, marijuana, cocaine and acid.
Bennington described his teenage drug years in one harrowing story with Kerrang! magazine in 2008. One night a group “Mexican mafia” members came into his flop house and pistol whipped his friend while robbing the rest. Bennington described that as a motivation to clean up his life saying, “This isn’t cool. I’ve got to change my ways, I’ve got to stop the drugs. I’ve got to change my life.”

More recently, in December 2016, Bennington spoke about his time in a Team Rock interview using drugs as a teenager in Phoenix saying, “I was on 11 hits of acid a day. I dropped so much acid I’m surprised I can still speak! I’d smoke a bunch of crack, do a bit of meth and just sit there and freak out. Then I’d smoke opium to come down. I weighed 110 pounds. My mom said I looked like I stepped out of Auschwitz. So I used pot to get off drugs. Every time I’d get a craving, I’d smoke my pot.”

In a 2009 interview with Noisecreep, Bennington spoke openly about returning to drugs following his split from his first wife, Samantha Olit. Bennington said, “My life was falling apart in many ways that I was writing about on this record in terms of getting divorced, in terms of diving very hard into alcohol and drugs throughout this process.”

Bennington also said that one his first hits, 2000’s “Crawling,” is about the struggle with addiction. He said, “[The song] is about feeling like I had no control over myself in terms of drugs and alcohol. That feeling, being able to write about it, sing about it, that song, those words sold millions of records, I won a Grammy, I made a lot of money.”

During a 2012 interview with the Guardian, Bennington’s co-frontman, Mike Shinoda, said, “The tours we did in the beginning, everybody we toured with was either drinking or doing drugs. I can’t think of any that were sober. So you take someone who already has a hankering for drugs and …” Bennington went to say that he partied a lot during the early days of the band but not socially. He describes sitting on the band’s tour bus, “tripping.”

Though in December 2016, Bennington told Team Rock, “We’re not a cliched rock band where everyone is messed up on drugs. We’re all decent people, so that makes me proud too.”

In that same interview, Bennington said that it was the band’s intervention in 2006 that helped to save his life. The singer said, “In 2006, I had a choice between stopping drinking or dying. I did some counseling with the guys and they really opened up and told me how they felt. I had no idea that I had been such a nightmare. I knew that I had a drinking problem, a drug problem and that parts of my personal life were crazy but I didn’t realize how much that was affecting the people around me until I got a good dose of ‘Here’s-what-you’re-really-like’. It was a shock. They said that I was two people – Chester and then that fucking guy. I didn’t want to be that guy.” 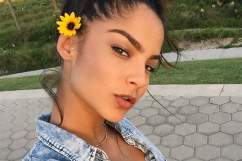 Monique Gonzalez aka Momo: 5 Fast Facts You Need to Know