Sarahah, a new Arabic app taking the App Store by storm, is a platform for sending and receiving messages that’s being called a breeding ground for hate and bullying.

Read on to find out what we know:

Sarahah works similarly to Yik Yak, or, for those who’ve been on Facebook for a while, Honesty Box. Under a username, people can write one another anonymous comments. Users cannot respond to comments, and visitors cannot view messages as long as they aren’t shared.

The app is currently the most popular in the world, and was originally launched in February 2017. It made its way to the App Store in June, where its description states: “Sarahah helps you in discovering your strengths and areas for improvement by receiving honest feedback from your employees and your friends in a private manner.”

2. The App Has Been Called a ‘Breeding Ground for Hate’

A woman cries as she speaks on her mobile phone after knowing the results of a referendum on whether to ratify a historic peace accord to end a 52-year war between the state and the communist FARC rebels, in Bogota Colombia, on October 2, 2016.
Colombian voters rejected a peace deal with communist FARC rebels Sunday, near-complete referendum results indicated, blasting away what the government hoped would be a historic end to a 52-year conflict. (Getty)

One user’s mother commented on the app on the review section of the Apple Store, writing, “Parents, don’t allow your kids to get this app. This is an app breeding suicides.”

As of Wednesday, the app had just two stars. Another comment read, “This app has changed my life. I have found a husband and now I have 5 kids.” The comment’s legitimacy is uncertain. One person commented that the app was “very confusing”.

Perhaps the most startling message came from one mother, who said, “My son signed up for an account and within 24 hrs someone posted a horrible racist comment on his page including saying that he should be lynched… The site is a breeding ground for hate.” 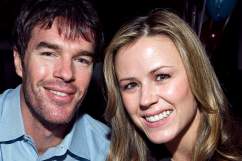 3. Sarahah Is Named After the Arabic Word for ‘Honesty’

Sarahah – There's a new app beating out YouTube, Instagram, and Snapchat at the top of the App Store: https://t.co/KSsVcb2GYh via

Sarahah is named after the Arabic word for honest, frankness, or candor, which seems rather fitting.

As tends to happen in the case of bullying-incentivizing apps, some users are rejecting the notion that the app breeds hate, and are saying that people are overreacting. Hollywood Life reports one user as writing, “It’s not a big deal, chill out. It’s anonymous, but for the right reasons: so people can say what they want.”

Another even said that Sarahah “boosted my confidence.”

4. It Has a Sizeable Following Overseas

Sarahah was built by Zain al-Abidin Tawfiq, and was launched in February in the Middle East.

According to a February BBC article, Sarahah garnered more than 270 million views and 20 million users in just a few weeks. As of February, it had 2.5 million users in Egypt, 1.7 million in Tunisia, 1.2 in Saudi Arabia, and substantial followings in Syria and Kuwait.

As of Wednesday, Sarahah’s Twitter page had 102k followers.

The app’s website is very light on content. It simply reads, “Get honest feedback from your coworkers and friends”, with four bullet points explaining that by downloading Sarahah, people who engage with the app will be able to improve relationships and their work lives.

On the website’s FAQ page, Sarahah reveals that the identity of the logged-in senders will not be revealed, and that you cannot respond to messages once you see the app. 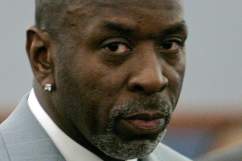