In Season 7 Episode 4 of Game of Thrones, we see that there’s really no love loss between Jon Snow and Theon. In fact, it seems like Jon Snow really hates Theon. Why? In case you forgot about some of the plot points between the two, we’ll recap their relationship in this story below.

Things weren’t always terrible between Jon Snow and Theon Greyjoy. When his father, Balon Greyjoy, failed at his rebellion against the Iron Throne, Theon was taken as a ward (hostage) of Ned Stark. And he became practically family while he was there. When Ned was executed, Theon pledged his loyalty to Robb Stark.

The problems begin when Theon ultimately betrays that oath.

In Season 2, Theon suggested to Robb that he seek an alliance with Balon. Robb agreed and sent Theon to negotiate those terms. But Theon doesn’t get a warm reception at home. Balon insults Theon’s clothes and thinks Theon is now loyal to the Starks over the Greyjoys. He talks about how much better Theon’s sister, Yara, is than Theon.

That’s when Balon tells Theon that he plans to attack the North. He gives Yara 30 ships and gives Theon only one ship. Theon considers staying loyal to Robb and telling him about the plot. But instead, he decides to betray the Starks. He attacks Torrhen’s Square to lure the Stark garrison away from Winterfell. After this succeeds, Theon and his men seize Winterfell and force Bran Stark to yield to him. Theon is merciless to the people of Winterfell, even killing Ser Rodrik Cassel.

Osha escapes with Bran, Rickon, and Hodor. So Theon murders two boys from a nearby farm and burns their bodies, claiming they’re Bran and Rickon in order to save face. But this backfires on him.

When Yara arrives, she tells him that everyone’s abandoning him because of what he did to the Stark boys. She urges him to give up Winterfell and leave with her. He refuses. Later, Ramsay Snow arrives and surrounds Winterfell. Luwin advises Theon to flee to the Night’s Watch and seek redemption. Theon won’t do it, and he is captured and turned into “Reek.” He ultimately helps Sansa escape, a small step in his possible redemption arc. The rest is history.

Theon’s betrayal was hard on all the Starks, who had considered him like family. He and Jon had bonded as “outsiders,” and that bond was also broken. 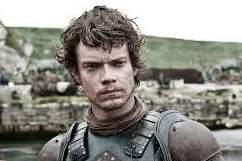 Did Theon Make the Right Decision on ‘Game of Thrones’ [POLL] 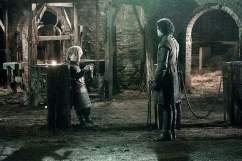