While watching Season 7 Episode 6 of Game of Thrones, you may be wondering just how many people accompanied Jon Snow’s group north of the wall. You’re not alone. There are more people in this group than you think. They brought quite a few red shirts with them.

Spoilers for Season 7 Episode 6 below.

Some fans thought that at the end of last week’s episode, we only saw seven people total in Jon Snow’s group. But that was actually just the camera focusing on the main characters in Jon’s group, not the red shirts.

The main characters who went north of the wall are:

But there are actually more people than that with them. At least four additional unnamed “red shirts” traveled with them north of the wall. So during that first attack when someone died, it wasn’t one of our main characters. It was a random person who was scouting ahead of the group.

So if there’s ever a point when you’re watching and wondering, “Who the heck is this person?,” you’re likely seeing a red shirt in Jon Snow’s group.

We don’t know exactly who these people are. Maybe they’re people who were stationed at Eastwatch (but probably not, since the Night’s Watch and Eastwatch are undermanned.) Or maybe they are wildlings that traveled with Tormund. They could even be random people from the Brotherhood Without Banners. Maybe they were kept in the cell next to Thoros, Beric, and the Hound. We just don’t know. But we do know they are on the trek with the Magnificent Seven. It’s a little confusing because we didn’t see them actually leave with the group last week. Even this faraway shot from last week doesn’t show them. The Seven left the gate and it appeared to close right after them.

But they are with them. From this photo from tonight, we can easily see that there are not seven, but 10 people in the group:

Meanwhile this shot looks like there could even be 11 or more:

So yes, there are definitely quite a few more people in Jon’s crew than just the main seven. And we know that it’s more than 10 people. We just don’t know exactly where they came from. 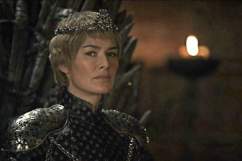 Read More
Game Of Thrones, HBO, TV
You may have thought you knew how many people were in Jon Snow's group, but Season 7 Episode 4 has different ideas. Learn more here.