Celebrity lawyer Gloria Allred had earlier called the new allegations, “a new low, even for Weinstein.” Mimi Haleyi announced to the world on October 24 that she too had been abused by former Hollywood producer Harvey Weinstein. It brings the total number of accusers against Weinstein to around 57. Allred said during the press conference, “[Mimi] is very brave. Weinstein appears to have reached a new low in what he did.” Haleyi first met Weinstein in 2004 at the European premiere of The Aviator. Allred also said that Haleyi may go to police in order to assist them with other inquiries relating to Weinstein.

1. Haleyi Says Weinstein Ripped Out Her Tampon in Order to Have His Way With Her Inside of a ‘Kid’s Bedroom’

Haleyi’s relationship with Weinstein was professional as she worked on the production of a Weinstein Company TV show in the mid-2000s in New York City. Speaking to the media, Haleyi said after their first meeting in 2004, Haleyi ran into Weinstein again at the 2006 Cannes Film Festival, “I was planning to spend some time in New York so I asked Harvey if I could help on any of his productions there.” Weinstein allegedly told her, “Why don’t you come and see me at my hotel and we’ll talk about it?” Haleyi went to a hotel room in Cannes where the Weinstein Company was set up. After going to Weinstein’s room, Haleyi says the producer’s assistant left and shortly afterwards, Weinstein began asking for a massage. Haleyi said, “He kept asking about massages and so I felt the meeting was going nowhere and I left. By that time, I was crying and felt completely humiliated and stupid about having a meeting with him.”

Later, Weinstein got Haleyi a job in production on an unnamed TV show being produced by the Weinstein Company in 2006. She also alleges that Weinstein showed up at her East Village apartment unannounced twice. On one occasion, Weinstein offered to fly Haleyi privately to Paris and to have her stay at the Ritz-Carlton.

Haleyi met him on one occasion saying, “I went to meet him at the Mercer in New York, and one the occasion he was completely charming and a total gentleman. A couple of days later I saw him again at the Weinstein offices in Tribeca where I went to pick up something from another producer. On this occasion we had a normal conversation, he told me about his various projects like his Factory Girl film and his plans to revive Halston, the 1970s fashion house. Harvey also lent me a book to read, “Tender is the Night,” by F. Scott Fitzgerald, before giving me a ride home with his assistant. He then told me he was going to the couture shows in Paris in a couple of days and asked if I’d like to come along. He said that we would fly in a private jet, stay at the Ritz and go to some fashion shows.”

She says she told Weinstein, “I finally said, “I’m not coming to Paris with you and I hear you have a terrible reputation with women. That’s when he backed off.”

In a statement, Haleyi said that she rebuked Weinstein’s advances during one encounter saying that she was on her period. She says she had agreed to meet him after the Paris-offers in order to maintain a professional relationship with him.

Haleyi told the media about her visit to Weinstein’s home in the Soho neighborhood of New York City, “He was extremely persistent and physically overpowering. He then orally forced himself on me while I was on my period. He even pulled out my tampon. I was mortified. I was in disbelief and disgusted.” Haleyi continued, “I would not have anted anyone to do that to me even it that person had been my romantic partner. I remember Harvey afterwards rolling over on to his back and saying, “Don’t you feel we’re so much closer to each other now?” I replied, “No.”” Haleyi described the room where the abuse happened as “a kid’s bedroom.”

Haleyi added that Weinstein did what he did “because I wasn’t anyone important in his world.” Haleyi said, through tears, “A no is a no, regardless of circumstances. And I told Harvey no.”

2. Haleyi Is a Photographer & Visual Artist

According to her website, Wonder Valley Girl, Haleyi is a photographer and visual artist. The only detailed section of the website show many photos of desert trip that Haleyi took in 2017. Tweets from Haleyi’s Twitter account show that she’s an animal’s rights activist.

3. The Number of Actresses & Models Accusing Weinstein of Sexual Abuse Continues to Rise

The list of accusers against Weinstein stands at around 57 and includes Cate Blanchett, Rose McGowan and Gwyneth Paltrow. Prior to Haleyi’s allegations, the last accuser had been an unnamed Italian model and actress who says that Weinstein raped her inside a Beverly Hills hotel in 2013. As TMZ reported then, Weinstein’s team sought to discredit the victim saying she had already courted the media prior to making an official statement to police.

On October 19, Lupita Nyong’O added her name to the list of accusers when in a New York Times piece she wrote that Weinstein had tried to ply her with alcohol during a meeting at a hotel. Nyong’O said that later, at his home, Weinstein asked for a massage and during which, he removed his pants. That alleged incident occurred in 2011.

GettyHarvey Weinstein and his estranged wife Georgina Chapman attend the Planned Parenthood 100th Anniversary Gala at Pier 36 on May 2, 2017 in New York City.

On October 23, a day before Haleyi came forward with her allegations, Weinstein’s former assistant, Zelda Perkins, came forward with her own allegations. Perkins told the Financial Times that she was publicly breaking her non-disclosure agreement to talk her time working at Miramax. Perkins alleges that Weinstein would expose himself, ask for massages and ask her to watch him in the shower. Perkins says, “This was his behavior on every occasion I was alone with him. I often had to wake him up in the hotel in the mornings and he would try to pull me into bed.”

4. Lexus Is the Latest Company to Sever Ties With the Weinstein Company

On the same day that Haleyi came forward with her allegations, CBS News’ Aarti Pole reported that Toyota’s Lexus department had severed ties with the Weinstein company. The ending of their partnership is a direct result of the allegations against Weinstein.

Fox News has been hugely critical of NBC News’ handling of the Weinstein scandal with rumors that the organization knew about the allegations before the story broke in the New York Times and the New Yorker. Tucker Carlson said on his show, “Noah Oppenheim [NBC News President] ought to resign immediately and if he doesn’t, he ought to be fired immediately by NBC’s parent company Comcast. News executives are not allowed to tell lies. They are not allowed to participate in cover-ups. They ought to answer straightforward questions straightforwardly. When they don’t, you know they’re corrupt, and that is exactly what NBC News is,” via Mediaite.

Until October 7, Gloria Allred’s daughter Lisa Bloom had been part of Harvey Weinstein’s legal/advisory team. Bloom told the Hollywood Reporter that she wouldn’t be conflicted if she had to face her mother in court. Bloom said, “Obviously, that doesn’t feel good.” Bloom also spoke about why she represented Weinstein in the first place saying, “I wasn’t defending his behavior. I was advising him to immediately apologize and that’s what he did. Perhaps that was too fine of a distinction for people to appreciate.” 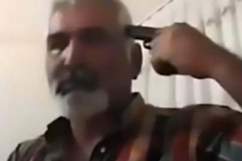