It’s New Year’s Eve, which means that the television specials are in full effect. Dick Clark’s New Year’s Rockin’ Eve is back on the ABC TV channel with its 2017 – 2018 edition for its 46th anniversary, starring host Ryan Seacrest and his returning co-host Jenny McCarthy. Lucy Hale will also be running correspondence from New Orleans, Louisiana, while Ciara joins in as this year’s Los Angeles host. In the last couple years, Fergie took care of the west coast side of the show. When it comes to the entertainment, big artists will be performing and broadcasting live, across the the country. Britney Spears will be appearing from her Axis Theater residency in Las Vegas, Nevada. Headliners include Camila Cabello, Mariah Carey, Nick Jonas, and Sugarland. Yes, Mariah Carey returns after her blunder last year as the headline performer.

Imagine Dragons and Walk the Moon will broadcast their performances from New Orleans, while the most acts will be going on on the west coast. Performers in Los Angeles, California include Kelly Clarkson, BTS, Fitz and the Tantrums, Alesso, G Eazy, Florida Georgia Line, Kane Brown, Khalid, Marshmello, Zedd, Alessia Cara, Bebe Rexha, Portugal. the Man, Hailee Steinfeld, Halsey, Shawn Mendes and Charlie Puth. So, what is the schedule of tonight’s events?

Ryan Seacrest has been a host of Dick Clark’s New Year’s Rockin’ Eve for 12 years and he recently talked about his duties to People. Seacrest said that on the big night, “We’re in Times Square and there are 2 million people on set. We are truly, from 8 [p.m.] until 12:35 [a.m.], running up and down Times Square looking for different people who have been waiting from all over the world, who are celebrating for the first time, it’s on their bucket list [and] that kind of thing … I hope the ball goes down smoothly. I hope we all hug and toast for a new start, new year, new beginnings — and let the diet wait until January 2nd.” Seacrest then revealed that, “At 1:30 in the morning, we go for sushi and everyone who has worked all night is served dinner. It’s fun!” The entire crew heads to Nobu 57 for the after-work celebration to ring in the new year together. Seacrest, 43, and his live-in girlfriend Shayna Taylor, 26, have never been shown sharing a kiss at midnight. Maybe this year will be the year. 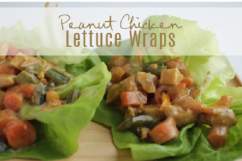