It may be the cold weather outside, or the looming interest in the Oscars, or the need to escape from too much time with your family.

However you look at it, there is no denying that everyone has movies on the mind around Christmastime.

There’s just something about the magic of the silver screen and the magic of holidays that just line up perfectly.

No matter who you’re shopping for, a cinematic adventure is sure to be a hit, as long as you know your gift recipient’s taste well enough.

If you’ve forgotten which significant films came out in the last year, our list below provides an awesome recap of 2017’s best films to give for Christmas, plus a few classics that can never go wrong.

Throw in some popcorn and candy, and you have an awesome gift to put the magic of the theater under your Christmas tree.

Blade Runner 2049 is one of the most deep and visually pleasing movies to come out this year. In a rare upset, many longtime fans call director Denis Villeneuve’s newest installment to the franchise better than Ridley Scott’s original.

It is going to be remembered as an instant classic, and as such, would make the perfect addition to any sci-fi fan’s film collection.

Superheroes movies have really hit their stride over the last couple of years. But new movies like Patty Jenkins’ Wonder Woman show that the genre still has plenty of room to grow.

This film follows Diana, Princess of the Amazons, who comes to Earth to fight alongside men for the first time.

It is a fresh re-imagining of the classic Wonder Woman character, and a case story about how more diverse gender representation makes for a much more interesting superhero movie.

This recent Criterion Collection re-release of the Samurai Trilogy will have old school cinephiles drooling over the sword-shattering action of acclaimed actor Toshirô Mifune.

The three films, Musashi Miyamoto, Duel at Ichijoji Temple, and Duel at Ganryu Island all deliver a ton of great samurai action, plus some considerable character development from the titular character.

Marvel’s most tongue-in-cheek band of heroes returns once more in James Gunn’s Guardians of the Galaxy Vol. 2, which tackles the origin story of the intrepid Star Lord.

The Guardians films have a special knack for capturing everything that makes a superhero movie special without taking itself seriously at all.

Buy Guardians of the Galaxy Vol. 2 on Blu-ray here.

Christopher Nolan’s first foray into the war film genre only further cements his versatility as a director.

It stands out against other films of its kind with its relentless pacing and anxiety-filled combat scenes.

The Harry Potter series means so much to so many different people, that it seems silly to leave the complete box set out of any discussion on must-own films.

This series is one that’s worth watching over and over. And that’s not just because the total combined length of the movies is almost 20 hours.

Jordan Peele’s Get Out is a refreshing film that takes on horror movie conventions and prevalent social issues on race.

This unique film offers some wild twists for the first time watcher, plus some deep symbolism for the return watcher.

Buy Get Out on Blu-ray here.

8. Rogue One: A Star Wars Story

Some moviegoers like to catch the latest feature films, regardless of genre or ratings. Others are just passing the time until we can get another Star Wars movie.

If you know someone who just can’t wait for Star Wars: The Last Jedi, they might appreciate the surprisingly well done Rogue One, a spinoff leading up to the original demise of the Death Star.

Though this one came out in 2016, it is still fresh on the mind for many people.

Buy Rogue One: A Star Wars Story on Blu-ray here.

The Spiderman franchise has been through a rough ride, but Jon Watts’ Spider-Man: Homecoming is a needed return to form for the web-slinging hero.

Tom Holland as Spidey is nerdier than Toby McGuire, and funnier than Andrew Garfield, making him arguably the best Peter Parker yet. 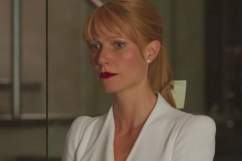 ‘Spider-Man: Homecoming’: Why Wasn’t Gwyneth Paltrow in the Past Few Marvel Movies?

Disney’s Moana might have been a 2016 release, but fans of this movie simply cannot get enough of it.

Its Pacific Island flair and heartwarming songs have made it an instant classic, and a must-have for any true Disney fan’s library.