Bouquets of love from Stedman and the pups. #loveiseverything❤️

Oprah Winfrey has been with partner Stedman Graham since 1986, but the two have never married. In fact, Winfrey has never had a husband and she also decided not to have children. According to Celebrity Net Worth, Winfrey has an estimated wealth of $3.2 billion, but she doesn’t have any kids fighting for a new Bentley. Bustle reports that Winfrey actually admitted that she never wanted children. In fact, Entertainment Tonight asked Winfrey if she regretted not having kids and her response was this, “When people were pressuring me to get married and have children, I knew I was not going to be a person that ever regretted not having them, because I feel like I am a mother to the world’s children … I didn’t want babies. I wouldn’t have been a good mom for babies. I don’t have the patience. I have the patience for puppies, but that’s a quick stage!”

While Winfrey has been with Stedman Graham for decades, she opted to not get married. And, in a 2017 edition of Vogue, she admitted that the topic of marriage almost never came up in their relationship. Winfrey also says that not getting married played a part in the success of their bond. She explained, “Nobody believes it, but it’s true. The only time I brought it up was when I said to Stedman, ‘What would have happened if we had actually gotten married?’ And the answer is: ‘We wouldn’t be together.’ We would not have stayed together, because marriage requires a different way of being in this world. His interpretation of what it means to be a husband and what it would mean for me to be a wife would have been pretty traditional, and I would not have been able to fit into that.”

Off to rehearsal. #GoldenGlobes pt2

In 2013, Winfrey had similar words to say about marriage, maintaining that she and Stedman would not make things legal. At the time, she told the New York Post, “I think it’s acceptable as a relationship, but if I had the title ‘wife,’ I think there would be other expectations for what a wife is and what a wife does. First of all, you’ve got to come home sometimes.” Just two years ago, Winfrey shut down rumors that she tied the knot with Graham. She took to Twitter and wrote, “6 people who know me well have called today congratulating me or surprised they weren’t invited to my wedding. IT’s NOT TRUE!!” Years ago, Winfrey said her friend Tina Turner tried to convince her to tie the knot, but she refused.

6 people who know me well have called today congratulating me or surprised they weren't invited to my wedding.
IT' s NOT TRUE!!

So, who is Stedman Graham? Graham is an author and businessman, as well as a public speaker. He actually was previously married to Glenda Graham and the two had a daughter named Wendy. So, Graham went into his relationship with Winfrey as a father. According to the Daily Mail, Wendy Graham actually became engaged in 2002 but she lost her fiance in a tragic drowning accident. Years later, in 2015, she went on to marry an engineer named Bradley Kerwin Greene. That same year, the two had a child together. 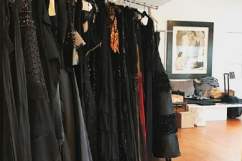 Read More
Celebrities, Oprah, Oprah Winfrey
Why did Oprah Winfrey never get married or have kids? Get to know more about her love life, her partner Stedman Graham and her net worth.