Georgia state representative Jason Spencer shouted racist obscenities, including multiple instances of the N-word, on Sacha Baron Cohen’s Who is America?, a show in which Cohen attempts to dupe people around the country into saying both offensive and embarrassing things.

Spencer, 43, is a Republican member of Georgia’s General Assembly, serving his fourth term in the House of Representatives. He lost the Republican primary earlier this year, meaning that he will be out of office following the 2018 general election in November.

This isn’t the first time Spencer has stirred controversy either. He has previously made headlines for introducing a bill to ban burqas and for his comments about Confederate monuments.

Here’s what you need to know about Jason Spencer:

Cohen, pretending to be Captain Erran Morad, an Israeli anti-terror specialist, offered his “expertise” on how to stop terrorism to Spencer. To start things off, Cohen asked about the burka ban that Spencer introduced after the 2016 election.

Spencer’s appearance only got worse from there. Cohen handed him a selfie stick and asked him to position it under a woman wearing a burka to determine if she was a terrorist. Cohen told him to impersonate a Chinese tourist while doing so. Spencer spoke in a stereotypical and incredibly offensive Chinese accent throughout the exercise shouting things like “Ho Chi Minh,” “Sushi,” and “Red Dragon.”

Spencer continued his downward spiral into a segment about intimidating potential terrorists. He shouted the N-word at the top of his lungs four times before Cohen told him he was saying the wrong N-word.

Then, Cohen convinced Spencer to drop his pants and run at him with his bare butt exposed. Cohen told him that if his butt touched a terrorist, it would turn them gay. Spencer proceeded to run backwards, bent over, shouting “America.”

At the end of the show, a final clip of Spencer showed him delivering a message to terrorists. He referred to them as “sand n——” and said he would cut their genitals off and put them in their mouths.

You can watch a series of the clips in this Twitter thread [WARNING: NSFW]:

In a lengthy statement to the New York Times before the footage aired, Spencer threatened legal action if his appearance was broadcast.

This is QUITE a statement from Jason Spencer, a state rep from Georgia, also duped by Sacha Baron Cohen. Says he took part in an anti-terrorism training video, including “a kidnapping scenario where I was repeatedly asked to shout provocative language….” pic.twitter.com/2OUR6GEHEN

After the segment aired, Spencer told The Washington Post that he would not resign.

I apologize to my family, friends, and the people of my district for this ridiculously ugly episode. Finally, there are calls for me to resign. I recently lost my primary election, so I will not eligible to hold office next term. Therefore, I will finish the remaining five months at my post and vacate my seat.

The actions and language used by Jason Spencer are appalling and offensive. There is no excuse for this type of behavior, ever, and I am saddened and disgusted by it.

2. Spencer Told a Former Georgia Lawmaker That People Who Removed Confederate Statues Would “Go Missing in the Okefenokee”

In 2017, Spencer got in a tense Facebook exchange with former Georgia lawmaker LaDawn Jones about the removal of Confederate statues in Georgia. Spencer’s comments had racial connotations towards Jones, an African-American woman and attorney.

The since-deleted exchange was chronicled in a HuffPost article.

“Passing through South Georgia on my way back. Stopped by another state historic site, the Jefferson David Memorial site (the site where the C.S.A. President fled to hide from the Union, but they found him in Irwinville, Ga…30 minutes north from where I grew up.) This is Georgia’s history. #DealWithIt,” Spencer captioned in a selfie in front of the memorial.

When Jones responded saying that he wouldn’t “be in the legislature forever.” and that “progress is not on your side,” Spencer started a string of threatening messages.

“Continue your quixotic journey into South Georgia and it will not be pleasant. The truth. Not a warning. Those folks won’t put up with it like they do in Atlanta. It best you move on,” he replied. In a subsequent message, he wrote, “Looks like you are afflicted with the same poison you claim to fight against. I can guarantee you won’t be met with torches but something a lot more definitive. People in South Georgia are people of action, not drama.”

After receiving support from another Facebook user, Spencer added, “They [those who want to remove the Confederate monuments] will go missing in the Okenfenokee. Too many necks they are red around here. Don’t say I didn’t warn you about ’em.” The Okenfenokee is a 438,000-acre wetlands along the Georgia-Florida border.

In a text message to HuffPost, Spencer said: “She is from Atlanta – and the rest of Georgia sees this issue very differently. Just trying to keep her safe if she decided to come down and raise hell about the memorial in the back yards of folks who will see this as an unwelcome aggression from the left.”

3. Spencer Introduced a “Burqa ban” Bill Shortly After He Was Re-elected in 2016

Controversial bill proposes ban on burqas behind the wheelA Georgia lawmaker has introduced a new bill that could seriously restrict the rights of Muslim women to wear burqas and veils in public. The lawmaker claims the bill only applies to drivers’ licenses and drivers, but his critics said it is worded in a way that would have much bigger consequences. House Bill 3 was prefiled on Tuesday for the upcoming legislative session beginning next year. The way the law is written, it may sound to some that women or men couldn’t walk down a public street concealing their faces at all, but State Rep. Jason Spencer (R – Woodbine) said that’s not his intention and the bill can be modified. He does think burqas should be banned while driving. He said “People wearing head pieces while driving is a distraction and should be prohibited.” He also feels Muslim women should have to show their faces when getting a driver’s license, something the Georgia Council of American Islamic Relations said already happens. “You go to get a driver's license; you already have to show your face. Muslim women already do that no problem. That makes the law unnecessary and it's also unnecessary for the law to go further and require you to show your face when you are in public minding your own business. It’s completely unnecessary. It’s blatantly targeting a religious minority,” said Edward Ahmed Mitchell, Georgia Council on American Islamic Relations. CAIR plans on fighting the legislation. Rep. Spencer said there’s already a mask bill in place in Georgia and his bill just adds to that. He said his constituents fear masked Islamic terrorists. Rep. Spencer did indicate in a phone conversation with News Radio 106.7’s Christy Hutchings that there may be some wiggle room and he is willing to sit down to have a conversation about the bill before moving forward. Based on the phone conversation i had with representative spencer- it sounds there's some wiggle room here- and he's willing to sit down and start having conversations.2016-11-16T23:57:57.000Z

In 2016, following his successful re-election campaign, Spencer pre-filed House Bill 3 that many construed to be anti-muslim. The bill, which was initially written to ban Ku Klux Klan members from concealing their faces in public, included language that targeted women. Many saw this as an attempt to curb the religious freedoms of Muslim women by barring them from wearing burqas, niqabs, and other head veils in public.

Although Spencer denied that the bill was aimed at Muslim women — the bill didn’t specifically mention any traditional Muslim veils — officials at the Council on American-Islamic Relations saw it that way.

“We suspect it’s motivated by a desire to discriminate against Georgia Muslims,” said executive director of CAIR-Georgia Edward Ahmed Mitchell.

4. Spencer Referred to the Archdiocese as a “Pro-Child Predator Special Interest Group”

Earlier this year, Spencer made negative comments about the Catholic Church in the midst of conversations about the Hidden Predator Act. The act would lift the statute of limitations for two years on cases against alleged sexual abusers.

The Archdiocese of Atlanta and Georgia Chamber of Commerce opposed the bill out of concern that it wouldn’t apply to public schools. It was perceived  by the Catholic Church as an anti-Catholic bill, not one aimed at actually protecting and helping victims of sexual abuse.

Spencer supported the bill and expressed anti-Catholic while doing so. He referred to the Catholic Church as a “pro-child predator special interest group” and a “child sexual predator lobby.”

5. Spencer Served on Five Legislative Committees in 2017, is Married & has Two Kids

Spencer and his wife Melaney have two kids.

In the 2018 primaries, Spencer lost to Steven Sainz, a 24-year-old who has never held public office. Sainz carried nearly 58 percent of the vote to Spencer’s 42 percent. Spencer even lost in his home county by a large margin. 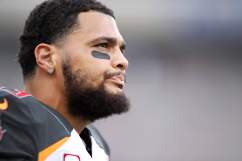