Season 7 of MTV’s long-running show Catfish returns with brand new episodes on July 11, 2018, kicking off the return with back-to-back episodes. So, for the next few weeks, Catfish will air for two-hours straight, from 9 – 11 p.m. ET/PT and 8 – 10 p.m. CT. For those who do not have a TV or cable subscription, there are still several options for watching the show online. You can watch MTV live on your computer, phone or streaming device by signing up for one of the following cable-free, live-TV streaming services:

Philo TV: MTV is included in Philo’s main bundle, which is the cheapest among all streaming services if you plan on keeping it long-term. Not only that, but you can sign up for a free trial without having to enter any billing information. You’ll get two days for free right off the bat, then if you enter your billing information after that, you will get an additional five more days free.

After signing up, you can watch the show live on your computer via the Philo website, or on your phone, tablet or streaming device via the Philo app. Additionally, if you can’t watch live, Philo also allows you to DVR programs and watch them up to 30 days later. And even if you forget to DVR something, Philo also comes with a 72-hour rewind feature, which allows you to replay any show or event that has aired in the last 72 hours.

Sling TV: MTV is included in either the “Sling Orange” plus “Comedy Extra” bundle or the “Sling Blue” plus “Comedy Extra” bundle. You can sign up for a free 7-day trial of either, and you can then watch the show live on your computer via the Sling TV website, or on your phone, tablet or streaming device via the Sling TV app. If you can’t watch live, you can get 50 hours of cloud DVR storage as an additional add-on.

In addition, Amazon offers Catfish season 7 episodes for purchase, individually and for the entire 7th season as well, staring at $1.99 per episode or $19.99 for the entire season. See your purchase options here.

Starting with the July 11th episode of Catfish, let’s get into a little episode guide with what to expect for the next four episodes to air from season 7. Read on for the episode synopsis for each below.

“CATFISH” SEASON 7 EPISODE 11: The title of the episode is “Kiaira & Cortney”. The Xfinity synopsis of the show reads, “Kiaira and Cortney had a baby, but the two have never met; Nev and Max are called in to bring the family together, but they worry this could be the greatest manipulation in catfish history.”

“CATFISH” SEASON 7 EPISODE 12: “Nina & Jon” is the title of this episode and the Xfinity synopsis of the episode states, “Nina is a sexy webcam model who’s considering leaving her husband for a client she’s fallen in love with online.”

“CATFISH” SEASON 7 EPISODE 13: “Angel & Jordan” is the title of episode 13. The plot description for this episode says, “Jordan ends a real-life relationship for a spark on Tinder; Nev and his wife Laura get on the case and uncover dark truths.”

“CATFISH” SEASON 7 EPISODE 14: The title of this show is “Miss Mia Rose & Maldiva” and the episode is described as, “Meike, a female gamer, gets help confronting Maldiva, an online troll that’s been harassing her for six years; when she’s finally able to track him down an call him out on his misogynistic behavior, his reaction is shocking.” 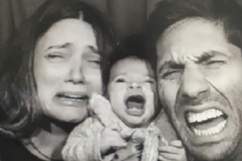