It’s National Book Lovers Day! Everyone is encouraged to set aside the smartphone, turn off the TV and read an actual book.

Americans are also using the day to share their favorite books, their thoughts about reading and of course, memes! Here’s a roundup of some of the best Twitter memes shared so far:

Me recommending books to my friends on #BookLoversDay pic.twitter.com/JDyREnP8Da

As it's #BookLoversDay give an author you love a treat and leave them a fantastic review or two…. pic.twitter.com/9hnpD5rppG

Happy #BookLoversDay, MoCo! How are you celebrating? Visit a @MCPL_Libraries branch near you to cool off on this humid day & enjoy a great book! We suggest the subjects of emergency preparedness, natural disasters, & extreme weather. There's SO MUCH cool stuff to learn! ? pic.twitter.com/Pc3h1fPbk0

It’s #BookLoversDay! In celebration I will be reading Children of Blood and Bone by Toni Adeyemi. I also hope to lose myself in a #bookstore today ☺️. Happy Reading! #childrenofbloodandbone

What book are you currently reading? pic.twitter.com/2PMrGxodG4

Pachinko, Harry Potter, 100 Years of Solitude, A Wrinkle in Time, Anne of Green Gables. What's the last book that it was *so good* you didn't want to finish reading?
Tell us using #BookLoversDay ??We'll RT to share your recommendation! pic.twitter.com/4bB1TN3u5C

Happy #BookLoversDay !!! here are some of my favorites, some that i have currently read and absolutely loved … I highly recommend all of these!!! ???? pic.twitter.com/GspSBVqpmj

Did You Know: There Are More Than 16,000 Public Libraries Nationwide

Sales of printed books have gone up in recent years. The Wall Street Journal reported that ebook sales had actually decreased in 2016 while traditional print book sales rose.

Just like how TV did not kill radio, online reading did not end up killing the need for libraries. According to the American Library association, there are about 16,500 public libraries operating across the nation. And communities still feel that these institutions play a vital role and provide crucial services.

A survey conducted through September and October of 2017 analyzed perceptions of libraries. Some of the key takeaways of the survey included:

Most Challenged Books of 2017

Freedom of the press is protected under the first amendment. But controversial books are at times challenged or even banned by school libraries. Topics that some school districts find inappropriate include gender identity, suicide, and sex. Other challenged books include scenes of graphic violence or racial language.

The Office for Intellectual Freedom put together a list of the 10 books that were challenged the most often nationwide in 2017.

1. Thirteen Reasons Why by Jay Asher
2. The Absolutely True Diary of a Part-Time Indian by Sherman Alexie
3. Drama by Raina Telgemeier
4. The Kite Runner by Khaled Hosseini
5. George by Alex Gino
6. Sex is a Funny Word by Cory Silverberg
7. To Kill a Mockingbird by Harper Lee
8. The Hate U Give by Angie Thomas
9. And Tango Makes Three by Peter Parnell and Justin Richardson
10. I Am Jazz by Jessica Herthel and Jazz Jennings

The Best Selling Books of 2018 So Far

Amazon keeps a running tally of the most popular books people are buying at any give time. The list is updated daily. As of August 9, the top-selling books for 2018 so far are:

1. Fire and Fury by Michael Wolff
2. Last Week Tonight with John Oliver Presents a Day in the Life of Marlon Bundo written by Jill Swiss
3. 12 Rules for Life: An Antidote to Chaos by Jordan B. Peterson
4. A Higher Loyalty: Truth, Lies, and Leadership by James Comey
5. Magnolia Table: A Collection of Recipes for Gathering by Joanna Gaines

Popular children’s books are also consistently high on the list of Amazon’s best-selling books, including:

No book list is complete without a few classics! Penguin Random House put together a list of highly recommended books. Some of those on the list include novels frequently taught in high school and college English classes. The list includes: 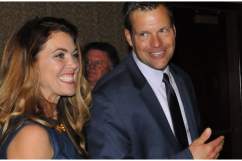