It’s National Lazy Day 2018! The unofficial holiday is an excuse to disengage, relax and do nothing. It’s unclear when exactly August 10 was designated as National Lazy Day. Perhaps the person who did was too lazy to mark the year.

Did you need an excuse not to get any work done on this Fri-yay?! ?? (FYI, participate at your own risk) #NationalLazyDay pic.twitter.com/VYo5KnYLqx

Americans, as well as our friends across the pond, are experts in the art of being lazy. This is especially true at the office. The Bureau of Labor Statistics estimates the average worker spends nearly 9 hours at the office during a typical workday. But people are not productive for the vast majority of that timespan.

A recent survey of about 2,000 office workers in the UK discovered that people truly work work for only 2 hours and 53 minutes each workday. Between distractions from coworkers, lunch and coffee breaks and time spent looking at other things on the computer, workers are just not that productive.

Researchers asked survey respondents what they specifically spend their time doing at work. Workers were asked to estimate how much time they spent on each distraction. Here’s how workers reported they spent their time:

Americans Consume More Than 12 Hours of Media Every Day

Researchers have found that Americans are consuming media for more than 12 hours each day. Shocking, right? A survey by eMarketer found that TV is still the biggest distraction; Americans are watching an average of 4 hours of TV per day. Time spent looking at our smartphones comes in second: an average of three hours and 17 minutes per day.

The average person spends about two hours on social media each day, according to MediaKix. That amounts to more than 5 years of our lives. That’s a lot of liking, retweeting and sharing. YouTube was the top site in terms of total minutes spent on the platform: 40 minutes on average per day.

I didn’t know there was a specific day. #NationalLazyDay

National Lazy Day provides a valid excuse for creating fun memes! And Twitter users are always up for that challenge. Animal memes are always especially popular, including the ones below that incorporate pandas, cats, a sloth and a particular hilarious one of a dog with one paw on a treadmill!

Take some time today to clear your head and relax. #NationalLazyDay #mentalhealth pic.twitter.com/akRwdmN5WQ

Lions can sleep for up to twenty hours a day ?? It seems fitting that today is both #WorldLionDay and #NationalLazyDay! ? #FridayMotivation pic.twitter.com/moB054bVGf

Some Twitter users joked about not wanting to do simple tasks, such as eating. They also joked about being too lazy to tweet.

I was sitting in the kitchen for an hour waiting to be hungry enough to make breakfast. Makes sense #NationalLazyDay

#NationalSmoresDay and #NationalLazyDay should not be on the same day. Those smores take a lot of work. ?

There were some memes that went political, targeting President Trump for his weekend golf trips.

On this #NationalLazyDay, let's look in and see what the Laziest President in History is up to this week . . . pic.twitter.com/ve0ntu6eyy

And here’s a roundup of some more entertaining memes.

Oh hey, its #NationalLazyDay how are you being lazy this fine day? pic.twitter.com/h6OsNYgRBh

Looking for the one sweet day you won’t be judged for doing nothing? That day has arrived. #NationalLazyDay pic.twitter.com/rYU8u0WoT1 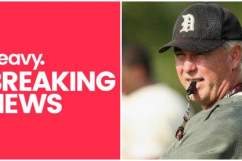