Surviving R. Kelly is the Lifetime docuseries that focuses on the abuse claims, alleged victims, and witnesses surrounding music artist R. Kelly over the years. One of the women dubbed as a survivor of R. Kelly is Azriel Clary. Though Clary does not appear on the documentary, her parents, Alice and Angelo, do appear. In 2017, the Clary family alleged that Azriel had become part of R. Kelly’s reported sex cult, as reported by Buzzfeed. R. Kelly allegedly had a cult in his Chicago and Atlanta homes.

According to Vibe, Clary was 17 years old when she met R. Kelly and her parents said they were present when the two first met. R. Kelly allegedly gave Clary his number and she ended up moving in with the star. Clary’s parents spoke out to the media in 2017 that after their daughter moved in with R. Kelly, they supposedly didn’t hear from her for months. Before Angelo and Alice spoke out to the media, they talked about the last time they had seen their daughter.

Alice recalled to Buzzfeed, “It was as if she was brainwashed. [She] looked like a prisoner — it was horrible. I hugged her and hugged her. But she just kept saying she’s in love and [Kelly] is the one who cares for her. I don’t know what to do. I hope that if I get her back, I can get her treatment for victims of cults. They can reprogram her. But I wish I could have stopped it from happening.” 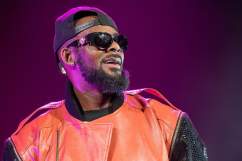 When Clary first started dating R. Kelly, an Instagram user named @97babygirl posted photos online, claiming to be a friend of Clary, and congratulated Clary on her relationship with R. Kelly, according to The Jasmine Brand. The user @97babygirl also claims that Clary’s mother is her aunt, which would make her Clary’s cousin.

According to TMZ, Clary, 20, was one of the victims in R. Kelly’s alleged sex cult. And, her father wants justice for his daughter. Angelo Clary said that because of his daughter’s race, he felt that her case wasn’t handled as well as it should have been, as reported by Vibe. Clary’s father stated, “Black girls ain’t getting no views, no input, no support, no nothing. You got Sony records that should answer for this. You got people that are supporting this man; Clive Davis, all these people that are in close net with him they have to answer to this because if these were Caucasian young women, we would not be going through this. Period. It would be done, he would’ve released those children and went on with his life or he would have been in jail.”

The Father Of R. Kelly’s Alleged Victim Azriel Clary Says The Singer Would Be Jailed If Girls Were White https://t.co/g1a9yjioOL pic.twitter.com/i1Ge5tUAMF

Dame Magazine reported that some of R. Kelly’s other alleged victims include Tiffany Hawkins, Tracey Sampson, Patrice Jones, Montina Woods, Jerhonda Pace, Jocelyn Savage and Kitti Jones. In addition to Clary’s parents appearing on the 2019 Lifetime docuseries, Surviving R. Kelly, Jocelyn Savage’s parents also appear. Dallas Black reported that members of the alleged cult were controlled by R. Kelly, according to members of R. Kelly’s inner circle, who said that Kelly “dictates what they eat, how they dress, when they bathe, when they sleep, and how they engage in sexual encounters that he records.”

Read More
Celebrities, R Kelly, TV
R. Kelly's alleged victims of sexual abuse have been appearing on the Lifetime docuseries. Azriel Clary does not appear, but her parents, Alice and Angelo, do.