Getty Kandi Burruss, reality TV star on Real Housewives of Atlanta and a successful musician, will be featured on the second season of Celebrity Big Brother.

Kandi Burruss, star of Real Housewives of Atlanta, will be featured on the second season of Celebrity Big Brother. A musician and reality TV star, Burruss has had several spinoffs of role on RHOA over the years, including The Kandi Factory in 2012, Kandi’s Wedding in 2014, and Kandi’s Ski Trip in 2015.

Burruss is a multi-talented businesswoman, singer and mother, on top her television roles. She has three children: Kaela Tucker, 22, Riley Burruss, 16, and Ace Tucker, 3.

Here’s what you need to know about Burruss:

1. Burruss Started Her Music Career in 1992 & Was The Creative Genius Behind The Song “No Scrubs”

Today is the day 18 years ago I released “Cheatin on Me” from my first solo album “Hey Kandi”! This song even had a remix with 50 cent! Check the clip of the video and drop ?? if you have ever been ready to drop a “duck” that you caught cheating with your significant other! You see my face! ?? (thanks @justindiego)

According to Hollywood Life, Burruss began her music career back in the early 90s with the girl group Xscape. The group consisted of Tameka “Tiny” Harris, LaTocha Scott, Tamika Scott and Burruss.

Burruss and Tameka Harris worked together to create the score for TLC’s pop hit “No Scrubs,” and Burruss wrote the song “Bills, Bills, Bills” by Destiny’s Child. Burruss and Harris were also credited for Ed Sheeran’s “Shape of You,” due to the similarities between the two songs.

She also had a successful solo singing career, and recently posted a throwback video of her  song “Cheatin on Me” on her Instagram page, writing: “Today is the day 18 years ago I released ‘Cheatin on Me’ from my first solo album ‘Hey Kandi’! This song even had a remix with 50 cent! Check the clip of the video if you have ever been ready to drop a ‘duck’ that you caught cheating with your significant other! You see my face!” 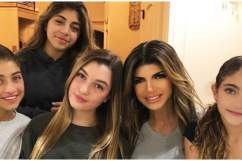 2. Burruss’ Fiancée Died in 2009 After Sustaining Head Injuries in a Fight & Burruss Went On To Marry Her RHOA Producer Five Years Later

Burruss has a daughter – Riley Burruss – with ex-boyfriend Russell “Block” Spencer of Block Entertainment. Riley was born in August, 2012.

In late 2008, Burruss began dating Ashley “A.J.” Jewell, and the two were engaged several months later. However, Jewell died less than a year later after sustaining head injuries from a brawl he was involved in.

Four years later Burruss announced on Twitter that she was engaged to Todd Tucker, a former line producer for RHOA, whom she had been dating since 2011. The two married in 2014, and welcomed their son Ace Wells Tucker in 2016.

Burruss and her husband reside in Atlanta with their three children.

3. She Has Starred on Several Spinoffs Of Real Housewives of Atlanta

They caught me showing all my teeth! ? Make sure to tune in to the premiere of #RHOA #Season11 tonight at 8!!!

In March, 2009, Entertainment Weekly reported that Burruss would be replacing DeShawn Snow on the second season of RHOA. She was still engaged to Jewell at the time, and had expressed interest in reviving her music career, with spawned a feud between Burruss and Nene Leakes, another RHOA star.

Burruss eventually received her own spinoff from RHOA – The Kandi Factory. The show was initially planned as a one-time television special, which followed Burruss and her record producers as they attempted to launch the music careers of several undiscovered artists. However, the show was cancelled after airing just one season.

Bravo then announced a spinoff centered around Burruss and Tucker’s wedding, titled Kandi’s Wedding, which brought in high ratings for Bravo and topped other RHOA spinoff series. 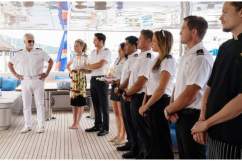 Does Laura Betancourt Get Fired on Below Deck?

4. Burruss Almost Turned Down Her Role on Big Brother

Burruss nearly turned down the offer to star on CBB after her son asked her not to leave for the show. She told Entertainment Weekly that shooting her various reality TV shows it different than being locked in a house with a bunch of other dramatic TV stars, far away from her husband and children.

However, after encouragement from her friends and family, she decided that whatever drama she would face on CBB couldn’t possible compare to what she’s dealt with on RHOA.

“I feel like the drama on the Real Housewives is way worse,” Buruss told Entertainment Weekly. “The Real Housewives of Atlanta? Oh, that drama on Celebrity Big Brother is not going to compare to our drama, okay? So if I can do RHOA, I definitely can do this.”

Be confident, be fearless, be humble, be honest and be happy with who you see when you look in the mirror even when others may not! #iamkandikoated @kandikoatedcosmetics

TMZ reports that Burruss and the rest of her CBB co-stars will be taking home $100,000 each, just for appearing on the show. However, they have the ability to bring home even more if they win the show, with the winner pocketing another $250,000.

“Honestly, my agent was like ‘hey, do you think you would ever do Celebrity Big Brother?’ and I was like I guess,” Burruss told Entertainment Tonight. “You know, I always wanted to do one of those competition shows or a show outside of Housewives. I was like okay, this might be fun.”

She continued, “And then I talked to my daughter Riley, and she was like ‘yes, it’s pretty cool. You should do it.’ So, really, it’s because of Riley.”

READ NEXT: Made in Staten Island Cast Spoilers 2019