In recent weeks, fans noticed that Lady Gaga had not been wearing her engagement ring and her fiance, Christian Carino, was not seen out and about with her. So, the speculation about their relationship began to run wild about a possible break up. Soon, it was confirmed that the two had split, as Gaga’s rep confirmed to The Hollywood Reporter.

Carino, 50, and Gaga, 32, started dating in February 2017 and Gaga confirmed that her then-boyfriend had popped the question in October 2018. But, why didn’t the relationship work out? Why did the couple split?

According to Gaga’s rep, there wasn’t a major event that caused the split. Her rep told People, “It just didn’t work out. Relationships sometimes end … There’s no long dramatic story.” When news of the break up began to spread, a source also said to People, “Their friends knew they weren’t going to work out in the long run. It always seemed Christian was more into the relationship than Gaga was.”

In her documentary Gaga: Five Foot Two, Gaga said that whenever her career takes a successful turn, her love life goes down the drain. Given that Gaga has inked a Las Vegas residency and she has been killing it this awards season with her performance in A Star Is Born, it sounds like it is the case for her once again. 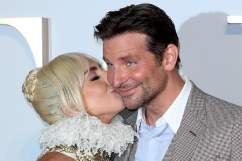 Ahead of the 2019 Oscars, Gaga attended pre-Oscars events with A Star Is Born co-star Bradley Cooper, who has been in a longtime relationship with girlfriend Irina Shayk. Us Weekly reported that Gaga had a run-in with ex Carino briefly at CAA’s pre-Oscars party on Friday, February 22, 2019. A source said that, “Christian Carino walked into the party … said hi to Gaga at one point. But it was brief and then he went to another room.” Carino, 50, works as a CAA (Creative Artists Agency) talent agent and some of his client list includes celebrities Justin Bieber, Simon Cowell, Christina Aguilera, Miley Cyrus and Jennifer Lopez. So, it makes sense that the CAA agent would be at a CAA event.

Lady Gaga previously dated and was engaged to longtime fiance, actor Taylor Kinney. This was the first reported romantic relationship for Gaga since her split from Kinney this past summer. After being together for four years, Kinney proposed to Gaga on Valentine’s Day in 2015. When the pair decided to call it quits, Gaga wrote the following message online, “Taylor and I have always believed we are soulmates. Just like all couples we have ups and downs, and we have been taking a break. We are both ambitious artists, hoping to work through long-distance and complicated schedules to continue the simple love we have always shared.”

GettyLady Gaga’s ex-fiance Taylor Kinney is an actor, known for his roles on shows like Chicago Fire and The Vampire Diaries. So why did the two split up?

This makes for Gaga’s second broken engagement, but it doesn’t seem to be slowing the megastar down. There is no current boyfriend to report for Gaga.

But, recently, there were rumors that Gaga and ex-fiance Kinney might be trying to rekindle their relationship, as reported by The Mercury. The reports are that Gaga and Kinney have been talking every day. 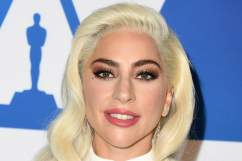