Kymera Body Board is a personal watercraft created by Jason Woods. He will appear on Shark Tank alongside Adam Majewski to pitch the watercraft, in the hopes that an investor will help him expand his reach.

Kymera is an electric powered surfboard device that Woods has spent a decade perfecting. He appeared on a 2013 episode of Shark Tank, but was unable to get the interest of any investors. Read on to learn more about Woods and what he plans to do differently this time around.

1. Kymera Body Board Is an Electric Powered Watercraft

Kymera Body Board is a personal watercraft that you can carry like a surfboard. It is battery powered, and the batteries can charge with an optional solar charger, which is convenient if one plans spending the day at the beach or outside on a sunny day. According to the Shark Tank Blog, the Kymera Body Boards cost $3,500 each.

They typically ship within 4-6 weeks. The speed of an average body board depends on the rider’s weight and riding conditions, but generally, they can reach speeds up to 20 mph. When a rider’s weight exceeds 200 Ibs, the body board can go 13 mph. As for the battery capacity, it will take an estimated two hours to fully charge up before it can be used.

Kymera has a fleet of new products scheduled for release in 2020, like the Personal Watercraft, Kayak, and Surf Board. These products can be viewed on the website, and reserved ahead of their official release. A deposit of $500 (fully refundable) is required when placing your reservation. The date in which you receive the product is based on when the deposit is received by Kymera.

2. Woods Designed the Kymera Body Board So That People Could Have an Affordable Watercraft Option

Woods grew up in Napa, California, where he watched boats and jet-skis glide across the lake. He couldn’t afford a boat, nor did he have a car to haul the boat to the lake. He noticed that there were other people like him, who could only watch others from the sidelines, and decided that he wanted to make a watercraft that was affordable.

Woods graduated from Napa’s New Technology High School, and subsequently decided to set up shop in his family’s garage. He spent 8 years developing the Kymera Body Board, and financed it by working as a video, light and sound engineer for corporate events. According to the Inventions Handbook, Woods burned through 4 prototypes and $40,000 before he came up with a version that worked properly.

Woods launched a KickStarter campaign to raise money for the body board, but the campaign proved unsuccessful. From the goal of $250,000, he only managed to raise $116,000. Shortly after his KickStarter closed down, he was selected to appear on Shark Tank.

3. Woods’ 2013 Shark Tank Appearance Was Dubbed ‘The Worst Pitch’ In the Show’s History

Woods is one of the rare entrepreneurs who has appeared on Shark Tank more than once. The first time he pitched his product, however, the results were disastrous. He asked the panel for $250,000 in exchange for a 20 percent stake in his company, despite the fact that he hadn’t sold any body boards up to that point.

Mark Cuban was angered over the fact that Woods had not yet made a sale, and said that the company was “full of crap.” Daymond John went a step further and dubbed Woods’ presentation the “worst pitch” he’d ever seen on Shark Tank. Woods said that the experience, though upsetting, was important, and that it forced him to put even more work into Kymera.

Woods also said that being rejected by the panel proved to be a blessing in disguise, as other investors contacted him. “If you have a good idea and the whole thing goes sideways, and they tell you, ‘You’re terrible,'” he told Inc. “that’s the best thing to happen. I was completely inundated. There’s definitely a Shark Tank effect.” 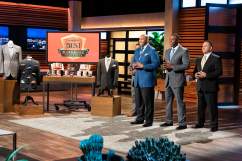 4. Woods Has Made Several Changes to the Kymera Body Board Since His Last Pitch

Woods went back to the laboratory to tinker with his invention. All Shark Tank Products reports that he altered the board for a more eye-catching design, and adjusted the shape of the hull, so that its more agile and stable. He also redesigned the jet drive to make it more environmentally friendly, which will no doubt make it more appealing to investors.

Woods has also begun marketing the body board to aquatic scientists, who can use it to research areas they previously were unable to access on a boat or other watercraft. In terms of investors, Woods is now partnered with rental operators across the country and has distributors in 33 countries.

On March 28, Kymera announced that they were expanding their company even further. “Kymera is expanding Internationally. We have select opportunities in the countries below to become the exclusive distributor and be on the water this summer,” the post read. “Bring this exciting product to your country and see the enjoyment on everyone’s faces. Canada, Colombia, Croatia, France, Germany, Poland, and the UK. Also, numerous islands in the Caribbean are still available.” 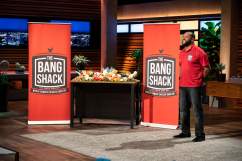 The Bang Shack on Shark Tank: 5 Fast Facts You Need to Know

5. Woods Is Confident That His Shark Tank Pitch Will Go Better the Second Time Around

Since his 2013 appearance, Woods has improved the Kymera Body Board and partnered with several investors to bolster the company. He teased his return to Shark Tank on Facebook, saying that he’s ready to partner with a Shark this time around.

“5 years ago a kid with a dream wandered into Shark Tank and left empty handed with a cold dose of reality,” he wrote on Facebook. “This Sunday night he will return for a rare second chance to make a deal with a superstar investor.” 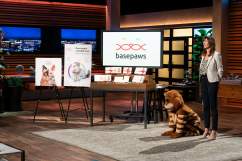 Basepaws on Shark Tank: 5 Fast Facts You Need to Know