America’s Got Talent is back on NBC, and one lucky contestant received the Golden Buzzer during the season premiere. The contestant is named Kodi Lee, and the blind and autistic performer wowed the judges and earned himself a free pass to the finals!

Kodi was the last performer of the night, and judge Simon Cowell was quick to sing his praises. “What just happened there was extraordinary,” he stated. “Your voice is absolutely fantastic… I’m going to remember this moment for the rest of my life.” It was fellow judge Gabrielle Union who sealed Kodi fate, however.

“I’m a new judge this season, and I’m also a new mom this year,” Union explained. “It’s the toughest job I’ve ever had and the most rewarding job I’ve ever had. You just want to give your kids the moon the stars and the rainbows.” After a dramatic pause, Union gave the viewers what they wanted. “Tonight, I’m going to give you something special,” she said, as she slammed the Golden Buzzer. The episode ended with Kody and his mother celebrating.

According to Good Housekeeping, the Golden Buzzer means that a contestant will go straight to the finals. Every season, each judge (and host) is given the chance to select one act to give them a pass. Previous Golden Buzzer winners include Susan Boyle, Deadly Games and Kechi Okwuchi. Host Terry Crews talked to Parade about season 14, and how he determined his Golden Buzzer pick.

Hey everybody! Be sure to watch me on AGT tonight at 8pm! #kodilee #heckyeah #agt

“I am looking for something I didn’t even know I needed,” he explained. “That level where, ‘That’s what was missing from my life.’ The judges have easy access. Crews has got to fight through 15 people, jump off the stage, fight through the judges and then get to the Golden Buzzer. You are going to see a fight to get to that.” Crews also teased that there is an act who is so unique this season that he got choked up during their performance.

“I can’t really get into to it because you’ve got to see it, but we had one act that had me in tears,” he revealed. “We were all crying. I say it will be the most viral moment in America’s Got Talent history. You will not believe your eyes. You will flip, you will trip and the world will never be the same. I said it right here, right now. Unreal. I went backstage and said, ‘This is the reason I am doing this show.’ I was like, ‘This is beyond.’”

Judge Simon Cowell talked to USA Today about the Golden Buzzer and why they chose to add it to the show’s format. “That idea came from the Got Talent in Germany. When we saw it, we decided to put that in all the shows,” he explained. “It’s become like a trademark, like the X in The X Factor. It’s pretty much what we’ve always had. It’s worked. Every year, the golden buzzers are becoming more and more impactful.”

Cowell did not reveal his pick for the Golden Buzzer, but he did single out Kodi Lee as a frontrunner. “[He] was incredible,” the judge said. “I hope the public will love him and I think they will.” Cowell also pointed to a performance artist known as the Human Fuse as a potential favorite. “I thought he was brilliant,” he said regarding Fuse’s death-defying acts. “A part of me wants to do it as well. I’ve just got this thing in me at the moment where I want to do danger stunts.” 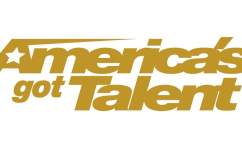 ‘America’s Got Talent’ Winners List & Where They Are Now