Summer McKeen and Hannah Meloche have been “exposed” for insensitive comments and behavior on YouTube, according to videos on the site.

The two young influencers have been friends for quite some time and now they are both coming under fire after the internet found evidence of upsetting behavior.

“summer mckeen and hannah meloche are both gross and toxic,” a Twitter user named Sydney wrote. “not only was summer just exposed as being racist but they were both laughing at other youtubers & bringing them down while watching an instagram edit of emma chamberlain, the dolan twins, antonio garza, etc.”

According to multiple videos on YouTube, Summer McKeen and Hannah Meloche have been exposed for insensitive comments and behavior in multiple videos. A video uploaded by Cartier Tea shows controversial clips from videos the two vloggers have shared. Cartier Tea’s video has been viewed over 430,000 times.

Summer and Hannah can be seen and heard making fun of fan edits, bashing another YouTuber Vereena Sayed, talking “like Black people,” and vaping despite having called the activity “unhealthy.”

According to her YouTube channel, Summer McKeen joined YouTube in July 2012 and posts videos every Friday. Summer has since gained 2.4 million subscribers and currently has over 152 million views on her page.

According to Hannah’s channel, she joined YouTube in December 2013 and posts videos ever Monday, or as she calls it “Meloche Monday.” Hannah currently boasts 1.8 million subscribers and almost 100 million views. 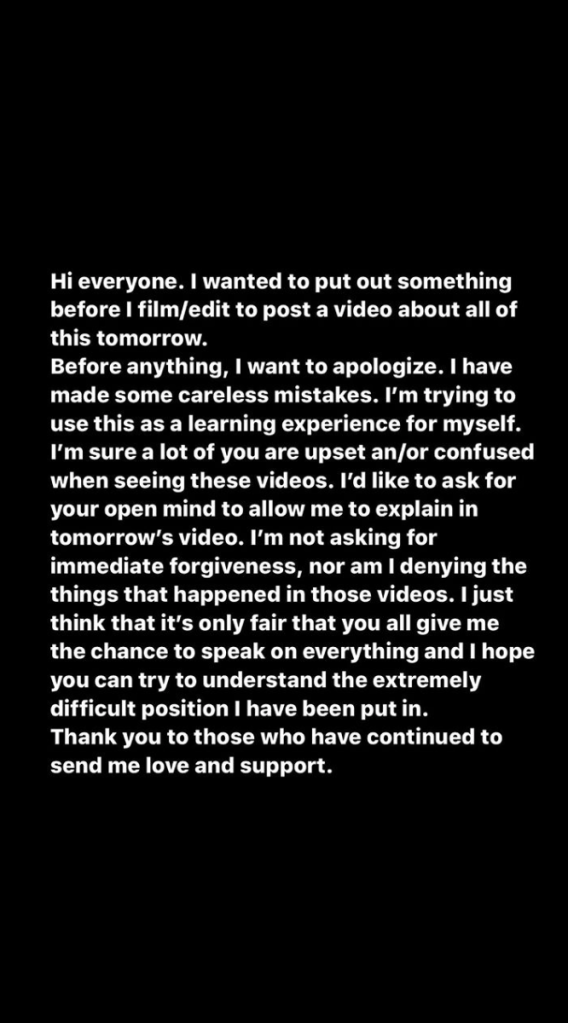 Both Hannah and Summer have commented on the controversy via Instagram stories.

“I’m not asking for immediate forgiveness, nor am I denying the things that happened in those videos,” Summer wrote. “I just think it’s only fair that you all give me a chance to speak on everything and I hope you can try to understand the extremely difficult position I have been put in.” 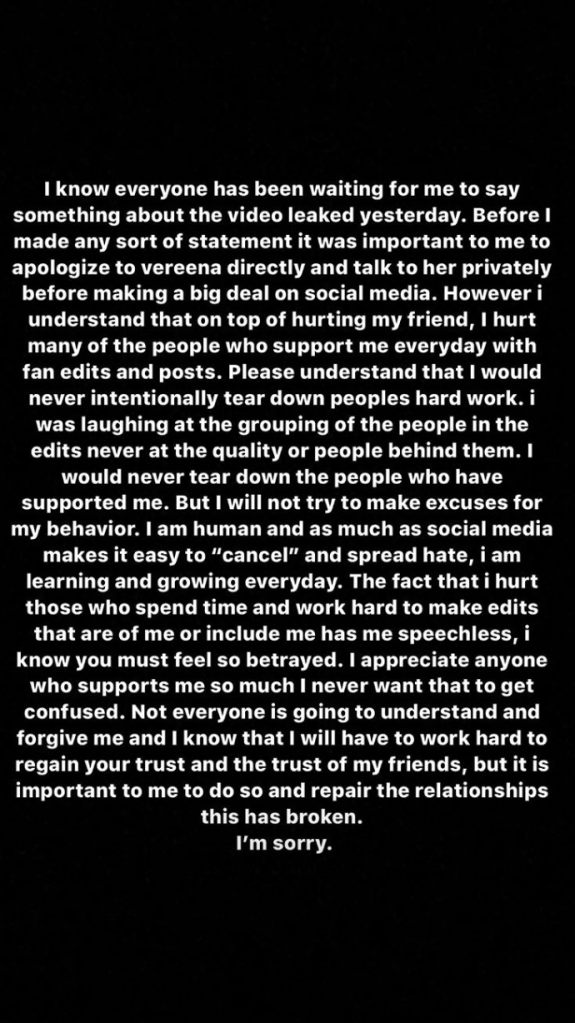 “Not everyone is going to understand and forgive me and I know that I will have to work hard to regain your trust and the trust of my friends, but it is important to me to do so and repair the relationships this has broken,” Hannah wrote. “I’m sorry.”

2. Both Hannah and Summer Have Jewelry Collections

"Be bold, and striking. Show you can be unpredictable yet powerful and beautiful at the same time. Always remember how much you can change with your impact." #starlitevillage

In addition to being YouTube personalities and social media influencers, according to their pages, Hannah and Summer each have jewelry collections available for purchase on their respective websites.

Hannah’s site is called Starlite Village. Hannah has several collections for sale, including the Sea Collection and the Galaxy Collection. Shoppers can find rings, earrings, bracelets, and necklaces. The prices for Hannah’s pieces range from $17 to $40.

8 years ago i watched hannah montana graduate… now here i am? thanks for the diploma mom! and thanks to everyone who was apart of this unforgettable high school experience <3

“8 years ago i watched hannah montana graduate… now here i am?” Hannah wrote on Instagram on May 23, 2019. “thanks for the diploma mom! and thanks to everyone who was apart of this unforgettable high school experience <3”

Hannah has only just graduated high school. The young woman already has 1.8 million followers on Instagram and another 1.8 million subscribers on YouTube. Hannah has only briefly discussed what she wishes to do with her future on social media.

the wait is finally over! if you’re wondering what i’m doing with my life the link is in my bio

“the wait is finally over!” Hannah wrote on Instagram on July 29, 2019. “if you’re wondering what i’m doing with my life the link is in my bio.”

The link in Hannah’s bio takes people to her jewelry website Starlite Village, which suggests she will likely try to pursue a career related to that.

“thank you sooOoOo much for all the birthday wishes ❤️ crazy I’m officially a real ADULT,” Summer wrote on Instagram on May 12, 2019.

hey!!! I got some exciting news! I’ll be at the Walmart in Huntington Beach, CA from 3-6 this Sunday (August 4th) with @maybelline to celebrate the launch of the lipgloss collection! It’s gonna be a really cool event with lots of pretty photo ops, it’s freeee, AAAAND I’ll be there, so we can hangout!!! If ur in the area, u better be there? #maybellinepartner @walmart #maybellinexsummermckeen

Hannah has suggested she will attempt to build a career from her jewelry collection, Summer seems to be going in a different direction. Summer has collaborated with Maybelline to create a lipgloss collection, which is available at Walmart stores. In addition to Maybelline, Summer has also partnered with brands like TRESemmé, Billabong, Ohii Beauty, and more.

5. Summer and Hannah Are Best Friends

sad it’s over :’( honestly the best weekend ever? thank you so much @doteshopping for making it all possible

“sad it’s over :’( honestly the best weekend ever,” Summer wrote underneath a post with Hannah.

Summer and Hannah are clearly very close. According to their social media pages, the two embarked upon their fast friendship around April 2018. Summer and Hannah started appearing on each others Instagram around that time. The two both shared near identical snaps from Coachella 2018.

Most obnoxious dancers in the crowd

“Most obnoxious dancers in the crowd,” Hannah wrote underneath her post.

Shortly after the two hung out at Coachella, Hannah and Summer spent time on a girls trip to Fiji sponsored by Dote.

happy happy birthday Hannah banana you’re one of my favorite people on this planet & I LOVE YOU SO VERY MUCH. xoxoxo

In a birthday post from Summer to Hannah, Summer said that Hannah is “one of my favorite people on this planet.”