Getty Sarah Paulson is opening up about her decision to wear 'padding' while playing the role of Linda Tripp.

Sarah Paulson, one of American Horror Story‘s most iconic and recognizable actresses, will not have a recurring role on season 9’s 1984 due to her busy schedule. However, the actress teased to Entertainment Tonight that she might make a cameo appearance sometime throughout the season, so fans will likely still get their Paulson fix before 1984 wraps up.

Paulson spoke with ET’s Ash Crossan at the Toronto International Film Festival earlier this month and said that she “may pop up” during the season. Read on for details:

Variety had reported in July that Paulson would “not appear in a significant role,” on the upcoming season of AHS, but said she could possibly appear in a cameo role. Paulson’s busy schedule played a big part in her limited screen time for season 9; the actress is set to appear in several TV shows, films and web series over the next few months, including Ryan Murphy’s Ratched, The Goldfinch, Abominable, Run, and Mrs. America, to name a few.

“It’s a little bittersweet because I have a lot of friends who are still on the show. So I’m getting updates about how it’s all going and what they’re doing, and I’m like, ‘Wait, what? You worked until two? Oh, I remember working until two on that show,'” Paulson shared with ET. “And then I’m also very glad that I can wake up at a decent hour because I’m not cross-eyed from having worked insane nights.”

She added: “But, it’ll be hard. I’ll be watching and cheering everybody on. I’m really excited for this season. I think it’s a really cool idea for the show this year. And you never know, I may pop up. You never know. No promises though.” 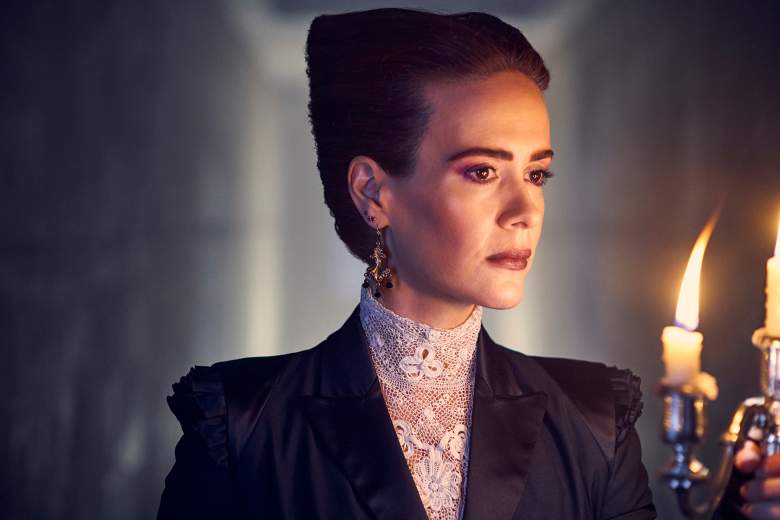 “I have found a home in the sense that I work for a person who sees me completely, knows my strengths and weaknesses, knows how to push me and keeps throwing me the ball,” she told Adweek in 2017. “Why would you leave something that works? This idea of jumping off one thing just to be available in case something great comes by, that’s like leaving your wonderful mate because you think maybe someone more interesting is out there.”

Speaking to The Hollywood Reporter, she said: “I want to be doing this show until I’m 95. They’re going to have to drag me out of there kicking and screaming. That being said, I have no idea what Ryan’s plans are for me. It’s tantamount to me walking in and saying,’Do you want me to go left or right?’ and then whatever he says, I will just go there. So I don’t know what his plans are for me as it pertains to Horror Story, but there will be crawl marks on the walls from them trying to drag me out if they ever ask me to go.”

Although the actress teased that she might have a cameo on 1984, neither FX nor Ryan Murphy has confirmed her appearance, so it’s far from official, but fans should still keep their eyes peeled for Paulson before the season wraps up.

READ NEXT: American Horror Story 1984 Plot: What is Season 9 About?