Getty Brad Paisley is hosting a TV special on himself tonight, titled "Brad Paisley Thinks He's Special." Click here for details on the Paisley ahead of the show.

Brad Paisley, the celebrated country singer and songwriter, will be hosting an hour-long special on himself tonight, titled Brad Paisley Thinks He’s Special. The show will air on ABC at 8/7c and will feature special guests Carrie Underwood, Tim McGraw, Darius Rucker, the Jonas Brothers, Peyton Manning, and more.

With all eyes on Paisley tonight, fans might be curious about his personal life. Paisley was born in Glen Dale, West Virginia, the only child of Douglas Edward “Doug” Paisley, who worked at the West Virginia Department of Transportation, and Sandra Jean “Sandy” Paisley, a teacher. Paisley was born on October 28, 1972, making him 47-years-old, and he stands at 5’9″. He’s been married to his wife Kimberly Williams since 2003, and the couple has two children – William Huckleberry and Jasper Warren.

Here’s what you need to know about Paisley ahead of his TV special, Brad Paisley Thinks He’s Special: 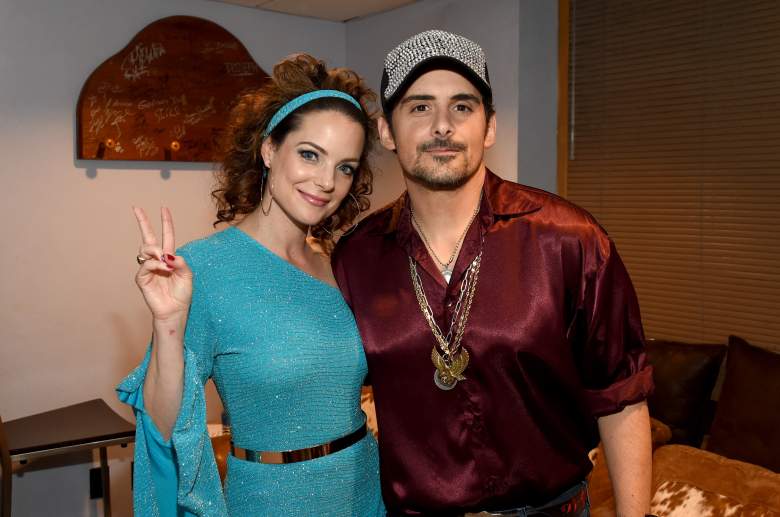 Paisley first fell for his wife when he saw her in the film Father of the Bride, according to Good Housekeeping. The couple got together in 2001, but Paisley first glimpsed his future wife while out on a date with another woman. Paisley was 19-years-old at the time, and had taken his date to see Father of the Bride, which was Williams’ film debut.

By the time the sequel came out, Paisley was 23, living in Nashville, and feeling lousy after his girlfriend left him for his best friend, Good Housekeeping reports. He decided to go see the sequel to Father of the Bride alone, and while watching Williams on-screen, he thought to himself, “she seems like a great girl — smart and funny and all those things that are so hard to find.”

Five years later, Paisley’s career was in full-swing, and he had just released his album Part II, which featured songs about the ex who left him for his best friend. “It even had a song about going to Father of the Bride,” he told Good Housekeeping. So when the time came to cast the music video, he thought of the girl in the movie. “It felt natural to ask her to be in it” he says. “Even though I didn’t know if she was married, divorced, or just out of rehab.”

The two quickly hit it off after chatting on the phone a few times, and when Paisley told Williams he was flying to Los Angeles, she didn’t hesitate to ask him out to dinner. Paisley eventually proposed to Williams at the end of the Venice Beach pier, and the two tied the knot on March, 15, 2003 after a nine-month engagement.

Paisley is Roasted Throughout the Entire ABC Special

The hour-long ABC special will “showcase the energy of Music City from Nashville’s iconic War Memorial Auditorium through a combination of Paisley’s signature humor, unexpected surprises, heartfelt field pieces, and rousing musical performances,” according to the ABC website.

Paisley sat down with Kix Brooks on American Country Showdown and shared how the TV special came to be. He told the station, “I went to ABC and said this is an idea I have that I think is a niche that’s not being filled on prime-time television, and I would love to do this TV special that’s a really good example of the best scenario of people collaborating in music and trying to have a good time and telling some jokes and doing some funny skits and being a part of something that sort of shows that a lot of us [in entertainment] are friends.”

Fans can expect some laughs during tonight’s special, as Paisley shared that he is roasted the entire time. “One of the reasons we named it Brad Paisley Thinks He’s Special is because I felt like it would be a lot of fun to tear me down throughout this and that’s kinda the vehicle. I’m roasted the whole time. This doesn’t serve to elevate me in any way, really [laughing]. From the minute the show starts, Peyton Manning is telling me how I really should not even be doing this. And it gets worse after that.”

Tune in tonight at 8/7c on ABC to catch Brad Paisley Thinks He’s Special, and don’t forget to check out this author’s profile for more entertainment news and TV coverage.

Read More
Brad Paisley, Celebrities
Brad Paisley is hosting a TV special on himself tonight, titled "Brad Paisley Thinks He's Special." Click here for details on the Paisley ahead of the show.