Olivia and Brett, stars of the upcoming new season of Married at First Sight, are one of five new couples featured on Season 11. The new season premieres Wednesday, July 15, 2020 at 8 p.m. ET on Lifetime and will follow Olivia and Brett’s journey as they navigate life with their new “stranger” spouses.

Olivia, 30, grew up in Louisiana and has a Master of Science in Nursing; she currently works in New Orleans at a comprehensive stroke center and claims that she “lives in scrubs.” Brett, 35, was born and raised in Louisiana as well and works in IT, a job that he thoroughly enjoys. He loves working with his hands, fixing old vintage appliances and working on his car.

Here’s what we know about Olivia and Brett ahead of their Season 11 debut on MAFS: 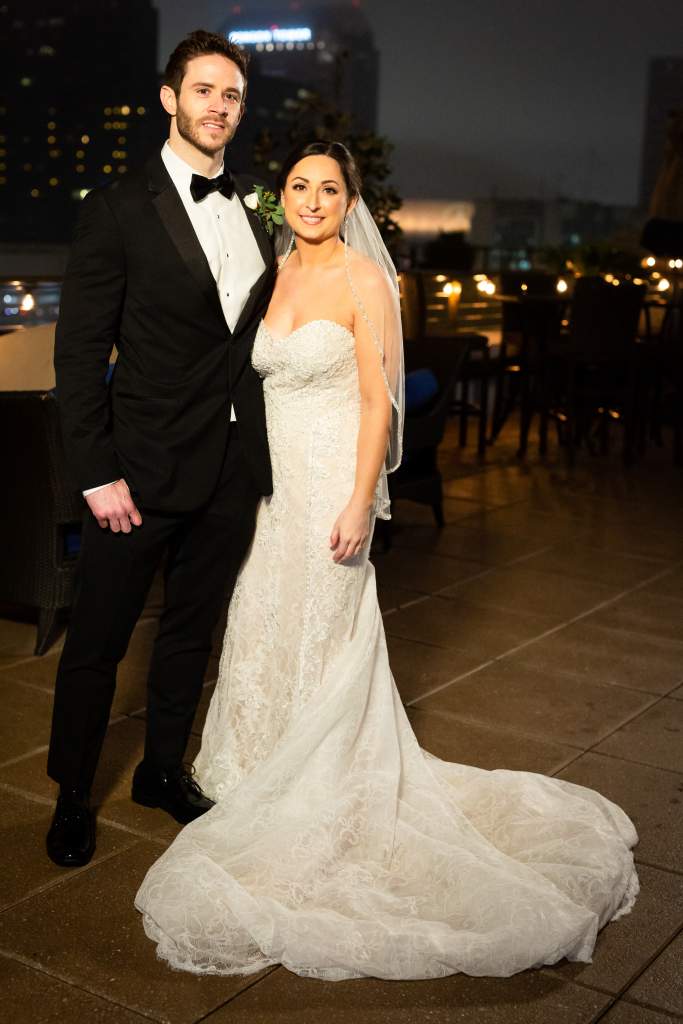 Olivia, who describes herself as “70 and sunny,” loves cats and the New Orleans Saints; she actually has a season pass to see her favorite NFL team each year. The reality star has spent most of her life focusing on her career, so she hasn’t had much time for dating. According to Olivia’s Lifetime bio, she is “ready to dedicate the same time and effort in a relationship” that she has to building her career.

Brett, whose ex-fiancee cheated on him, spent the last two years dating around with dozens of women. He admits on the show that he’s dated upwards of 40 woman since he and his ex split, although he believes he is finally ready to settle down and find his soulmate. Brett is confident the MAFS experts will help him find “the one,” because he believes arranged marriages have historically been successful in the past.

The experts, who were already at odds over pairing Brett and Olivia together, decided that the duo might make a good match because they both like cats and sports, and they hoped the two would bring out the best in each other regarding their personalities. However, clips from the upcoming season have us wondering if Brett will be this season’s villain, after he’s seen flirting with another woman the night before his wedding.

In a clip shared by E! Online, Brett can be seen hitting on one Henry’s friends who was attending their bachelor party. After sitting a little too close for comfort to Henry’s friend Kristin, he questions whether or not the two ever dated, and claims he “doesn’t believe her” when she says they are just friends. He is eventually picked up from his own bachelor party after having too much to drink, but not before he rubs his Season 11 costars the wrong way.

Brett and Olivia already showed a pretty vast difference in their personalities during the Season 11 “Matchmaking Special,” which aired on July 8. Brett is a very confident person who believes he is too good looking for his wife to not be attracted to him, and Olivia comes off as very sweet and timid, so we’re not so sure the matchmakers made the right call on this one.