While speaking on Jimmy Kimmel Live! on 4/20, Ellen DeGeneres admitted to drinking three THC and CBD-infused drinks before learning that her wife, Portia de Rossi, needed to be rushed to the ER for pains in her lower abdomen.

“I drank one, and I didn’t feel anything, so I drank three, and then I took two melatonin sleep pills. And I’m laying in bed, and I realize [Portia’s] not in bed,” she told Kimmel. “She’s moaning. I get out of bed, and she’s on the ground on all fours, and I said, ‘You’re not OK.’ She goes, ‘I’m OK.’ I said, ‘No, unless you’re playing Twister by yourself, you’re not OK.’ So I rushed her to the emergency room.”

After arriving at the hospital, DeGeneres was told de Rossi needed an appendectomy.

DeGeneres says while she isn’t typically a fan of marijuana, she was drinking the “weed drinks”, Cann Social Tonics, because they were reccommended by her friend, Chelsea Handler.

During the interview, Kimmel joked, “You drove her yourself?” And Ellen replied, “I did. I mean, I kicked in, like my adrenaline, because I just had to rush her there. It’s probably not safe, I shouldn’t be saying any of this.” 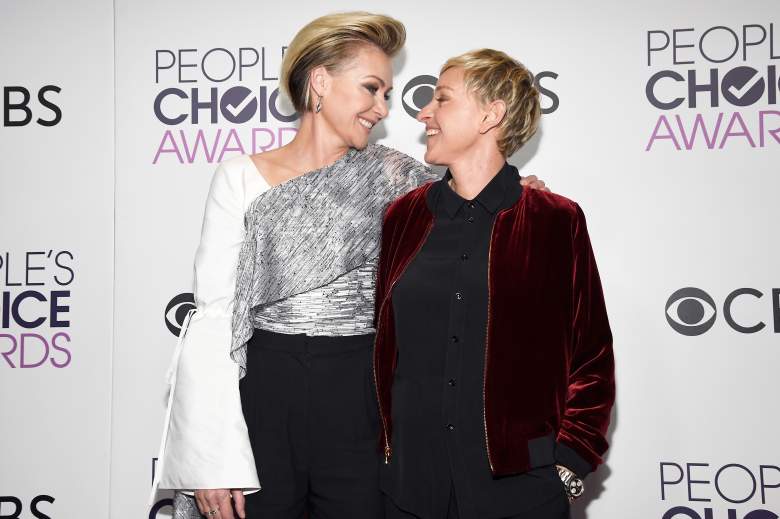 In late March, news surfaced that de Rossi underwent appendix surgery that turned out to be successful.

A source previously told People that de Rossi was “doing well” in the aftermath of the surgery.

At the time, she shared that de Rossi was “resting at home and Ellen [was] taking care of her. It was a scare at first, but all good now.”

Ellen Discusses Portia’s Emergency AppendectomyEllen shared how she made a frightening trip to the ER with Portia, who had to undergo an emergency appendectomy! #Ellen #TheEllenShow #EllenDeGeneres2021-03-23T13:00:07Z

According to the website Sava, Cann Social Tonics are a THC and CBD infused beverage “made with simple, all-natural ingredients.”

Time Out reveals that the company just recently launched, and the drinks can be purchased at a number of dispensaries in a handful of the country’s largest cities.

The article reported, “… Cann (which is marketed as a ‘cannabis-infused social tonic’) recently launched at select dispensaries throughout Illinois, offering a new way to get high that lends itself to inconspicuous consumption at parties and social gatherings. The beverage comes in 7.5- to 8-ounce cans, each of which contains 2mg of THC and 4mg of CBD—the three flavors currently being offered are grapefruit rosemary, blood orange cardamom and lemon lavender.”

Time wrote that the effects of the drink hit you within about 15 minutes. “We experienced a very mild, pleasant high after drinking one can.”

During her segment on Ellen, which can be seen above, DeGeneres also shared that she has trouble sleeping, and sometimes takes the sleep vitamin Rae.

Loading more stories
This former 'American Idol' judge has admitted to drinking three THC and CBD-infused drinks before rushing to the hospital.