Jax Taylor is ready to return to reality TV – but there’s a catch.

The 42-year-old former “Vanderpump Rules” star told “Access” that he has no interest in ever returning to the SUR-based reality show that he “checked out” of a year ago, but he would consider a show about his new life as a family man.

Hours after the interview dropped, Jax also shared a Twitter photo of him dining at Casa Vega in Los Angeles with his manager Ryan Revel.  Ryan is a literary and talent manager at Good Fear Content, per his Instagram bio.

Jax has a few things in the works, including a children’s book that he recently announced.  The dinner meeting may have been to discuss the new dad’s book, which he told Access will be a “homage” to his late father, Ronald Cauchi.

But Jax has also revealed that he would consider a return to reality TV nearly a year after he and his wife, Brittany Cartwright, announced their exit from “Vanderpump Rules.”

Jax and Brittany Cartwright became first-time parents in April 2021 with the birth of their son, Cruz, and they said they would consider documenting their life with their married friends, many of whom are also now parents.

“I have a family now, I have a kid, my priorities are totally different now,” Jax told Access. “If they were open to doing something with my friends who are married and have kids, something that’s a little bit more… I don’t want to say more grown up… something that is in the middle of Vanderpump and Housewives.”

The former Bravo star explained, “We’ve had people follow us for the last 10 years, so there’s a whole generation that’s followed us.”

He noted that longtime fans may want to see “what’s going on” with some of the OG cast members now that they have kids. In addition to Jax and Brittany, their former co-stars Stassi Schroeder, Lala Kent, and Scheana Shay all had babies in early 2021.

“We would definitely love to be on TV again. If that happens for us we are definitely open to it,” Brittany added in the “Access” interview. 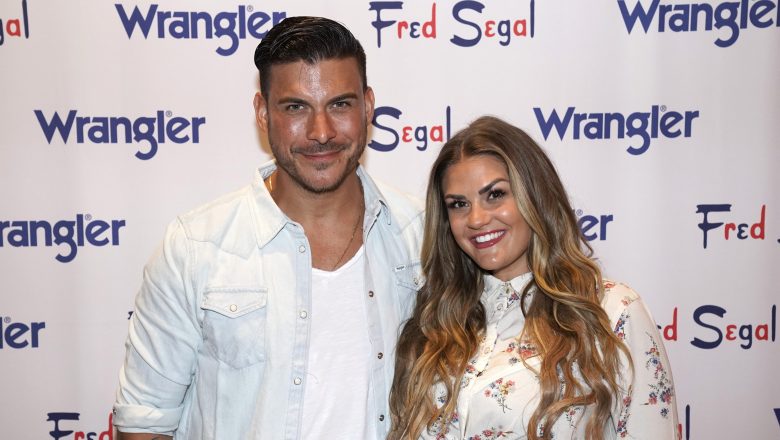 There have long been rumors that Jax and Brittany would revive their Bravo spinoff “Jax and Brittany take Kentucky.” Jax even told Access that the couple is considering a move because he’s “not 100 percent sure” he wants to raise a family in California.

“I’m a Midwest guy, my wife’s from Kentucky. We grew up with a different lifestyle,” he said.

But if the two move, it’s doubtful cameras would follow them for a new show. According to Radar Online, rumors about a Kentucky-based spinoff for Jax and Brittany are not true. A source previously claimed that Jax and Brittany planned to “buy an old farmhouse in Brittany’s hometown to restore” and that a reality show would be built around the project.

“Jax has been told to keep it quiet but he’s already dropping hints on IG live,” an insider claimed earlier this year. “Should be officially announced within the next few weeks.”

But a source told Radar that rumors about Jax and Brittany taking over anything at this time are totally false.