Jax Taylor’s circle is a little smaller following his exit from ”Vanderpump Rules” in December 2020.

During an appearance on “The Doctors,” the former Bravo star revealed that he mostly only keeps in touch with his ex cast mates who are parents since welcoming his first child with his wife Brittany Cartwright in April.

Taylor and Cartwright welcomed their son, Cruz, a few months after Stassi Schroeder and Beau Clark had their first child, Hartford, and Randall Emmett and Lala Kent welcomed daughter Ocean. “Vanderpump Rules” star Scheana Shay also had a baby in April with her fiance, Brock Davies.

Taylor said he mostly only keeps in touch with the “Vanderpump Rules” stars who are parents.

“I try to keep in touch with Randall and Lala,” he said. “Beau and Stassi I’m very close with. All of us — the ones that have kids. And those are the kind of people I’m with a lot now — other parents.”

“We all have a lot in common,” Taylor added. “We’re all raising our children together. All our kids are months apart. That’s my main concern, my main priority right now. And we’re just having a lot of fun doing it. A lot of fun raising our kids together.”

Taylor did mention that he still talks to Tom Schwartz and Katie Maloney despite the fact that they don’t have kids yet. He did not reveal the status of his relationship with his former best friend, Tom Sandoval, but in September, Sandoval told Us Weekly of his status with Taylor, “I don’t talk to him as much. … They’re busy, we’re busy.” 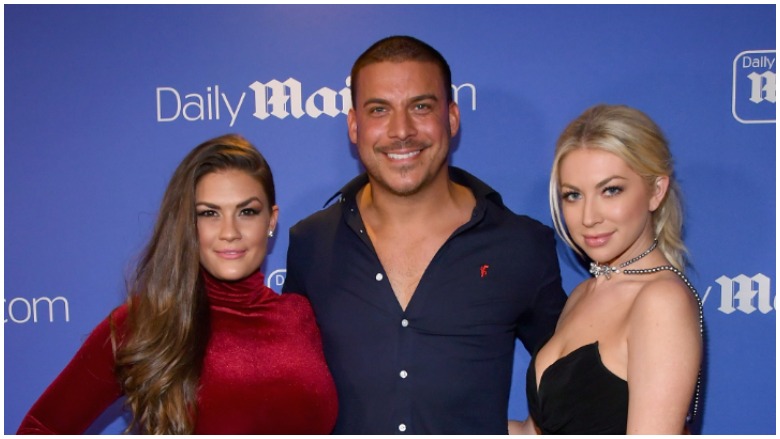 Taylor had been vocal about wanting to start a family right after his 2019 wedding to Cartwright. He told Entertainment Tonight that some of his co-stars were on the same page, and he even joked that the group could spawn a reality TV spinoff based on their lives as parents in the Valley Village, California, neighborhood where several of them bought homes.

In “The Doctors” interview, Taylor also addressed his sudden exit from “Vanderpump Rules” last fall, six months after co-stars Schroeder and Kristen Doute were fired from the Bravo hit due to their past racially insensitive behavior.

Taylor told “The Doctors” that his impending fatherhood had a lot to do with his decision to leave his longtime role on the reality show.

“I just think it was time for my wife and I to move on,” he explained. “I’m 42 years old, I am a father now. Just the idea of going back to that world, and going back to the arguing and the fighting with people half my age — it was a lot of anxiety.”

Taylor noted that not only did he have to “film” the stressful scenes but then had to live through them again once the episodes aired. After eight seasons, he had enough.

“I loved the show, “ he added. “I had a great time on the show. I got family and friends on the show, I have nothing bad to say about it. It was just my time to move on.”

Loading more stories
wpDiscuz
0
0
Would love your thoughts, please comment.x
()
x
| Reply
The former 'Vanderpump Rules' star reveals who he still speaks to from the cast.