Lisa Vanderpump reacted to comments made about her by her former friend Dorit Kemsley, and she did it in the best way she knows how—with a heaping helping of shade.

The former “Real Housewives of Beverly Hills” star responded to Kemsley’s claim on Teddi Mellencamp’s “Teddi Tea Pod” podcast that Vanderpump recently ignored her at a restaurant. Kemsley told Mellencamp that the two “did not say a word to one another” and “never made eye contact, but that Vanderpump “knew” she was there.

Vanderpump reacted to Kemsley’s comments on Twitter. In a now-deleted tweet, the SUR owner wrote, “Ignore her? I just didn’t recognize her lol.”

According to Us Weekly, Vanderpump included a screenshot of “Dorit Kemsley before after” Google image search results, which showed how the Beverly Beach founder looks today versus how she looked in the 1990s.

While the two women have been at odds ever since the “RHOBH” cast’s ”PuppyGate” drama in Season 9 during which a Vanderpump Dogs rescue pup originally adopted by Kemsley inadvertently ended up at a kill shelter,  Vanderpump’s new shade is in reference to a more recent “Real Housewives” moment.

On a recent episode of the Bravo reality show, a high school photo of Kemsley was displayed which showed her with dark, curly hair and more prominent facial features. In addition to her curly mane and bushy eyebrows, Kemsley’s nose looked different when she was a teen. The pic flashed onscreen as the blonde mom of two assured her “RHOBH” co-stars that she had never had any work done on her face, despite the fact that she looks very different than she did 30 years ago.

The photo, which has previously been posted by Page Six, showed Kemsley when she was known as Dorit Lemel at her Connecticut high school, years before she transformed into a California beach babe. Dorit graduated from Amity Regional High School in Woodbridge, Connecticut in 1994, according to The Daily Mail. 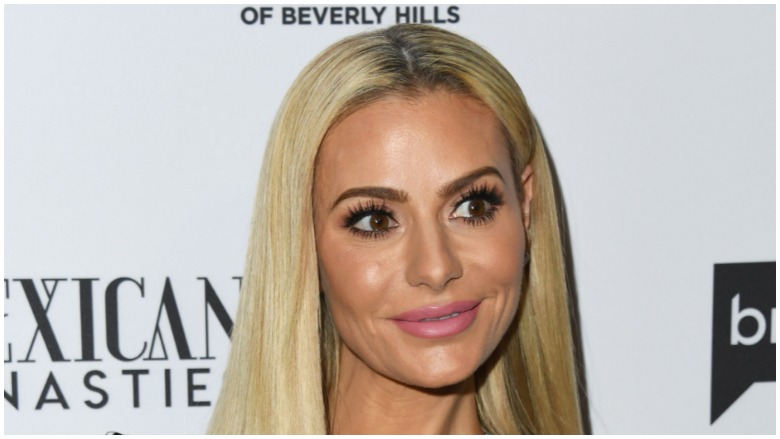 GettyDorit Kemsley of The Real Housewives of Beverly Hills.

During a cast trip to Lake Tahoe, Kemsley told her “RHOBH” castmates that she had no work done on her nose. But in a confessional, Kyle Richards made the comment, “I know wonders can be done with makeup, and I see that Dorit does a lot of contouring, but I know that most people here think she’s lying.”

During a guest spot “Watch What Happens Live,” Richards later clarified that she believes Kemsley never had rhinoplasty and is just a pro at doing her makeup.

On Twitter, Richards revealed that Kemsley even went with her to a plastic surgery consultation when she had her own nose tweaked last fall.

“Dorit even went with me for my nose consult and the doctor looked at her nose too. I do not believe she has had her nose done,” Richards wrote.

Kemsley has been adamant that she has never had work done on her face. During an Instagram Q&A, she addressed the gossip, according to Bravo.com.

“The only plastic surgery I’ve had done is my boobs,” Kemsley told fans, the outlet reported. “It drives me crazy when people say I’ve had plastic surgery on my face. I’ve done filler and Botox and I work with masterful makeup artists who can transform your face. If I ever decide to do plastic surgery, I promise I will happily share it.”