What do you buy for the girl who has everything? For one “Real Housewives of Beverly Hills” daughter, it’s any gift from a high-end wedding registry.

One week after Paris Hilton was feted at a lavish bridal shower held at her mom Kathy Hilton’s Bel-Air mansion, the 40-year-old socialite’s wedding registry has been revealed.

Paris and her fiancé, Carter Reum, got engaged in February 2021 and will tie the knot at the bride’s late grandfather Barron Hilton’s estate in Bel-Air on Nov. 11, according to Page Six. That means time is running out for guests to snag a gift idea from Paris’ registry.

The Price Tag for Paris Hilton’s Wedding Registry Totals Over $61,000

According to the Daily Mail, Paris’ wedding gifts total $61,254 — and maybe even a little more. A peek at the registry reveals that two people already bought her the $140 Rogaska Aurea Jet decanter she asked for. 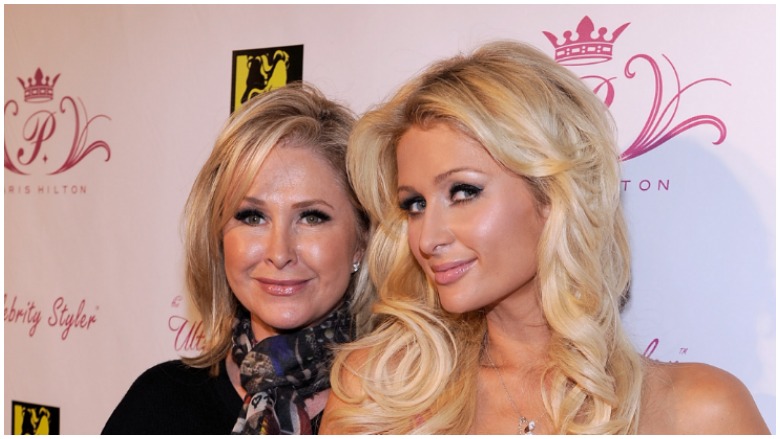 Although her wedding registry features high-end Hermes, Paris’ mom has said that the former “Simple Life” star really is a little more simple than she lets on. In an interview with People in 2021, Kathy Hilton revealed that she was planning to handle her daughter’s wedding, and she described the theme as more “beautiful and classic” than over-the-top.

“She’s not the fancy person people might think,” Kathy teased of Paris. “The truth is, she’d be happy with white teddy bears and unicorns hanging from the ceiling. She’s very easy breezy.”

While Mama Hilton said her daughter isn’t “fancy,” during an appearance on “The Tonight Show With Jimmy Fallon” in August 2021, Paris said her wedding will be a “three-day affair,” and that she wants to wear multiple dresses for the celebrations.

“Lots of dresses, probably 10. I love outfit changes,” she said. The “Paris in Love” star added that she is not a “bridezilla at all.”

While Paris is getting ready for her first marriage, this is actually the fourth time she has been engaged. The celebrity DJ was previously been engaged to model Jason Shaw, shipping heir Paris Latsis, and actor Chris Zylka before finding her true soul mate in Carter, according to Brides.com.