The upcoming season of “The Real Housewives of Beverly Hills” will begin filming without missing a beat.

Weeks after the explosive season 11 reunion was taped, the cast will begin production on the new season of the Bravo reality show in an effort to capture footage of real-life drama that will likely be must-see TV sometime next year. 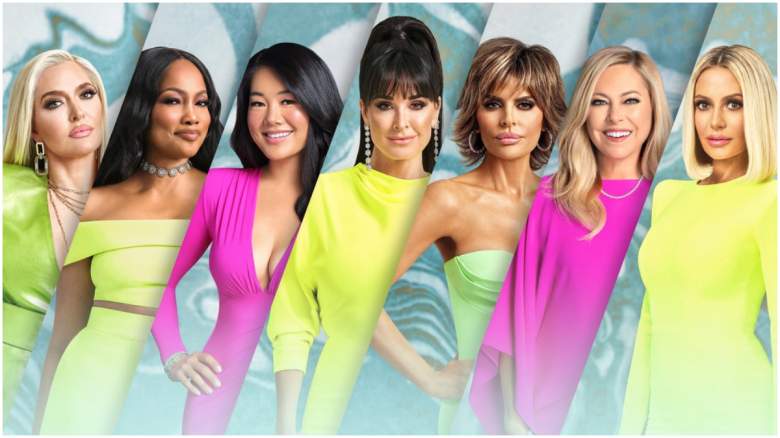 The “Real Housewives of Beverly Hills” cast members usually get a lengthy break between seasons. But according to TMZ, the extended hiatus will not happen this time due to the headline-making divorce battle that cast member Erika Jayne is going through with her ex-husband, Tom Girardi. Girardi, 82, is accused of embezzling funds from victims from his firm’s lawsuits, and there have been questions about $25 million that was spent by Erika’s EJ Global company, according to Page Six.

A “RHOBH” production source told TMZ that Erika’s legal and financial drama can’t be missed, so filming for season 12 needs to start now and have “a quick turnaround.”  Filming “with some of the women” will begin in mid-October, which is several months earlier than usual, the outlet noted.

Erika has already crowned herself the biggest star on the show. After host Andy Cohen announced that the “Real Housewives of Beverly Hills” season 11 reunion would be a four-part update show, Erika responded on Twitter to take credit for the extended reunion.

She will also be the star of the upcoming “RHOBH” reunion. Erika shared the reunion trailer on Instagram and wrote, “The Champ is here. Me.”

Following the day-long reunion taping last month, Kyle Richards told Us Weekly that most of the cast “couldn’t get out of bed for a day or two,” but that Erika “probably couldn’t for two weeks” because she was grilled so hard by Andy Cohen.

Filming for the show may have already started at Kyle Richards’ Encino mansion. A separate source told Us Weekly that “RHOBH” season 12 scenes were already filmed at Kyle’s house during a bat mitzvah for her daughter, Portia, last week. Most of the “RHOBH” cast was in attendance for the party, including Dorit Kemsley, Sutton Stracke, Lisa Rinna, and Crystal Kung Minkoff. An insider revealed that “Erika was invited but could not make it.”

Also in attendance was former series star Teddi Mellencamp, which prompted some fans to speculate that she will be returning as a cast member on “The Real Housewives of Beverly Hills.”

But an insider explained: “Her family and Kyle’s are close and she’s just genuine friends with some of the other cast. There’s always a chance Teddi’s around for these types of events.”

Several other key cast members were not in attendance, including Garcelle Beauvais and Kyle’s sister, Kathy Hilton. With Garcelle nowhere in sight for the rumored filming at the bat mitzvah, fans have wondered if she will return to the show for season 12.

“I’m on the fence,” Garcelle recently told Entertainment Tonight of her future on “The Real Housewives of Beverly Hills.”