Teddi Mellencamp is still playing the Celebrity Big Brother game – sort of. The former “Real Housewives of Beverly Hills” star, who was the first star eliminated on the CBS reality competition, petitioned fans for one final vote.

But in a final plea to fans, Mellencamp is hoping to take home at least one prize.

While she is out of the “Big Brother” game with no chance to take home the $250,000 grand prize, Mellencamp is still hoping to win the coveted America’s Favorite Player title. The fan-voted prize comes with major bragging rights and a $25,000 check.

In an Instagram post, Mellencamp announced a contest in which she offered fans the chance to win her favorite workout machine, the CLMBR: Vertical Climber, in exchange for their America’s Favorite Player vote.

In a screenshot shared on Reddit, Mellencamp’s post showed her asking fans to text her name to “Big Brother’s” America’s Favorite Houseguest voting text number and send her a screenshot as proof for a chance to win the exercise machine.

“I’ll be walking into the #BBCeleb finale ready to work some stuff out and one of you will be getting a bada** workout,” she wrote.

The post also included a screenshot from the yourmomsarewatching Instagram story with the caption, “As a Big Brother fan from Day One I’m actually shocked that Teddi is trying to get votes this way!!! So unethical and really cheapens this part of the game!!

“She cares so much about proving she isn’t as universally disliked as she really is that she’s doing giveaways for votes,” another Redditor wrote.

“She is deleting any negative comments I noticed – this is so desperate it’s embarrassing,” another added.

A few followers pointed out that in the past, evicted “Big Brother” players have campaigned for votes, but one fan noted, “I have been watching since 2004 and no one has ever tried to ‘raffle’ a prize to get votes.”

The fan account the_bravo_chicks called out Mellencamp directly by asking her, “Isn’t this kind of cheating? What about playing with integrity?”

“Am I lying or doing it behind anyone’s back?” Mellencamp fired back. “Nope. I am still playing the game and ultimately hooking up one of my Instagram followers with something cool that I have access to give away.”

Mellencamp has since edited the post to tell fans to follow @clmbr_official for a chance to win, with the added suggestion to vote for her as #favehouseguest. 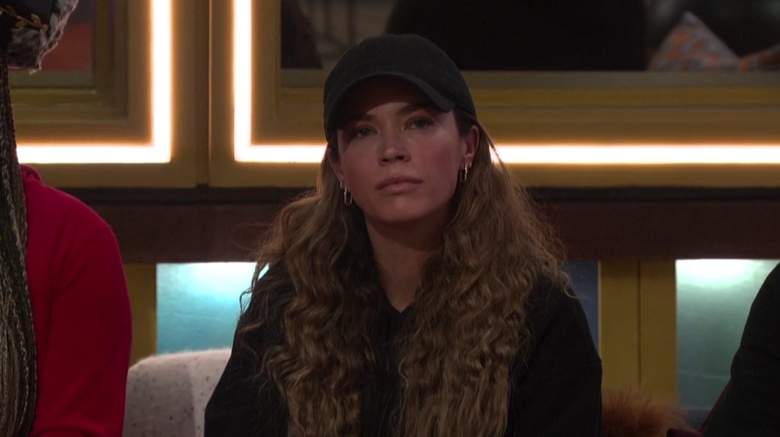 Mellencamp was not happy to be the first star eliminated from “Celebrity Big Brother.” She offered a plea for Head of Household Miesha Tate to give her a chance to stay in the game, but she was voted out in Week 1. After she was evicted from the game, Mellencamp posted to Instagram to tell fans she planned to talk to her kids about how to “play games with your heart and integrity.”

She also told Us Weekly she “would have fought so hard to stay in, had I been given the opportunity.” “I mean, I personally would have given somebody a fair fight,” she said,

In an interview with TV Insider, Mellencamp said she had been prepared to compete every day on the CBS reality show. “I’m a fierce competitor,” she said. “I know I was a threat.”