Abigail Heringer and Noah Erb may have just won “Bachelor in Paradise.”

The reality TV couple may have left the “Paradise” beach in Mexico as two singles, but somewhere along the line they reconnected—and they kept it a secret for a long time.

Following the finale of the ABC dating show that featured three engagements, Abigail shared a video montage of her and Noah as they spent time together post-“Paradise.” The clip featured the two kissing while standing by a waterfall, biking and hiking, swimming, and spending time together at home. The video montage was set to the Miley Cyrus song, “Adore You.”

Fans and friends reacted to Abigail’s post, including some Bachelor Nation veterans.

Other fans admitted they were “crying” over the confirmation that Abigail and Noah are still together and in love.

On his social media page, Noah also teased the couple’s off-camera relationship. Ahead of the “Bachelor in Paradise” finale, Noah shared a teasy post about his status with Abigail. The reality star posted a photo of him holding two to-go cups with the caption, “I have more tea than I know what to do with.”

In the comment section, fans immediately began speculating that Noah and Abigail were still a thing. Abigail also responded with a teacup emoji.

“Hope that tea is as steamy as the BTS love story of yours I got to witness,” wrote fellow franchise star, Thomas Jacobs.

Noah also confirmed the couple’s romance on his Instagram story by posting a clip of him and Abigail snuggling together while singing the Whitney Houston classic, ‘I Will Always Love you.”

Abigail & Noah Broke Up While Filming ‘Bachelor in Paradise’ 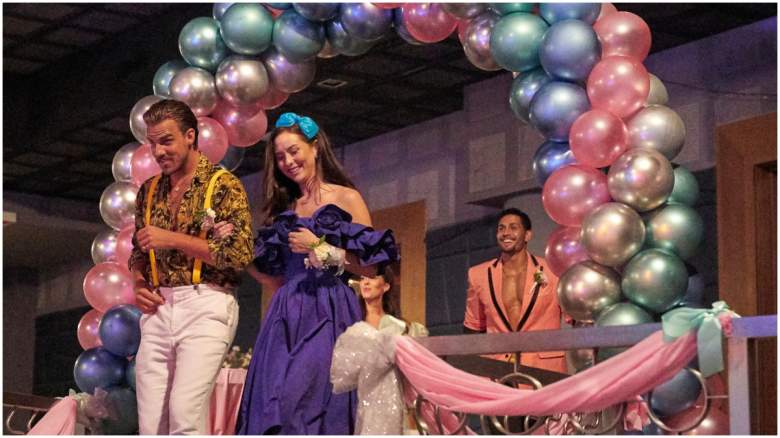 ABCNoah Erb and Abigail Heringer on Bachelor in Paradise.

But at some point, the couple resumed their romance camera. In early October 2021, the two were spotted together at a coffee shop in Oklahoma, sparking reconciliation rumors days before the final episode of the rose-filled reality show aired on ABC.

According to Us Weekly, Noah and Abigail’s rekindled relationship was confirmed as the closing credits rolled at the end of the “Bachelor in Paradise” finale. A message posted by the dating show said:  “Noah and Abigail left ‘Paradise’ and realized they missed each other. They are hanging out and taking things … SLOWLY.”

Loading more stories
wpDiscuz
0
0
Would love your thoughts, please comment.x
()
x
| Reply
The 'Bachelor in Paradise' couple broke up on the finale, but they gave a post-show update