It’s possible that The Bachelorette will be canceled completely this season — at least that’s what Reality Steve suggested could happen in his latest blog.

Reality Steve recently shared information he’d received about who had inked a deal to become the next Bachelorette. As previously reported by Heavy, that person was Katie Thurston. A short while later, Thurston denied the report. Now, without a new lead announced, and some serious controversy rocking Bachelor Nation, the future of the show is unclear.

“What I reported to you after the [Women Tell All] taping 2 weeks ago, when checking back with it this weekend, I was told the same thing: Katie was going to be the ‘Bachelorette.’ Now, I don’t see that happening. Hell, we don’t even know if there WILL be a ‘Bachelorette’ season. Maybe they delay it past BIP. There are so many questions right now, and unfortunately, I know you all want answers, but we just don’t have them all at this time,” Reality Steve wrote in his February 16 post.

“I don’t think anyone knows right now really what the hell is happening. We just don’t know. It honestly wouldn’t surprise me if the season got pushed back a bit. It’s probably unlikely, but if it does film, the whole aspect of who’s hosting it becomes a big question. And I think ABC will have to answer to rather shortly. If ‘Bachelorette’ does film as scheduled, filming would start in about a month. That may seem like plenty of time, but that’s if everything was running smooth in the franchise. Which it isn’t. At all,” he added.

Because of everything that’s going on within the franchise — from the controversy surrounding Rachael Kirkconnell on Matt James’ season of The Bachelor to Chris Harrison’s insensitive comments — it’s entirely possible that there will need to be some kind of reset. 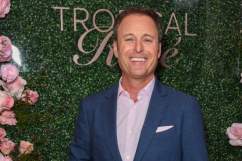 The fact that a new Bachelorette hasn’t been named (or that it was maybe supposed to be Katie and now it’s … not) doesn’t necessarily spell disaster. In past seasons, the official reveal of the next Bachelorette hadn’t been made until March, so it’s technically still early. And yet, Reality Steve explains the situation going into the new season is far from ideal.

“Do they take a season off and do a full reboot of the show? Do they continue with ‘Bachelorette’ in a month, new host and all, and try to fix things on the fly? Your guess is as good as mine, but I’d say these next few weeks will probably be the most important weeks in this shows history. They need to have an exec come out publicly and give a detailed explanation as to HOW they are going to change going forward,” Reality Steve blogged.

‘Bachelor’ Franchise Executives Have Yet to Speak out

Executives associated with the Bachelor franchise have yet to speak out on the controversy — or the future of the show.

The show’s creator, Mike Fleiss, tweeted that an “announcement” was “coming soon” in regard to the franchise’s next Bachelorette. However, there still hasn’t been any confirmation, official or otherwise, about who will take the lead.

There also has not been any date given — or any kind of timeline — for when the show is expected to air. In fairness, the latter is not super common, especially since The Bachelor is still on television.

As Reality Steve pointed out, ABC executive Robert Mills hasn’t said anything about what’s going on with Rachael Kirkconnell, Chris Harrison or Rachel Lindsay — but that might have to happen in order for the franchise to move forward.

“Mills is the only show mouthpiece left, and people want answers. He’s gonna have to be the guy to not only answer for what the plan is formatically [sic] going forward, but also what they are doing to basically turn the whole show around to where everyone doesn’t think it’s tone deaf, racist, and doesn’t minimize contestants that are BIPOC,” Reality Steve writes.

Mills’ most recent tweet about the franchise is below.

See you next week for a very special hometown episode #TheBachelor

READ NEXT: Will Michelle Young Be the Next ‘Bachelorette’?

Loading more stories
It's possible that 'The Bachelorette' will be canceled.