Katie Thurston’s season of “The Bachelorette” is winding down.

The 30-year-old bank marketing manager has whittled her pool of suitors down to four: Greg Grippo, Michael Allio, Justin Glaze, and Blake Moynes. But she still has more dates to go on, as well as a close-to-real time “After the Final Rose” special that will update fans on her current relationship status.

Here’s what you need to know about the rest of Thurston’s season.

According to spoiler king Reality Steve, Thurston’s season has fewer episodes than most seasons in the ABC dating franchise.

He also noted that based on some upcoming drama with one of Thurston’s suitors, he wouldn’t be surprised if there’s a ‘cliffhanger’ teaser between the penultimate episode and the finale.

Thurston’s hometown dates will air on Monday, Aug. 2, but don’t expect to see her flying off to the East Coast to meet Grippo or Glaze’s family or going to Canada to meet Moynes’ clan. According to a previous post by Reality Steve, the hometown dates won’t actually include anyone leaving the Hyatt Regency Tamaya Resort & Spa in Santa Ana Pueblo, New Mexico, where filming for Thurston’s season took place. As with Matt James’ season of “The Bachelor,” Thurston’s season was filmed in a COVID-19 bubble, so it will be her suitors’ family members who travel to New Mexico to meet her instead of her jetting across the country.

Overnight Dates in the Fantasy Suite 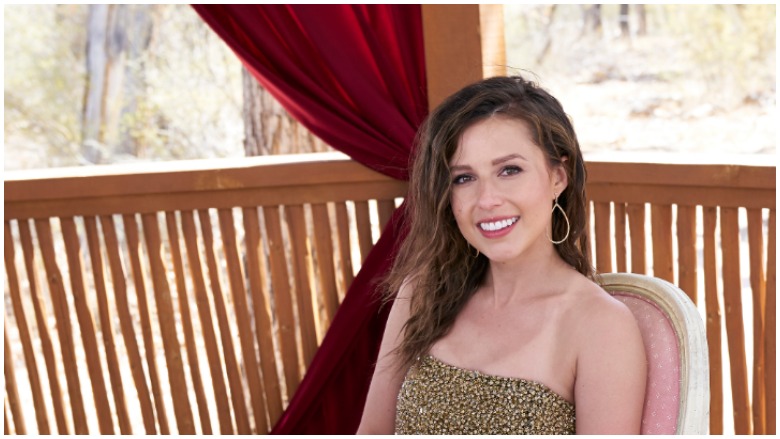 A highlight of any “Bachelor” or “Bachelorette” season is the fantasy suite dates. The overnight dates mark the one time that the lead can get some camera-free alone time with his or her potential mate.

While there are few spoilers about Thurston’s overnight dates, “The Bachelorette” star did tease that she got intimate with at least one of her guys behind the scenes.

“I have sex in the fantasy suites, so you heard it here first,” Thurston told Entertainment Tonight in June 2021. “We all know it happens, but no one’s talking about it!”

‘The Bachelorette’ Finale/After the Final Rose 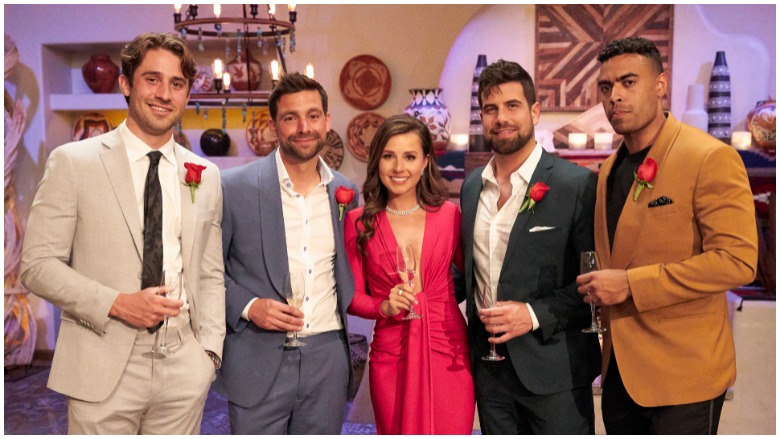 ABCKatie Thurston with her final 4 suitors on The Bachelorette.

Thurston’s season will wrap up on August 9, 2021, most likely with a supersized episode. Not only will she hand out her final rose, but if her season follows the usual formula, she will give an update on her relationship status during a three-hour finale. A recent Reddit spoiler thread spilled some details on what sounds like an explosive finale that fans won’t want to miss.

ABC has not yet confirmed Thurston’s After the Final Rose” episode, but a photo from the taping has already been leaked and it appears that newcomer “Bachelorette” co-hosts Tayshia Adams and Kaitlyn Bristowe will also host the “AFTR” special. In a photo leaked and then deleted by comedian Gary Cannon, Adams is wearing a strapless silver mini dress, Bristowe is rocking a bright pink dress and Thurston is wearing a sparkly white dress as they pose together on what appears to be the set of a television show. Rose petals are all over the floor in the photo, which is a major teaser that the pic was taken at the “After the Final Rose” taping.

Thurston’s potential “AFTR” special is great news for fans, as Adams did not get one last fall after wrapping her season of the ABC dating show.

At the time, former Bachelor host Chris Harrison took to Twitter to explain why Adams didn’t get a proper send-off with the traditional “After the Final Rose” update special.

“It pains me there’s no AFR live special this #TheBachelorette season,” Harrison wrote in December 2020. “Due to being pushed into the holidays and the difficulty of bringing people safely together during this time it just wasn’t possible.”

Loading more stories
wpDiscuz
0
0
Would love your thoughts, please comment.x
()
x
| Reply
Katie Thurston's season of 'The Bachelorette' is coming to an end.