ABC Kaitlyn Bristowe and Clayton Echard on After the Final Rose.

Kaitlyn Bristowe is being slammed by fans of “The Bachelor” following an awkward segment with ABC’s new leading man, Clayton Echard.

When Clayton appeared on the “After the Final Rose” special for Michelle Young’s season of the franchise, solo host Kaitlyn said she wanted to “address the elephant in the room.”

“There’s been a lot of mixed reactions to you being announced as the new Bachelor,” she said. “And I thought there’s nothing like facing your haters head-on.”

Kaitlyn then revealed that she “pulled a few of the more interesting” Twitter comments about Clayton and she instructed him to read them out loud on the live ABC broadcast. She compared the stunt to late-night host Jimmy Kimmel’s mean tweets segments with celebrities on his show.

‘They found 30 women desperate enough to date this guy? Where? #quarantinegoggles,” came the first tweet about Clayton.

“Roses are red, violets are blue, Clayton is the Bachelor and I just puked in my mouth #ICanStillTasteIt,” came another.

“I hope Clayton uses protection in the fantasy suites, otherwise 9 months later there are gonna be a lot of baby Shreks running around,” read the third tweet.

Another Twitter user declared “we don’t want him” in reference to Clayton as the next “Bachelor” star.

Kaitlyn giggled throughout the segment as she cued up the mean-spirited tweets, while Clayton laughed off the comments and noted that they all seemed “pretty PG” compared to what he has read about himself online.

Bachelor Fans Were Furious About the Segment – For Two Reasons

“Bachelor” fans reacted to the segment on social media. Many were angry that the mean tweets were used to show insults at Clayton instead of addressing fan outrage over the fact that a man of color was not cast as the new “Bachelor.” Michelle Young’s final four suitors were all Black men, a first in the franchise’s 20-year history.

In comments on Twitter and Instagram, viewers called the segment “cringeworthy” and “totally unnecessary.” Others called the humiliating segment a “new low” for the franchise.

“Not them showing genuinely mean tweets about Clayton to erase any valid arguments about other candidates for the bachelor,” one Twitter user wrote.

“It was a lose lose. They embarrassed their new lead and didn’t address the legitimate concerns,” another wrote on Instagram.

Other critics zeroed in on Kaitlyn, who served as the host for the “After the Final Rose” special on her own after co-host Tayshia Adams stayed home due to a recent COVID-19 exposure.

“Kaitlyn sucks as a host and Clayton didn’t deserve the mean tweets. Whoever made that decision needs to find a new job. Leave the joke to @jimmykimmel cause that wasn’t funny. #TheBachelorette,” a viewer tweeted.

“That’s Bulls*** what they did to Clayton on air,” another wrote on Facebook. “Can’t believe Kaitlyn agreed to doing that and laughing. She said many times how much she’s cried and how hurtful it is when people bully her about her face. This added ZERO value to the show and gave the bullies who tweeted that crap air time. This was demeaning and childish. … Not Cool Bachelor Franchise. You should be ashamed of yourselves.” 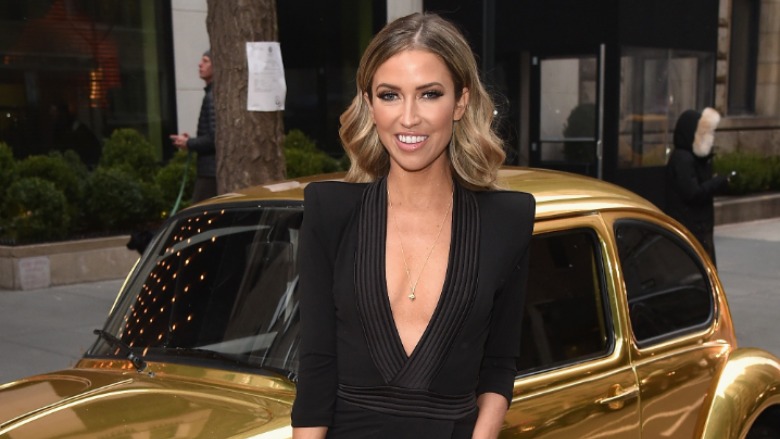 During her season of “The Bachelorette,” Kaitlyn experienced slut-shaming and online bullying. Then-host Chris Harrison addressed the hate on the “Men Tell All” episode.

“The cyber-bullying, and the hate — that crap has got to stop,” Harrison said in 2015, per Entertainment Tonight.  “Kaitlyn reads these comments, and she’s a human being.”

More recently, Kaitlyn has also been trolled online for her appearance.

During an interview on the “Click Bait With Bachelor Nation” podcast,  her fiancé, Jason Tartick, called out online bullies for targeting his future wife.

“I don’t know why people think it’s OK to say the sh*t they do on Twitter,” Jason said. “The way that people make comments, nasty comments, about people’s appearances—and obviously, specifically, I’m referring to Kaitlyn. It’s grotesque. It’s a joke.”