“The Bachelorette” star accepted a proposal from her final suitor, Blake Moynes, on the season 17 finale of the ABC dating show.  After telling her final guy, “This is the start of forever,” the “Bachelorette” star rode off into the sunset as an engaged woman.

Now all eyes are on her ring, which came courtesy of resident Bachelor Nation jeweler, Neil Lane. Except he wasn’t there.

Lane checked in via Facetime, presumably due to the COVID-19 pandemic, but it was “Bachelorette” co-host/mentor Tayshia Adams who sat with Moynes for his ring shopping at the New Mexico resort that the rose-filled reality show was filmed at. After looking at multiple diamond sparklers, the Canadian wildlife manager picked out the perfect ring for “The Bachelorette” star.

Check out the photos of Thurston’s ring below: 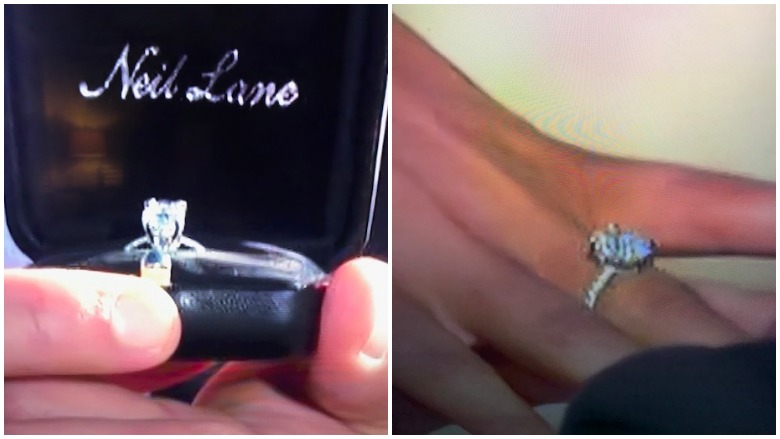 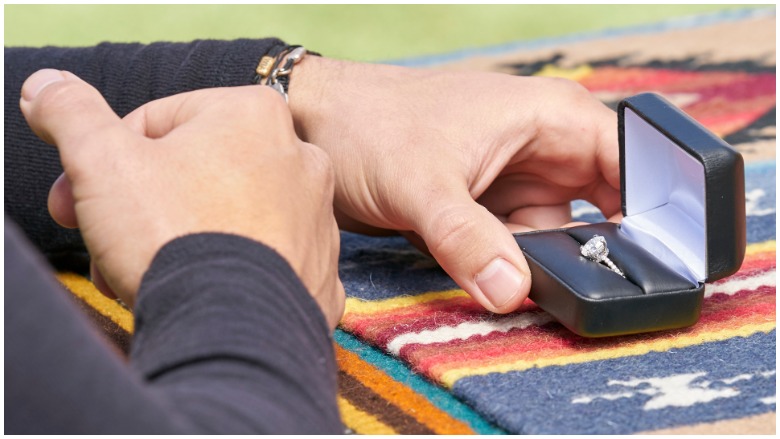 Lane told E! News Thurston’s handmade, platinum ring features an oval-shaped diamond that “is centrally set within a crown motif and a hidden diamond halo.” The band of the sparkler is adorned with “over 90 smaller round diamonds for a total weight of three carats,” the outlet noted. 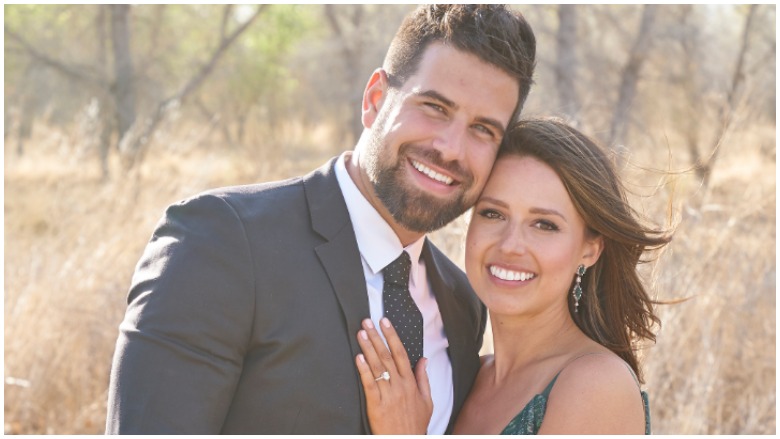 ABCBlake Moynes and Katie Thurston on The Bachelorette finale.

While he missed the in-person ring pick this year, Lane told Hollywood Life it is “so special” to meet with the final two men each season.

“You’re dealing with these guys that have met the love of their life,” the celebrity jeweler explained. “In that moment, they’re the most in love. They’re looking at six rings that they’ve never looked at before, and trying to decide. We do film for quite a while and what we see on TV is probably just five to ten minutes of that. But it’s a huge emotional thing.”

Katie Previously Teased Fans By Showing Off Her Ringless Finger 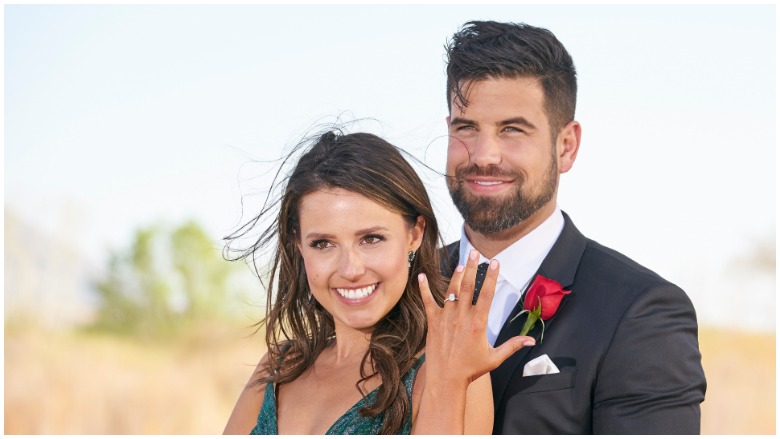 ABCKatie Thurston shows off her engagement ring from Blake Moynes.

Thurston’s ring – or lack thereof – has been a “thing” all season. “Bachelorette” fans were unsure of the results for Thurston’s season earlier this year when she shared a video on her Instagram story that teased her ring-less finger. On April 29, the ABC leading lady posed in a green bikini while on a boat, and she made certain to show off her naked finger.

“My family trying to find a ring,” she captioned the clip, per Life & Style.

“Bachelor” spoiler king Reality Steve Carbone spoiled the news of Thurston’s engagement to Blake Moynes early on, and it was seemingly confirmed recently when she was caught with some bling on her engagement ring finger after a photo leaked on Reddit following the taping of the “After the Final Rose” special in July.

Clare Crawley Had a Short Bachelorette Season, But She Received the Biggest Engagement Ring in Franchise History 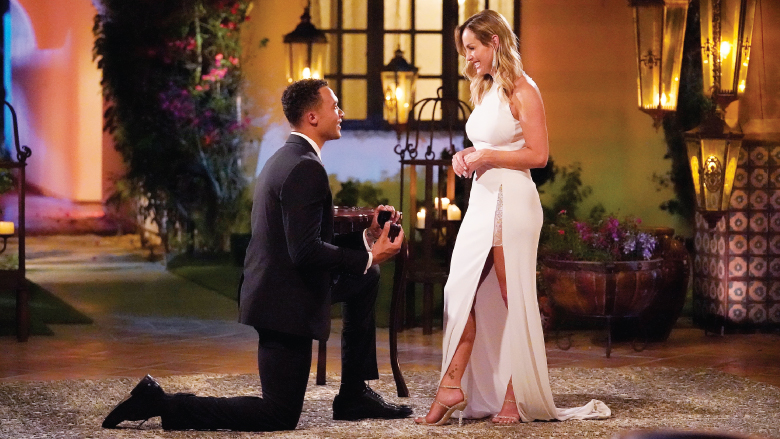 ABC/Craig SjodinDale Moss proposed to Clare Crawley with a Neil Lane Couture ring on ‘The Bachelorette.’

“The Bachelor” franchise has been doling out rings for nearly 20 years, and Thurston’s sparkler appears to be in line with the usual size for Neil Lane gems given out to Bachelor Nation brides-to-be.  According to Life & Style, the diamonds on the show average between 3 and 4 carats in size, but the biggest ring in the franchise history was given to Clare Crawley, whose rock from Dale Moss was 5 carats. The radiant cut diamond framed with accent diamonds and an encrusted band is estimated to be worth more than $100,000, the outlet noted.

Of course, if a Bachelor Nation engagement falls through, so does the ring. Former host Chris Harrison once told Entertainment Weekly,  “There’s some rule, I don’t know what it is, honestly, what the contract is, but after a certain number of years or whatever, you get to keep it anyway. But if it’s like months, then, you know… it comes back.”