ABC Kenny Braasch and Mari Pepin-Solis of Bachelor in Paradise.

A Bachelor Nation bride-to-be is already talking about babies.

Days after the “Bachelor in Paradise” finale unveiled the engagements of three couples, one of them revealed they’re on the face track to a move-in—and maybe even parenthood.

In an interview with the “Talking It Out With Bachelor Nation” podcast, “Paradise” fan favorites Kenny Braasch and Mari Pepin opened up about their age gap – he is 40, while she is 25 – and how it will affect their plans to start a family.

Kenny & Mari Opened Up About Their Plans to Have Kids 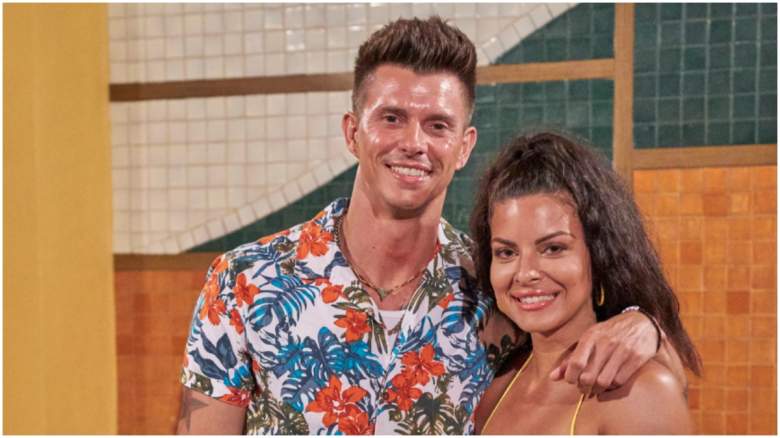 In the interview, Mari revealed that she talked to Kenny about kids early on when they were filming “Paradise” over the summer.

“Actually, I think that was our second ever conversation on Paradise,” she said. “I asked him because I know I want kids in the future and I was like, ‘Hey, you’re a little older.’ That was a very early-on conversation because obviously if he didn’t want kids, then that’s something I would have had to consider and possibly head in a different direction. But he told me he’s open to it and he’s good with or without.”

Kenny revealed that Mari told him she wants five kids, but he playfully shot that idea down.

While they may have to compromise on the number of kids they have together, Mari, who was born in Puerto Rico,  also said that she wants to raise her future children in the Puerto Rican culture. She said she wants her children to learn the Spanish language and make sure they know the music, dance, and cooking from their heritage.

Mari also revealed that she and Kenny spent a lot of time having important conversations while sequestered in “Paradise” because they were only filming the ABC dating show for a few weeks and had no time to waste.

“That was kind of the reasoning behind having those serious conversations early on for me because I don’t want to waste my time,” she explained. “I know what I want. I know what I’m looking for in a partner and if this person is not going to fulfill those things and I need to look elsewhere, thankfully, he does check all of those boxes.”

Mari revealed that while they are currently still living apart – she is living in Maryland while Kenny is living in Chicago – that will soon change. Mari said she plans to move to her fiancé’s hometown within six months.

“The plan is for me to move… to Chicago some time next spring,” she said on the podcast.

Mari, who works as a marketing manager, also told On the Red Carpet that she already found a job in the Windy City.

“We haven’t solidified a date for our wedding yet, but in the next couple of years,” she said of the couple’s timeline to get married. “And then down the line a couple of kids.”

The bride-to-be told Us Weekly the two have already agreed on a locale for their nuptials.

“So we haven’t set, like, a wedding date or anything yet … we did agree to get married in Puerto Rico, [which is] where I’m from. So there’s that,” she said.

In the “Talking It Out” podcast, Kenny admitted that he would have married Mari right on the “Paradise” beach in Mexico if he could have.

Loading more stories
wpDiscuz
0
0
Would love your thoughts, please comment.x
()
x
| Reply
The 'Bachelor in Paradise' couple opened up about plans for their future.