Every season of “The Bachelorette” seems to have a “villain,” and Katie Thurston’s round on the rose-filled reality show is no exception. The Season 17 star originally had 34 suitors competing for her love, so it’s no surprise that at least one guy is already being labeled a bad egg in the bunch.

Before the season even started airing, “Bachelor” blogger Reality Steve Carbone named contestant Thomas Jacobs as a “villain” who “ruffles some feathers” with Katie’s other suitors.  It doesn’t help that “The Bachelorette” star zeroed in on him early in the competition, making him a big target for the other guys.

On his RealitySteve.com blog, the spoiler king noted that Thomas is “an early favorite that quickly wears out his welcome with some of the others.”

So, is he there for the right reasons? Here’s what we know about Thomas Jacobs so far:

On his bio for ABC, Thomas’s profession is listed as “Real Estate Broker” living in San Diego. The 28-year-old also has a bio on Zillow, where it states that he is in the top three percent of all real estate professionals in his area and has been listed in the prestigious San Diego Association of Realtors Circle of Excellence since 2016. Even more impressive is that he’s a social equality ambassador who launched a project focused on achievement in the real estate industry for minorities.

2. He Was a College Athlete

Thomas’ Zillow bio also reveals that he played basketball while attending the University of San Diego. He has also coached youth basketball. On his Instagram page, he also shared a photo of him running—and he looks like he means business on the track.

3. He’s a Dog Lover & Donates His Time To Organizations Devoted to Animals

“Bachelorette” fans know that Katie Thurston is a cat lover, but she must love dogs, too, if she ends up with Thomas. He has shared photos of his two pups, Leo and Sophia, and has also been involved with the San Diego Humane Society.

4. Food is His ‘Love Language’

On his ABC bio, Thomas noted that his future soulmate must have a “healthy appetite” because  his “love language is food.” “The Bachelorette” bio states that he “loves to show romance by bringing his loved ones their favorite dish, and one of his favorite ways to show someone his beloved city of San Diego is through his meticulously curated tour of the best burritos, burgers, and brunch the city has to offer.”

On his Instagram bio, he also expressed his love for food. “I love helping people. And appetizers,” he wrote.

5. His Favorite Flower is Not a Rose 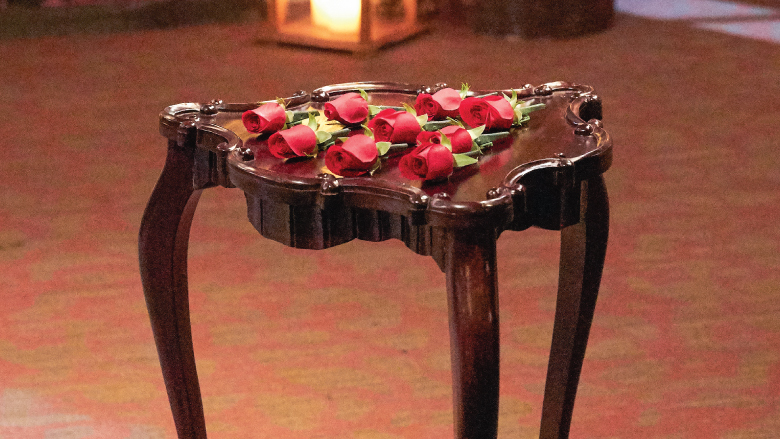 Perhaps the biggest surprise about Thomas Jacobs is that his favorite flower is not a rose, the signature stem that Katie will dole out to her suitors all season long on “The Bachelorette.” Instead, his ABC bio says: “Thomas’s favorite flower is a sunflower.”

Will you accept this sunflower? Doesn’t quite have the same ring to it!

Loading more stories
wpDiscuz
0
0
Would love your thoughts, please comment.x
()
x
| Reply
Here's what to know about this season's 'villain.'