Stephen Colletti opened up about the viral photo his ex-girlfriend Kristin Cavallari posted of them over the summer, and he revealed that the reaction was so crazy that he had to turn of his phone for a full day after it went viral.

In a new interview with Page Six, the 34-year-old former Laguna Beach star said the response to the pic, which featured the two cuddled together in a dimly lit setting,  “was a bit of a shock.”

“It was nice to see that it was received in a positive way,” the actor said.  “People look back on a show that was out a long time ago and have some fond memories of watching it with their friends and maybe can relate to some high school relationships that they had.”

“My phone had to be turned off for the day,” he added.

The photo was shared on Instagram in August when Kristin traveled to California four months after announcing her split from Jay Cutler. One of her meetups was with her old Laguna Beach boyfriend, so she took the opportunity to give fans a nostalgic walk down memory lane by posting the sweet pic.

“I knew it was going to create a little commotion, I didn’t know to what degree,”  the Uncommon James founder said of the snap, in an interview with the On The List with Brett Gursky podcast.

“That’s my most-liked photo on Instagram ever. More than my kids. More than anything in my life. That photo with Stephen,” she said. “Then, of course, everyone was like, ‘Oh my God, are they back together?’ I love Stephen, I’ve always loved Stephen, and clearly, you know, 15 years later we’re still really good friends …I  mean, I think it’s really neat that people are still so invested and it really takes people back to that time.” 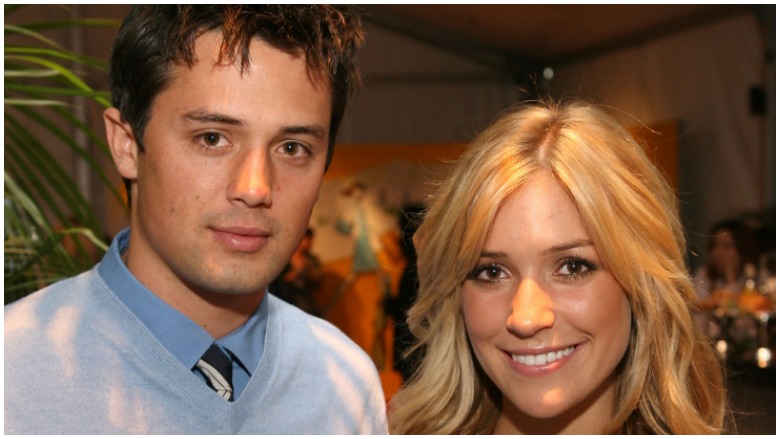 Kristin revealed that she actually brought her kids Camden, Jaxon and Saylor with her to the trip back home to Laguna Beach and that they saw “a lot” of people, not just her ex.

As for the day the now-viral photo was snapped, an insider told People that Kristin visited with another former Laguna Beach star, Alex Murrel Johnson, earlier in the day then met up with Stephen for dinner later.

In response to fans who are still shipping the former high school sweethearts,  Kristin also told People that dating was the “last thing” on her mind so soon after ending her 10-year relationship with her ex-husband.

“Stephen and I have remained really good friends over the years. I love him to death, but no we’re not dating,” she told the outlet. “That’s the last thing on my mind right now. I’m not interested in anybody right now. I’m happy. I just got out of a 10-year relationship, I don’t really want to put energy into anything else right now, other than my kids and Uncommon James and my friends.”

Since that time, Kristin has been rumored to be dating comedian Jeff Dye.

Loading more stories
wpDiscuz
0
0
Would love your thoughts, please comment.x
()
x
| Reply
Stephen Colletti opened up about the viral photo his ex-girlfriend Kristin Cavallari posted of them over the summer