Matt Lauer attends a celebration of the Rolling Stones in 2016.

Matt Lauer, who was fired Wednesday morning after an NBC colleague reported “inappropriate sexual behavior,” is a married father of three who reconciled with his wife after she filed for divorce in 2006.

The firing is a stunning end to one a two-decade run as co-anchor of Today. It makes Lauer, a fixture in various roles on NBC since the early 1990s, one of the highest-profile men whose careers have been derailed by allegations of sexual misconduct.

1. He Is Married to Annette Roque 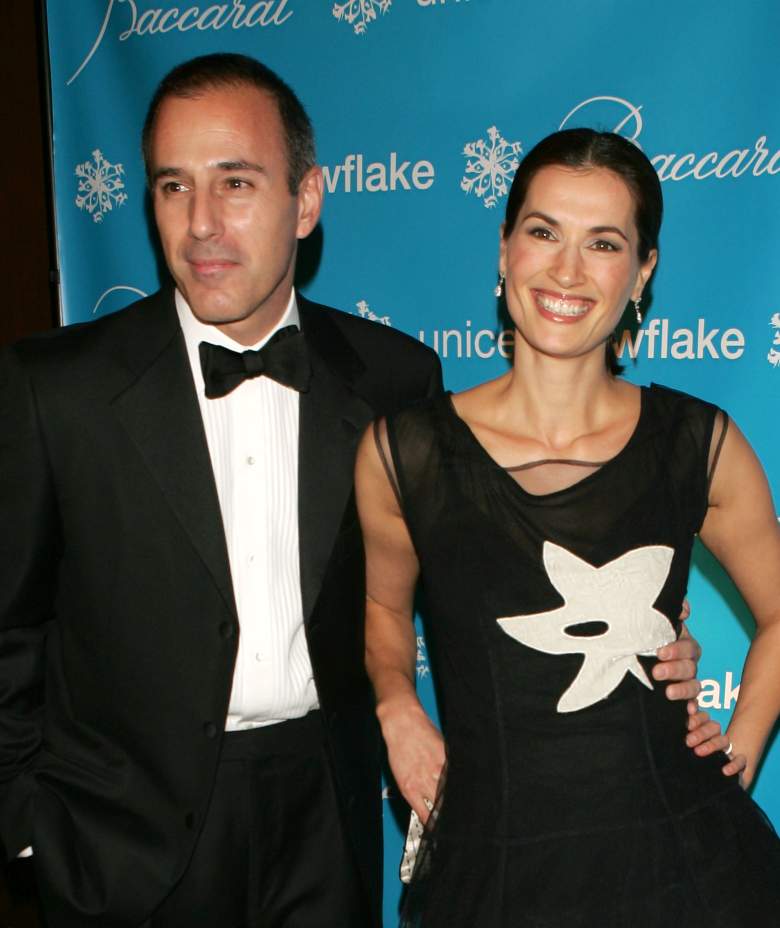 Lauer’s first marriage to TV producer Nancy Alspaugh ended in divorce in 1988. He was engaged to Kristen Gesswein, but they split in 1996.

He later married former Dutch model Annette Roque in 1998, and the two are still together.

“She is the most interesting person I have met,” Lauer said of Roque at the time, according to the Daily Mail.

In prior interviews, Lauer has said when he decides to retire, he and his wife have discussed living in Europe for part of the year since Annette is from the Netherlands.

“Which means our kids are half European,” he said during a Facebook chat for Today. “We’ll probably split our time between here and there.”

Lauer nor his wife have made a statement following the news of his firing.

The couple have three children: Jack, Romy and Thijs.

As Lauer talked about in the Facebook chat, he’s “not famous at home. I’m just Papa.”

The news anchor said, “when they get a taste of it out in public, I think it bothers them a little bit.” But he went on to explain there are also a few perks.

“I’m lucky because I actually get to interview most of the people my kids become obsessed with,” said Lauer. “I was a very popular dad when Ariana Grande was on the show last summer.”

Lauer added that his favorite thing about parenthood is receiving “the hugs at bedtime.”

3. His Wife Filed for Divorce in 2006, but the Pair Reconciled Shortly After 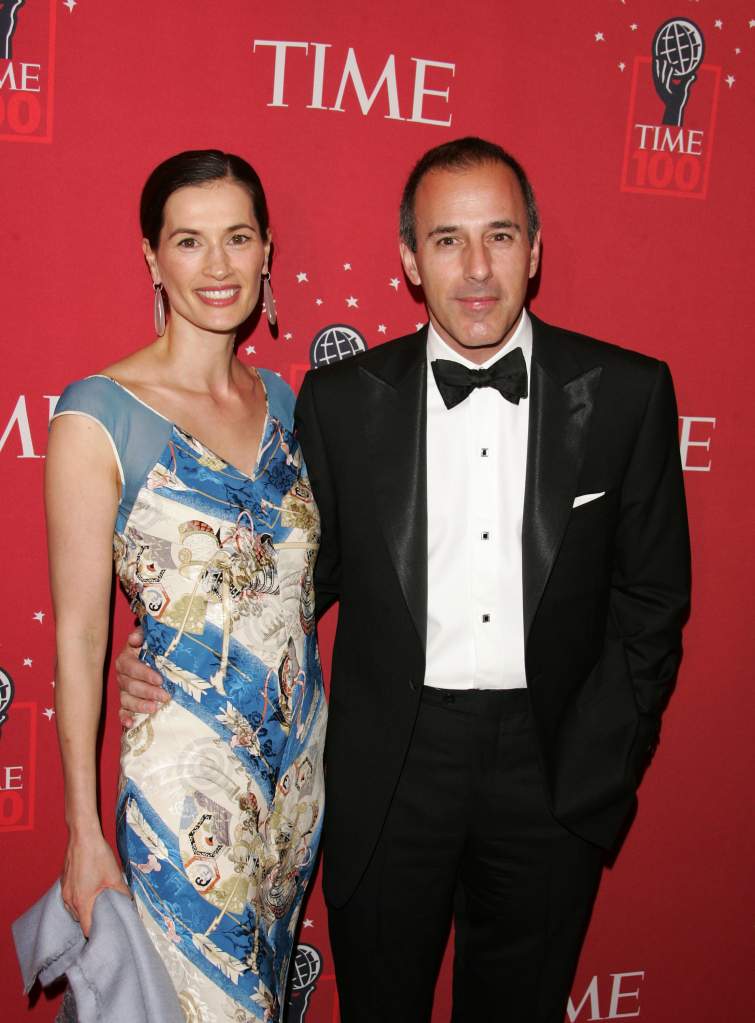 Matt Lauer and his wife attend the Time Magazine’s celebration of the 100 most influential people on May 8, 2007 in New York City. (Getty)

In 2006, Annette filed for divorce from Lauer, but weeks later she withdrew the papers. At the time, Annette was pregnant with their third child. The couple had two sons at the time these papers were filed, Jack, then 5, and Romy, then 2. The documents only came to light in 2014.

InTouch Weekly reported that the legal documents included claims that Annette experienced “cruel and inhumane” treatment from her husband, who demonstrated “extreme anger and hostility.”

“The conduct of defendant [Matt] so endangers the physical and mental well-being of the plaintiff [Annette] so as to render it unsafe and improper for plaintiff to cohabit with defendant,” Nancy Chemtob, the attorney for Annette, reportedly said in the legal documents.

“Defendant has continuously and repeatedly given higher priority to … personal interests than his family obligations to plaintiff, causing plaintiff to feel abandoned, isolated and alone in raising the parties’ children,” the papers continued.

Lauer filed his own legal action days later, saying any “cruel and inhuman treatment” he may have exhibited was “provoked” by his wife. 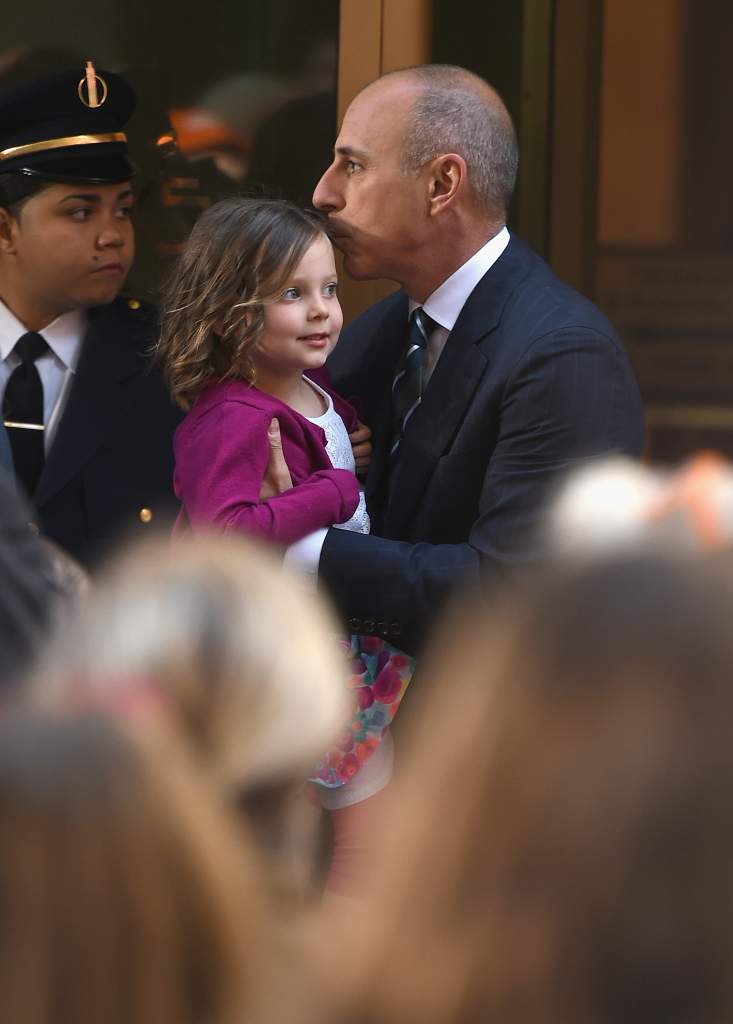 Matt Lauer and his daughter are photographed on the set of the Today Show on May 22, 2015 in New York. (Getty)

During a Facebook chat, Lauer said striking the right balance between his career and family life can be difficult.

“It’s a challenge for me just as it’s challenging for everyone else. There are times when the schedule of this job interferes with things I want to be a part of at home,” he explained. “I have understanding bosses who let me take time for family events when I need it. Yesterday, for example, I was with my family digging out from the snowstorm.”

Lauer added that every weekend they reserve time for family lunches and dinners. 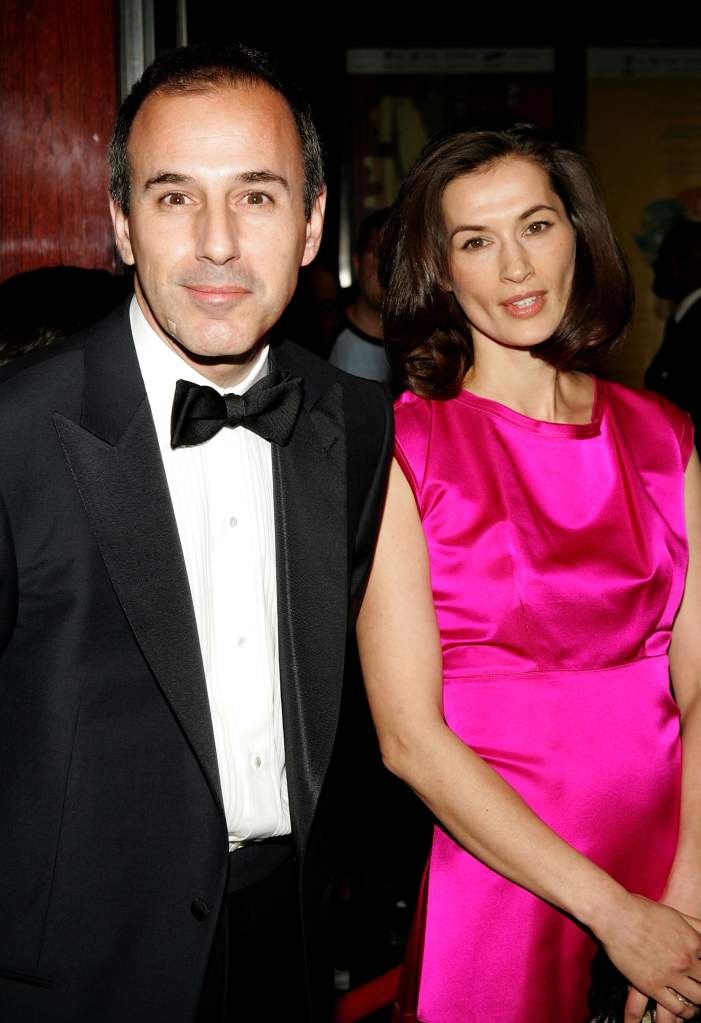 Matt Lauer andAnnette Roque have been married since 1998. (Getty)

In June 2016, Lauer purchased a North Haven, New York property known as Strongheart Manor from Richard Gere for $36.5 million, as reported by The New York Post.

Gere’s home was listed with an initial asking price of $65 million back in 2013, according to the Post.

The sprawling home was built in 1902 on Peconic Bay and has 12 bedrooms. The 14,000-square-foot main house has been completely renovated and includes a formal living room, a dining room, a family room, and a kitchen as well as an adjoining breakfast area.

The 6.2-acre property also includes a waterfront pool, basketball court, a waterfront pond with a bridge and a tea house, according to the New York Post.

Lauer has explained his family enjoys spending time together at home, but also loves traveling. In a Facebook chat, he said they make an annual ski trip to Colorado.

“There are very few things I like more than standing at the top of a slope with Annette and the kids,” Lauer said.