You have to ask yourself if the Westboro Baptist Church agree with you, maybe you should rethink your policies. In a series of tweets sent in the aftermath of Trump’s announcement that transgender people would be banned from military service, the church endorsed the controversial move.

The hateful holy rollers from Topeka, Kansas, wrote in one message, “Love it! Love it! Love it! President Trump says no transgenders in the U.S. Military. #DontStopThere.” A separate message read, “A miracle-out of a proud sinful @WhiteHouse came this righteous policy.Thank God! More of these for God’s blessings.”

Though the church did take the time to have a little dig at Trump’s previous indiscretions saying, “Good start, now will he put away his idols & adultery!” The church held one of their famous pickets during Trump’s inauguration in January 2017. While Lee Ann Phelps, a registered Democrat, told the Daily Caller in March 2016 that she felt Trump was “sort of fringe.” Though, Phelps, daughter-in-law of the church’s founder, Fred Phelps, said she didn’t know who she would vote for in the general election.

Earlier in 2017, the Westboro crowd announced that they were beginning their “Transgender Tour.” The campaign began at the University of Nevada where the group sought to eliminate the acceptances of transgender people in society. According to the church’s website, their tour will continue in September 2017 at the University of Kansas in Lawrence. The group said in press release that, “KU leads the collegiate world in filthy deeds, e.g. picking pronouns, pushing sodomite sin and now, a residence for the transgender perversion. Westboro Baptist Church will protest this proud sin when KU plays Southeast Missouri State.”

This marks the first time that the church has been in the news since Paul McCartney openly mocked them on Twitter. The group protested outside of his show in Kansas earlier in July. McCartney retaliated by posting a tweet with photoshopped images of their signs. The photoshopped versions read, “We can work it out”, “I wanna be your MAN!” and “All you need is LOVE.”

Thanks Westboro Baptist Church for the warm welcome! #OneOnOne pic.twitter.com/KZmycxMgq9 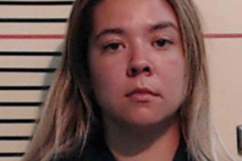 Loading more stories
wpDiscuz
13
0
Would love your thoughts, please comment.x
()
x
| Reply
You have to ask yourself if the Westboro Baptist Church agree with you, maybe you should rethink your policies.