The widower and AIDS activist Sean Sasser has passed away. You may have seen him as the boyfriend, turned husband, turned widower to MTV The Real World’s Pedro Zamora. Have a look at some of the inspirational words people have expressed over Twitter in memory of Sasser.

Pedro Zamora and Sean Sasser taught me that love is love. They were the first gay people I “knew.” Goodbye, Sean. – http://t.co/wXcd2qYLme

AIDS activist Sean Sasser died. Many know him as boyfriend of #RealWorld Pedro Zamora. Still humbled by his bravery all those yrs ago

If you were inspired by Sasser in any way, share it!

RIP Sean Sasser. Many will remember you for the Real World, but I will always treasure your artful desserts @risdc. http://t.co/v1WHNHU2jL

I just burst into tears. Now he and Pedro and be together forever.Sean Sasser, AIDS Activist And MTV Star, Dead At 44 http://t.co/UaGoVSesHT

Sean Sasser died. He, Pedro, Judd & Pam were such an education/inspiration for me as a teenage gay boy just coming to out in a scary world.

My hearts. Another beacon of light in our community is darkened tonight with the passing of AIDS activist Sean Sasser. In your name we fight

Very sad news about Sean Sasser- one of my heroes who gave me hope that I would one day find love as a "Poz Sean". Thank you, Sean.

Our friend Sean Sasser has died. Our love goes out to his family & husband Michael. We will miss u so much. pic.twitter.com/2WsaChdcAQ

So sorry… So sorry…we lost a hero today…. A real live hero…we love you Sean Sasser and will miss you forever http://t.co/9dzcFNwWXE 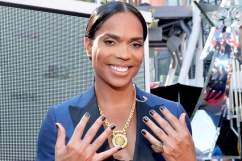 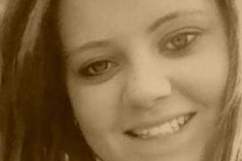