Meeting My Boyfriend For The First Time Ever After 3 Years Online [Long Distance Relationship]♥We originally met during an Xbox Live game of UNO, and from there our friendship just continued to grow over time until one day, I no longer saw him as my friend, but as something much more deeper. After 3 years of talking to each other via mobile device, & through Skype, & Xbox, this is the moment I finally got to meet Anthony on March 1st, 2013.2013-03-14T01:18:19.000Z

Sadie Gilson met Anthony online while playing an Xbox game. The two immediately hit it off and began to talk, and eventually date, via all forms of online communication.

After three years of “dating”, they finally decided to meet.

Unfortunately, it’s one of the most cringe-worthy meetings you can imagine. The entire video somehow has the metaphysical power to extend the awkwardness of Sadie and Anthony’s hotel room meeting right into your very own home.

But good on Anthony for waiting three-years to get laid. Most guys wouldn’t have that patience. 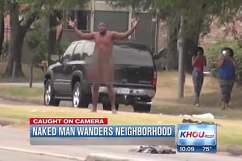